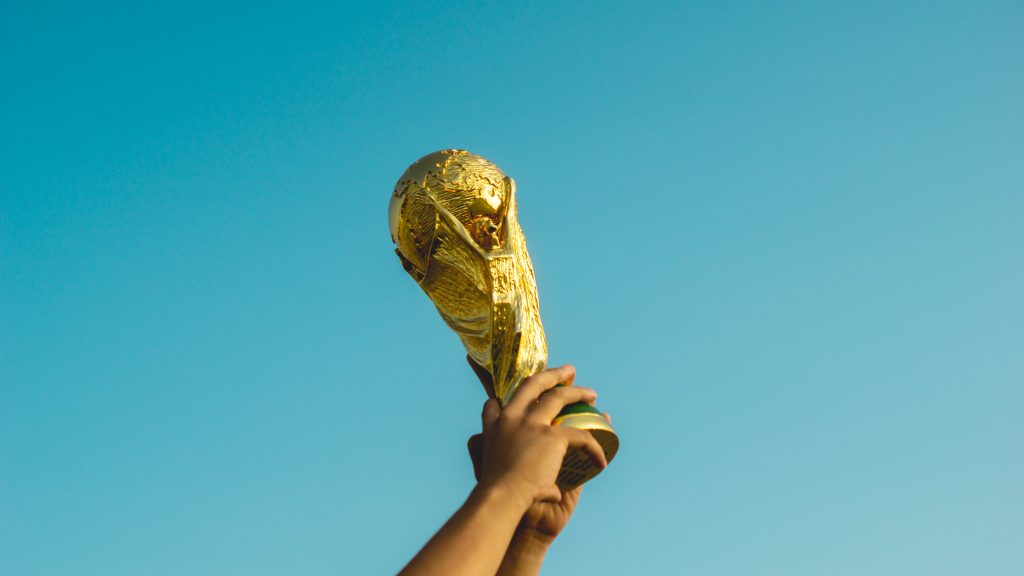 Qatar’s right to host the FIFA World Cup in 2022 hasn’t come without its controversies.

Amid controversial allegations made by multiple different people within FIFA and in the press, the World Cup in Qatar is still due to begin this November.

Putting aside the dispute surrounding the World Cup bid, the tournament promises to be a more different experience for both travelling fans and fans watching from home.

The major difference between Qatar’s World Cup and any other previous edition is, of course, the fact it is being played out across November and December, due to the sweltering conditions of the Qatari summer in June and July, when the tournament has traditionally been played out.

The staging of the tournament in the European winter means that most domestic leagues across Europe will be taking a break across the World Cup period, with the Premier League’s final set of fixtures before the competition coming on the weekend of 12-13 November, before the league resumes on Boxing Day.

This will cause a disruption to the European football calendar, but following the three months break due to the outbreak of coronavirus from March-June 2020, this will feel minuscule compared to what we have recently experienced.

The logistics of the World Cup this year should mean that fans will be able to the multitude of different stadiums across Qatar in a much easier fashion than they will have ever experienced before, with the country itself being roughly around the same size as Yorkshire, and slightly bigger than Merseyside.

All the stadiums have been purpose-built for the tournament, but that again has come amid the backdrop of some extremely serious human rights allegations, which have very much tainted the excitement ahead of the World Cup.

Onto the on-pitch matters: the tournament itself should provide a lot of winter excitement for fans of England, who firmly believe they now have a squad capable of mounting a serious challenge to that ever-so coveted second World Cup.

The success of the 2018 World Cup and Euro 2020 under Gareth Southgate, as well as the emergence of talents such as Jude Bellingham and Emile Smith-Rowe, will do nothing to deter the excitement of the England fans.

Brazil manager Tite has recently confirmed that the World Cup in 2022 will be his final bow for Brazil.

He has won all there is to win as manager of the Brazilian national side, bar the World Cup, and he will be hoping he can add to the record five-time winners’ impressive trophy cabinet and secure their first World Cup for twenty years.

As per the last two tournaments, the man who rests the dreams of a nation on his shoulders this year will be Neymar, who ranks as the country’s second top goalscorer behind the one and only Pelé.

As well as Neymar, experienced figures such as Dani Alves and Thiago Silva were named in Brazil’s March internationals squad, and you’d be surprised if Tite dropped the 2019 Copa America winners from his final 23-man World Cup squad.

Current World champions and Nations League holders France are the favourites from the European continent to retain their title and win a third World Cup since 1998.

Didier Deschamps possesses an embarrassment of riches in all areas of the pitch for the national team, with Paris Saint-Germain star Kylian Mbappé potentially joining up with Real Madrid striker Karim Benzema as a front-two partnership.

But he will be wary of the complacency that led to their Euro 2020 exit when having seemingly been cruising a 3-1 up against the Swiss in the round of 16 with nine minutes of normal time remaining, Les Blues contrived to let the Swiss score twice, before losing the tie 5-4 on penalties.

Deschamps will know that his side needs to avoid those types of slip-ups if they are to have a chance of retaining their crown, but you would back them to make up for that in Qatar, with the Nations League victory in October proving to be a good platform ahead of the tournament.

Spain were unlucky to succumb to France in that Nations League final in October, but Luis Enrique will feel that his young side will be well equipped to build on their semi-final appearance at Euro 2020.

Enrique has managed to blend a mix of experience and youth into an impressive looking outfit, with Champions League and Euro winners such as Jordi Alba complimenting young Barcelona midfielder Pedri.

A side in similar territory to Spain are Germany, who had a disappointing summer at Euro 2020, having been knocked out by England at Wembley in the round of 16.

However, new boss Hansi Flick has been instated in the role, having won the Champions League with Bayern Munich in 2020, replacing the departed Joachim Löw.

Since then, Germany have won seven games on the spin, albeit against a limited quality of opposition, but it will still provide followers of Die Mannschaft with a bit of hope for a brighter future and a return to the recent glory days of six semi-final appearances in as many tournaments (one of which involved a World Cup win, and another involving a Euro 2008 runners-up medal.)

Alongside Brazil, Argentina probably provides the best chance of World Cup glory outside of Europe, as it stands.

Lionel Scaloni currently has the small factor of a certain Lionel Messi playing in what is likely to be his final World Cup and will be hoping to build on 2021’s Copa America victory, courtesy of a 1-0 win over old foes Brazil in the final.

Messi is also joined by players such as Lautaro Martínez, and Ángel Di María in an intriguing forward line, but much will rest on both midfield and the backline, which has so often been the undoing for La Albiceleste over the years.

Other teams who will fancy themselves to have an outside chance of World Cup glory will be Roberto Martínez’s ageing Belgium side, Cristiano Ronaldo’s Portugal and 2018 runners-up Croatia who will be ambitiously aiming to go one better this time around.

Amid the controversy, there will actually be some major tournament football for us to watch over November and December, and with lots of the planet’s biggest stars all gathering in the Middle East, it promises to be something to keep your eyes on.