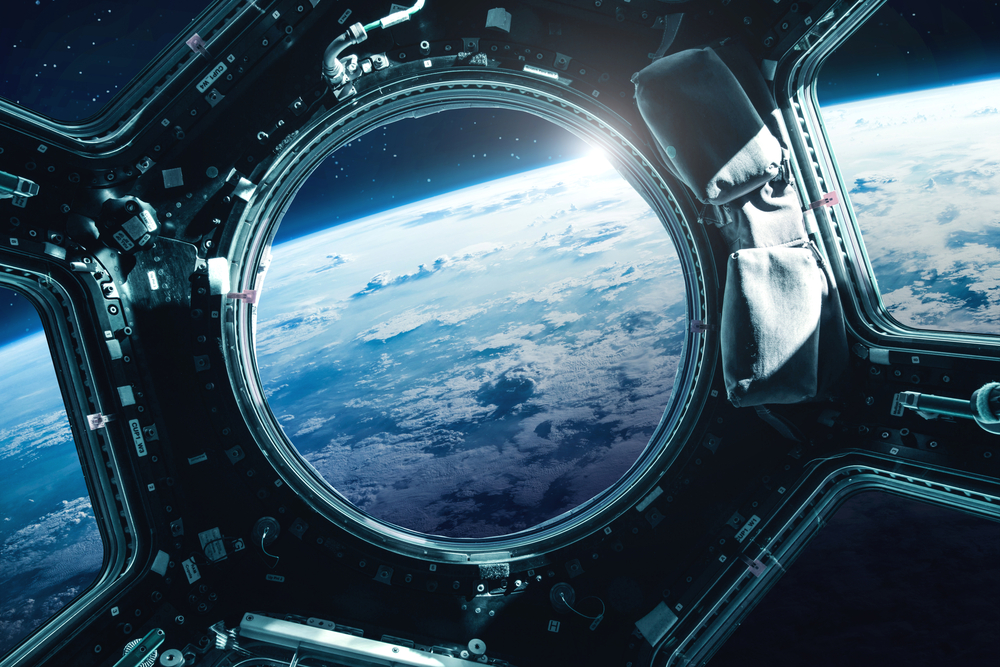 What was once the realm of science fiction is now reality. It’s now possible to book your very own trip to space- that is, if you have the cash.

Unfortunately, you probably don’t. This time last year SpaceX, Blue Origin and Virgin Galactic all flaunted their ability to fly passengers above Earth’s atmosphere, giving us the first look at the future world of space tourism. The problem is, with ticket prices ranging from hundreds of thousands to millions, this new industry has a very limited customer base. We’re told that it will change- that everyone can have a space adventure of their own, but how realistic is this, and will it ever affordable to leave Earth in our lifetime?

Those that say yes have pointed to the history of the aviation industry. It’s an adept comparison, just like rockets are today, planes were once an extraordinary luxury that few could afford. But little over a hundred years later, planes are now the most popular way to travel long distances and all for a relatively low price.

Broadly speaking, the affordability of air travel has been attributed to two things: Deregulation of the market and rapid improvement in technology.

Back in the 1970s, Air travel was generally expensive and inaccessible. In America, only 20% of Americans travelled by plane. This was in part due to strict government regulations which set the price for fares to guarantee profit for airlines and was overall unnecessarily bureaucratic.

In a rare case of deregulation working as it’s supposed to, the 1978 airline deregulation act saw the air travel industry dramatically change. Without strict government laws, the industry became far more efficient, flight numbers increased, and new start-ups were able to break into the industry. This environment naturally led to an atmosphere of fierce competition in which airlines were desperate to undercut each other and, as a result, flights became much cheaper and accessible. Since 1978, American airfares fell around 50% and the number of air passengers tripled between the 1970s and 2011.

The problem is that this can’t really be applied to space tourism. It’s an industry that evitability will have a very small amount of competitors. As expensive as starting an airline is, it’s not even comparable to how much you would need to build your own rockets and launch facility. This is why we only see the richest of billionaires being at the forefront of the industry.

Already, we can see that there is no serious attempt by any company to undercut their competition. They all charge relatively similar prices and aim to distinguish themselves based on their technology, Virgin Galactic’s Richard Branson even said there “isn’t any [competition]” between him and Jeff Bezos. Whether you believe that or not, the nature of the industry does not lend itself to the competition that made plane tickets so affordable.

Perhaps the more important development though is technology. Rapid improvements in the airline industry made it affordable for planes to seat more passengers, making more profit for similar operating costs while making tickets more affordable to increase demand. Early airlines had an extremely high operating cost per plane, much like current rocket technology so many predict that space tourism will follow the same pattern. Elon Musk has stated that he wants SpaceX rockets to seat 100 passengers, but for now the company is focused on private tours of less than 10 passengers.

However, Ron Epstein, an aerospace analyst with Bank of America said: “getting that many people into space on one flight is extremely difficult. It’s an endeavour that requires tremendous amounts of fuel and energy to lift every pound. The technology just doesn’t exist today.”  While the industry is getting better and better at transporting more weight for a lower cost there would need to be a huge leap in capacity to justify affordable prices, making widespread space tourism pretty implausible for the near future.

But the airline industry saw huge technological changes in a rapid amount of time and the question remains, will it be the same for rocket technology?

The American aviation industry had something space tourism doesn’t, and that’s two world wars. After their invention planes were mainly known for their novelty, they didn’t have a widespread use until WW1. Aircraft were used for surveillance to great success, but once the war was done the US government were left with more planes than they knew what to do with. They decided to sell them to airlines who repurposed them for the commercial sector. Originally designed to carry air mail, they quickly began to seize the opportunities that came with transporting passengers. Few chose to fly as early commercial flights were incredibly expensive.

The industry was transformed yet again in WW2 as the government once again pushed for innovation and it was this period that we get the invention of the jet plane. Planes soon took over as the main form of transport for long distance travel, and this massive commercial potential continued to spur innovation which would eventually lead to affordable prices.

When it comes to space travel, there are as yet, no external factors that could cause the same spark of innovation in the space tourism industry. In the immediate future, it is unlikely that there will be enough innovation that advances rocket technology to the point of affordability.

Without a crisis spurring on investment, innovation will have to come from the companies themselves. But this too comes with a problem. Governments funded space travel to further exploration and scientific understanding, but private space travel is concerned only with profit, not with innovation itself. For now, the severe technological limitations will guarantee limited capacity and therefore a high price point and going forward this will inevitably improve but space tourism may not follow in the footsteps of aviation as so many people claim. But even if technology does improve affordability is in no way guaranteed. SpaceX are now charging more for the use of their Falcon 9 rocket than they did last year. It is always possible that technology will improve capacity but not to the extent that it is profitable to sell tickets to ordinary people, or perhaps if the customer base is large enough at the existing price point, companies would simply have no financial incentive to make it any cheaper.

In the end, the question of affordable space travel may not be a question of technology but economics.