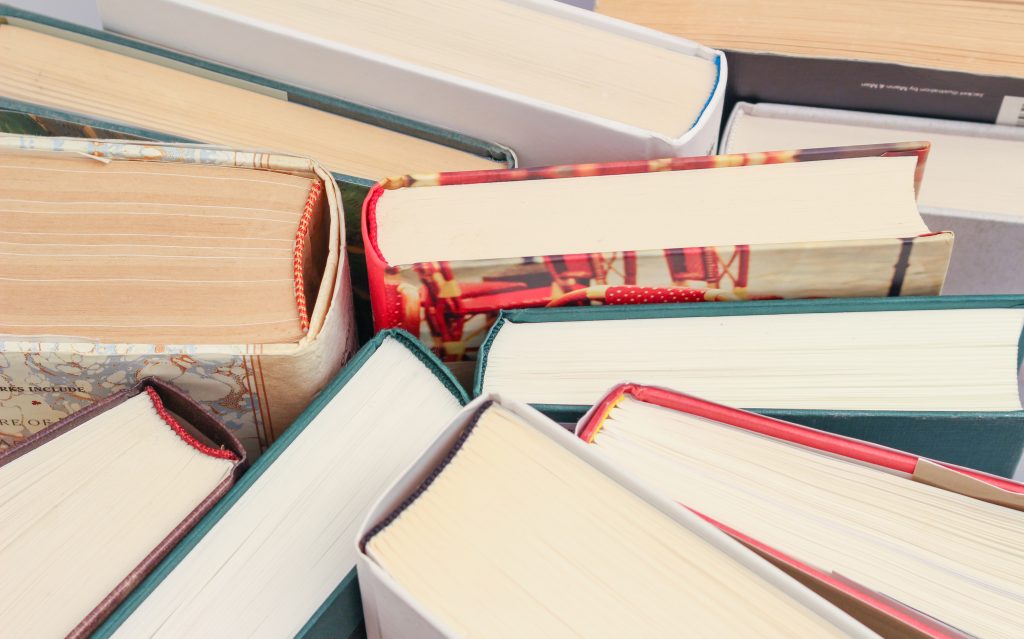 We all love a good book. But finding one that really speaks to us is difficult. You never know what a book is going to be like until you start reading it, and this is evident from the existence of the expression ‘don’t judge a book by its cover’. (I just assume this ignores the blurb and review excerpts you often find on the back.) As such, I’ve always found that recommendation is the best way to find your next read.

With this in mind, I thought I’d ask the team here at Networthpick to put forward some recommendations so you can find your next literary fix.

Written by George Elliot (Mary Anne Evans), under the extended title ‘Middlemarch: A Study of Provincial Life’ between 1871-1872. It is set in the 1830s and follows the people of the fictional town of Middlemarch, the lives they lead and how their stories intersect.

The novel offers an insight into life in the 1800s and the lives of men, women, and the views and beliefs that were held during this period. The book served then as a critique of the attitudes that still survived at the time, and now it offers a fascinating insight into English society during the eighteen hundreds.

“It’s more of a ‘cry your eyes out’ romance book but it’s amazing!” – Lauren Young

Written by Nick Alexander in 2018. After Catherine’s death, her husband Sean looks back on their relationship through the box of pictures and cassettes she left behind. But her honesty in these lovingly crafted tapes reveals every unspoken thought and secret she had kept from him. Through these tapes, Sean reflects on their relationship and hopes to answer his own question. Were they truly meant to be? This novel explores love, but in a raw and melancholic reflection on a relationship after a partner’s death.

The legendary Terry Pratchett and Neil Gaiman collaborate to bring you the apocalypse as you’ve never seen it before!

The angelic Aziraphale and the demon Crowley attempt to postpone the end of the world by misplacing the antichrist and attempting to influence the child into being unable to choose between good and evil, not realising that a whole barrage of mistakes at the hospital had already placed the child somewhere else entirely.

A witty British take on the Book of Revelations in which the authors rebuild the heavens in our image: as a group of people that have no idea what they’re doing half the time. Strap yourself in as the war between Heaven and Earth is incompetently mismanaged in an entertaining tale of biblical proportions! Recently adapted for TV by Amazon Prime.

The His Dark Materials trilogy

This fantasy trilogy by Philip Pullman explores theology and the nature of existence through the eyes of eleven-year-old Lyra Belacqua and her Daemon, as her journey of discovery leads her to question the nature of her world and the multiverse in which it resides.

The first book was adapted into the film The Golden Compass in 2007. A larger adaptation began in 2019 under the His Dark Materials title.

“Ignore the fact that the Eragon film was disastrous, the books are chefs kiss” – Courtney King

Christopher Paolini’s Inheritance Cycle is a four-novel high fantasy series that tells the story of Eragon and his Dragon ally Saphira as they battle to overthrow the tyrannical king Galbatorix. In a world of dragons, elves and prophecy, the high fantasy tale takes place in a setting rich with lore and adventure for you to discover.

Written by Donna Tartt. Under the guidance of their professor, a group of students decide to reject the conventions of modern life, but upon their new way of life challenging the notions of morality, they begin to descend.

A novel By Brit Bennett. Spanning from 1940 to the 1990s, telling the story of identical twin sisters Desiree and Stella Vignes, two light-skinned black women from the fictional town of Mallard, Louisiana. After witnessing the lynching of their father in the 1940s, in 1954 the two flee Louisiana and run away to New Orleans. However, Stella disappears shortly thereafter. The story follows the sisters as they reconnect as their own daughters cross paths in a multi-generational narrative that explores race, loss, and domestic abuse and how our pasts can affect us in different ways.

A novel by Luke Rhinehart (George Cockcroft). A psychiatrist decides to let his life decisions be made by dice. It explores everything from the silliness of decisions left to random chance to the horror of what a person can do when the responsibility for their actions can be passed off to a die.

“A recent read that was really good!! Scarily close to the truth of our world too!” – Lauren Young

A dystopian fiction story by Ayn Rand in 1937. The novel takes place in a future in which individuality has been erased and societal progress is on a strict path. Written from the protagonist’s perspective, the story follows Equality 7-2521 as he finds his own desires, falls in love and begins to define himself as a separate entity from the society he was born into. The novel focuses on the idea of the self against the society that seeks to remove it.

Natives: Race and Class in the Ruins of Empire by Akala

“If you’re looking for some non-fiction stuff, Natives or Why I’m No Longer Talking to White People About Race are always top recommendations.” – Oliver Timberlake

Finally, a joint recommendation, these non-fiction insights explore issues of race and the prejudice that permeates the world in which we live. I’m grouping them together in this article not simply because of the similar topic but also because the issues within require as much perspective as possible. Read both and gain new perspectives. The ability to give a voice is one of literature’s greatest powers and so when building an understanding of the world we live in it’s important to seek them out.

We here at Networthpick are all about sharing voices and the experiences, interests and understanding that make us who we are. So join us in our mission to combine these voices! Share the site, let us know what you want to see, and join us in spreading our voice on Facebook, Twitter and Instagram.