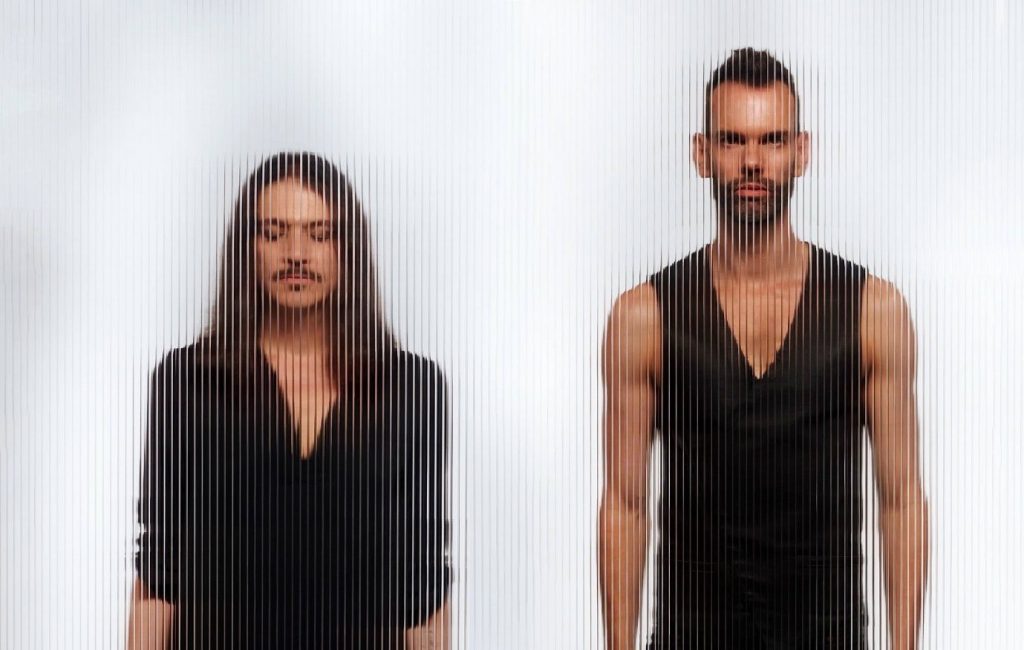 Never Let Me Go is the new studio album released by hit band, Placebo. Their first release since 2013, the highly anticipated Never Let Me Go was released on 25th March 2022.

Most people have probably already heard of Placebo, even if you don’t listen to that sort of music. The British rock group were formed by lead vocalist-guitarist Brian Molko and bassist-guitarist Stefan Olsdal in 1994, at the time when Britpop began to take over from grunge. Placebo stood out amongst other bands at the time due to their androgynous appearance, music that openly discussed themes of sexuality, mental health and drug use, and their signature sound.

A mixture of post-punk, Britpop, glam rock and pop-punk, Placebo have often been compared to The Cure, Depeche Mode, and New Order, and have also collaborated and were friends with David Bowie. Placebo has become a big name band in alternative music and has had some big hits, including; Pure Morning, Every You Every Me, Running Up That Hill, and Without You, I’m Nothing (ft. David Bowie).

Following a long tour, from 2016 to 2018, celebrating the 20 year anniversary of the band, Placebo are back with album Never Let Me Go, an album intended to go in a different direction and to be much more experimental. It does just that, while also managing to retain enough of their signature sound to be thoroughly enjoyable to long-term fans of their music.

Written ‘backwards’, starting with an album cover and song titles, then writing the songs themselves, the album delves into themes of tech-saturation and privacy, intolerance and division, humanity’s place in the world and imminent eco-catastrophe; Never Let Me Go explores many of the concerns and issues facing us right now.

Opening with Forever Chemicals, sonically described as a ‘statement of intent’, the album kicks off with a bang. Masterfully intertwining Placebo’s signature sound with new experimentation, Forever Chemicals is definitely one of the highlights of the album. Forever Chemicals opens with distorted harps and drum beats that lead into Placebo’s signature catchy, heavy riffs and Molko’s distinctive vocals. Thematically, it started as a discussion of police brutality but evolved into a more ambiguous song that is left open to interpretation; my first impression was a song about struggling with mental illness, ‘Now my memory shapes, forgot their own names / And I can’t get out of bed (Sh*t)…It’s all good when I feel nothing / It’s all good when I’m not there’. Whatever your take on its meaning and themes, Forever Chemicals is a new and fresh post-punk hit that any fan of Placebo’s Pure Morning or Post Blue is bound to enjoy listening to; it definitely sets the tone for the rest of the album.

While Forever Chemicals is very post-punk, it’s followed by a synth-pop hit, Beautiful James; one of the more upbeat songs on the album, both sonically and lyrically. The lead single for the album, Beautiful James, is a catchy, melodic, modern love song that celebrates non-heteronormative relationships. About the meaning behind the song, Molko says, ‘It doesn’t really matter to me what gender or sexuality the people who inhabit the songs are, I think it’s important for each person to find themselves in this kind of modern love song, which is about more than just love, it’s about security and, you know, soul connection’. Musically, the song is very synth-led, with a sparkling piano sound threaded throughout, identical to Van Halen’s Jump. The experimentation of this album is clear in Beautiful James, a much more upbeat song than we’re used to hearing from Placebo.

Beautiful James is not the only song on the album in which the experimentation becomes apparent, possibly my favourite song on the album, The Prodigal is a bittersweet orchestral hit with a completely different sound to the rest of the album. Written for a French film that never came to fruition, The Prodigal is the only song in Placebo’s discography to be entirely string-led, drawing influences from The Beatles’ Eleanor Rigby. Written for a death scene in the film it was intended for, The Prodigal is heavily influenced by Buddhist philosophy and is a happy, hopeful song about death, ‘I leave this world with a glint in my eye / I’ve untold all of my lies / And all the joy I leave behind / I’ll miss you too, love of mine / Today no tombstone, no goodbyes / My soul is full, watch it fly’. The Prodigal may be a completely different sound than we’re used to hearing from Placebo but it works: a beautiful, hopeful song about death and celebrating life.

The Prodigal is not the only song on the album with death as the central theme. Try Better Next Time, lyrically is about a mass extinction event and the environmental crisis that we could be on the precipice of, ‘Wake up, wake up / Try better next time / There’s a spot in the ocean and that’s where we’ll meet / Somewhere far away where fish can nibble at our feet / And we can grow fins, go back in the water’. In contrast to its upbeat rhythm and catchy chorus, the message of the song is one of disappointment. As Molko describes the song, “It’s very disappointed in humanity. It’s basically saying, good riddance, humanity, try better next time, you know, next time you come back and get a chance to live on this beautiful planet, you know, try better”. Musically, the song could be compared to Weezer and reminds me somewhat of some of the more recent Bo Burnham tracks; on the surface, it’s a catchy pop-punk tune but underneath is a deeper, important message about the planet and the consequences of how we treat it.

In contrast, Surrounded By Spies delves into the issues caused by technology, the oversaturation of tech in modern life, social media, and the breaches of privacy this can cause. Musically, It’s one of the songs on the album that still sounds very similar to Placebo’s older works and is very reminiscent of The Cure or David Bowie’s Blackstar. In NME, Molko explains that the song was inspired by discovering his neighbours were spying on him, “It’s a true story told through a lens of paranoia, complete disgust for modern society’s values and the deification of surveillance capitalism”.

Never Let Me Go is definitely the experimental record Placebo set out to make but is also undeniably Placebo at their best.