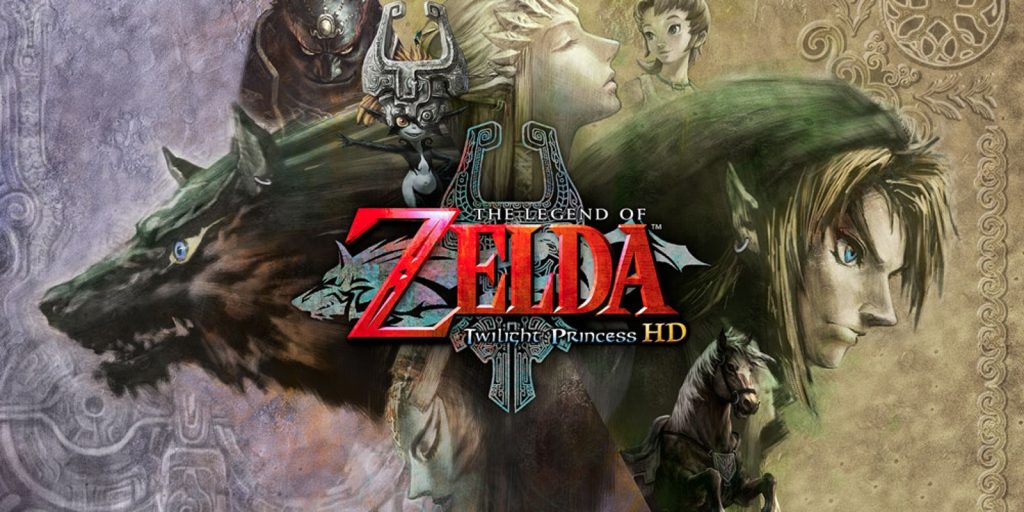 Last time, I opened with a line about how “the grind just doesn’t stop”. Nowhere is this statement truer than in regard to the speedrun we will be talking about today.

We’ve already talked about ‘Shadow the Hedgehog’ and its 100% speedrun in part one of the series, so that won’t be discussed here. If you want to learn more about the insane feat, check out part one of the ‘Strangest Speedruns’ series here.

For the sake of continuity and convenience, you can find part two – where I discuss some of the ‘shortest’ speedruns recorded – here.

So, we’ve dabbled in the quick. Now let’s look at the all-consuming; One of the longest single-setting speedruns ever completed.

By now you should know the drill, but for those who don’t, the usual definition of a speedrun, and the trusty ‘Speedrunner’s Index’ have been provided below. (Speedrunning aficionados feel free to scroll down a little.)

A speedrun is a play-through of a video game or a selected part of it (such as a single level or world), performed with the goal of achieving completion as quickly as possible. The player with the fastest time in any given category, e.g., collecting all 120 stars in Super Mario 64, is known as the world-record holder for that category. Speedrun categories can also extend to the completion of an objective rather than a level, such as ‘find the key’ or ‘kill 20 monsters’.

‘Any%’ – The most common speedrun category, only requiring players to complete the game as fast as possible, disregarding special conditions such as non-essential item collection.

‘Low%’ – A lesser known speedrun category. While still aiming to complete a game as fast as possible, players must try to do so whilst collecting as little as possible within the game.

‘Out-of-bounds’ – Any area within a game that was not intended to be accessed by players, or at least was made to be inaccessible until certain progression within the game was made.

‘High-dynamic-range rendering’ (HDR) – The real-time rendering and display of virtual environments. It is used in computer, gaming and entertainment technology.

‘(Theoretical) Limit’ – When a particular game cannot be played any faster, due to how it runs/was programmed. Limits are usually branded as theoretical, as the possibility of a new time-saving skip or exploit of some kind has not yet been ruled out.

‘Skip’ – Refers to any time-saving strategy or shortcut that “skips” a level or section of game that wouldn’t be skipped in a normal playthrough. Skips are commonly named after the section being skipped, but can also be referred to as ‘Warps’, such as the ‘Credits Warp’ in Banjo-Tooie.

The speedrun in focus is one that defies the entire concept of speedrunning, and actually throws my definition out the window. 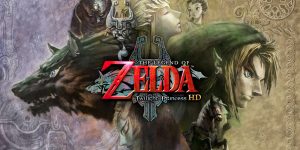 What do you do when a game has reached its theoretical limit? Or when you’ve simply had enough of doing things as fast as possible? That’s easy. You try your hardest to complete the game as slowly as possible.

But how does one do that with ‘The Legend of Zelda: Twilight Princess’?

YouTube Channel ‘Lowest Percent’ put it best with their video, titled ‘The Speedrun Where Link Stares at Rupees for 17 Hours’.

Twilight Princess – Low% is interesting. I mentioned just now that players will try to complete a game as slowly as possible, but this is not necessarily true. The main goal of Low% is to finish the game collecting as few items as possible. Time is a secondary goal. In that, if two players were to finish the game in the exact same amount of time, it would be the player who collected the least amount of items who would be awarded the world record.

Skips and glitches were discovered and subsequently utilised to cut down the number of items necessary to beat the game. But while similar use of exploits are known to save time for most speedruns, it was these exploits that would give TP: Low% its place in this discussion.

Before we go on, let’s put things into perspective. The current world record run for the ‘Any%’ category sits at 2hrs 51mins 06secs, while the fastest time for Low% sits at a staggering 16hrs 12mins 10secs, held by runner ‘link1183’.

I won’t even tell you what the time was for the earliest recorded Low% run, but it was a lot longer than sixteen hours.

The reason for the monumental length of the run comes from the use of a technique known as ‘Pickup Sliding’, which was discovered by speedrunner ‘Zelu’. After obtaining a key, Zelu would leave the game running overnight, which stayed on the “You got the ___!” screen, used in just about every game ever. When Zelu came back to the game the next day, Link was still holding the key, but was now standing inside the chest from which he had obtained it. The shift in place came from the idle animation loop Link begins every time the player obtains an item, as the game (and Link) waits for the player to close the accompanying text box.

Regular idle animations usually return the character to its original position at the end of each loop, so that the loop can, well, loop. However, part of the loop for this particular idle animation was missing. Simply put, Link shifts ever so slightly with every loop, rather than staying in place.

What made this significant, was that during an item pickup, the only collision that the game would check for was the one determining whether or not Link was still standing on solid ground. Without collision, Link is able to phase or ‘clip’ through just about anything during his idle animation.

But if we don’t have to worry about pesky walls anymore, why is the speedrun so long? 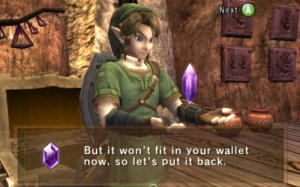 The math that I won’t bore you with showed that, at best, pickup sliding moved Link 100,000 time slower than his walking speed. Even more math (this time, including in-game distance) showed that it would take Link at least 1hr 25mins to clip through one wall in the optimal situation. Luckily, with the abundance of collectable Rupees, and some good, old-fashioned know-how, players were often able to replicate those optimal conditions by beginning a slide right up against the wall they wished to clip through.

When everything was aligned just right, so began the waiting game.

If Low% players wanted to skip the infamous gate within Arbiter’s Grounds – and they did, as this section usually required the collection of four pickups – they would have to wait a staggering thirteen hours to phase through the gate.

Look back at your life and try to remember a time where you waited thirteen hours for something. Can you? I can’t.

‘Warp Portals’, which would be any regular gamer’s best friend, also counted as something the player collected, meaning that they would also have to be skipped and/or worked around in a Low% run. If done well, a few more minutes would be added to the speedrun for each portal. Doesn’t sound too bad, if you take out the fact that you’re already knee-deep into a sixteen-hour run, and that any mistake too egregious could cost you the world record you had… worked(??) so hard for. How ‘link1183’ managed to cut the record down just minutes away from that sixteen-hour mark is sheer insanity.

There are a few more skips, most of which also involve phase sliding, but I think you get the point.

I am a speedrunner. But I am not, and thankfully never will be, a Twilight Princess – Low% speedrunner. It is more likely that I, myself would magically phase through a wall than attempt this one.