The Worst Person in the World review. 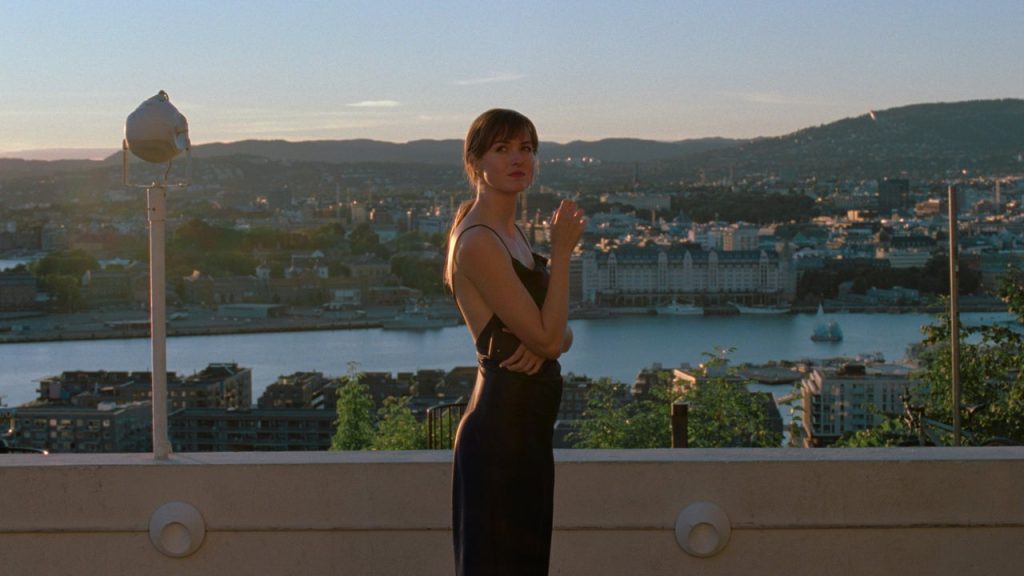 The world is your oyster so they say, and when growing up with the bountiful opportunities that life throws, it’s often best to grab them by the shell and slurp. But what if those opportunities aren’t what you expected? What if you run out of oysters? What if you didn’t order oysters at all? The Worst Person in the World (Verdens verste menneske), the new film by Joachim Trier, explores these questions by illustrating the pitfalls of trying to be a grown up while still feeling like you’re growing.

In its twelve chapters, with prologue and epilogue, we spend four years with protagonist Julie as she stumbles from her studies through the big bad world of her 20s, toward the big 3-0. From doctor, to psychologist, photographer and writer, Julie is often trying to find the right career to mould her. She soon meets successful comic book artist Aksel, (Anders Danielsen Lie), several years her senior, falls in love and moves in. Here, even more forces are pulling at Julie, to have kids or not, is the bookshop job fulfilling? Does the age difference in the relationship make a difference? After the launch of Aksel’s new work, a dejected Julie wanders the streets of Oslo to find herself crashing a party and meeting Eivind (Herbert Nordrum). They hit it off but being both in relationships try to connect in any other way than cheat, this becomes a hilarious exchange of smells, secrets and smoke as the two encircle each other, uncertain in making a decision. Julie is soon torn between the man she loves, but simultaneously does not, and the man she could love. The differences are stark between the two men, one is an intellectual, the other less so, one desires to start a family, the other does not, one is successful and the other content. They present even more choices to Julie. She complains that she feels a spectator in her own life, that she never follows through on anything and it is only when she finally does that she learns to find her way.

Renate Reinsve stars, winning the best actress award at Cannes, in a chameleon-like performance that deftly changes as Julie traverses the many paths that life unfolds. She can be both pensively sullen as well as chaotically fun. We watch the world through Reinsve’s eyes and yet, like her, don’t come any closer to understanding it. Her performance is aided by an incredibly naturalistic supporting cast and beautiful photography, Oslo looks anything but bleak. It is also worth giving props (no pun intended) to the set design , where the various flats that Julia inhabits have a real live- in feel, as if the furniture really does belong to her and her partners. The differences between Aksel’s flat and Eivind’s really work to give the binary aesthetics of Julia’s choices.

The Worst Person in the World is the third collaboration between Trier and screenwriter Eskil Vogt within the loosely grouped ‘Oslo Trilogy’ that includes Reprise (2006) and Oslo, August 31st (2011). Together, they have conjured a script that is both darkly funny and existentially ponderous.  In one particularly memorable scene a break up is staged with a flurry of heartbreak, anger, sexual desire and longing tenderness, it’s believable and deftly handles all the emotions such moments possess. Themes of rebirth and reinvention are spread across the many chapters to reveal ever changing personalities against the intolerance of the stable few. The question is: who is the ‘worst person in the world’? Is it the person who cannot move to change, stays static and reflects tirelessly on the time idly spent.  Or is it a constantly moving society’s view on somebody who simply can’t find their place, can’t play the game, a wild cat in the world of the domesticated. The film compares to other great path finding stories such as Noah Baumbach’s excellent Frances Ha (2012) and perhaps Joanna Hogg’s The Souvenir (2019). These are films about growth, finding a voice and realising that perfection is impossible. In times where extreme images of an idealised lifestyle are flung at unsuspecting youth, films like Joachim Trier’s are important to keep us grounded. We see this need for reality represented in several oneiric sequences between Julie and Eivind where time slows or seemingly stops altogether. It’s a dreamland, a movie, detached from the rest of the story dripping with social realism. It is these fantasies that lead to both Julie’s redemption and a great loss, as she finally learns to embrace reality, realising it’s never too late- even when you’re 30.