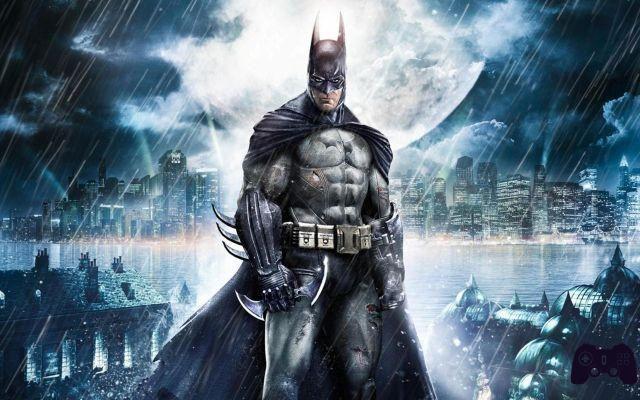 Arkham Asylum is the first game in the Batman Arkham series of video games. Developed by Rocksteady and published by Eidos Interactive, Arkham Asylum is the first game in the main trilogy, and is our introduction to this Batman and the universe he inhabits. The game was initially released on the 25th of August 2009 to a great critical and user reception scoring almost perfectly across the board in reviews. It was clear the world was ready and waiting for a gritty and dark superhero game, and luckily for us this was just the beginning.

The story follows the titular Batman and his night spent in the also titular Arkham Asylum. Without giving too much away, the game opens with a cutscene where Batman is escorting the joker to the Asylum. But soon after you arrive things start to get seriously out of hand, and before long the joker escapes custody and is let loose in the Asylum. The game then follows you as the bat working your way through the Asylum and its inhabitants to get to the clown prince of crime. Along the way you will fight many of the bat’s rogue gallery including fights with Bane, Killer Croc, Poison Ivy, Harley Quinn, Scarecrow and more. The story is a great Batman story not just a great game, it really understood the vibe and tone of the DC universe and made for an original yet authentic Batman story. Like the Dark Knight, which came out the year prior, it really takes itself seriously shrugging off any campy elements left from the previous Batman outings in the 90s. This modern and darker interpretation of the Bat is to me the definitive version. Where I can appreciate some of the old movies and depictions for holding some of its comic book accuracy, I truly believe that Batman and DC should be portrayed in a dark and dingy light. Showing the bad and the good as not opposites but both with their own unique problems. The story is not the greatest Batman story, but it is interesting enough to drive forward your progression through the game.

The gameplay consists of 3 main gameplay mechanics, them being navigating the Asylum, using detective vision to track and solve crimes/riddles/puzzles etc and combat. All 3 main mechanics are done extremely well, the movement is fluid, easy to control and the animations for a 13-year-old game are incredible. Activating detective vision is as easy as pressing one button and deactivating it is just as easy, making it seamless when using it in finding clues or solving puzzles through the Asylum.

The combat is the greatest and most enjoyable part of the entire experience. It is the first game to properly implement the now copied overused combat system. It’s so basic but so effective in practice, you have one attack button, one counter button, a stun button, and a dodge button. When an enemy is about to attack the counter button will appear above that enemies’ head opening them up for a counterattack. Many games copied and used this system because of its simple but satisfying combat. You can also use batarangs, the grappling hook and smoke bombs while fighting to gain the upper hand against the inmates of Arkham. This being the first game in the series shows how great the combat was, so much so that everyone felt the need to copy but not update and master. This allowed Rocksteady to greatly improve and innovate with the combat in the sequels. The game also has many and varied boss fights against the criminals of Gotham, all with different mechanics and strategies to beat.

Arkham Asylum also features a fair bit of additional content especially if you are playing the game of the year or Return to Arkham versions of the game. Both versions of the game include all DLC in the download allowing you easy access to the extra content. There is an arena mode where you fight waves of enemies in a set area, stealth challenges where you have to sneak and eliminate all enemies as quick as possible without being seen, and the survival challenges where you either have to survive for as long as possible whilst being bombarded with enemies, or where you have one hit to survive on. The extra content includes many extra maps for these extra game modes as well as including multiple levels where you can play as the joker himself. These stages really are not too dissimilar to be using the Batman, but his gadgets and combos are very different. For example, instead of a grappling hook he has a gun. While these extra levels are not really anything special it is a nice addition and is one of the only times we get to play as the joker in any game. Just the novelty alone makes it a great addition to the overall product.

There are also many hidden collectables hidden in and around Arkham Asylum for you to find. These include Riddler trophies hidden in most nooks and crannies of every room, Arkham stones to scan and get more of a backstory of the prison and its architects, and finally interview tapes; these are the best and most world building parts of this game. Each criminal had 5 tapes to find. Doing so gives you a great idea of character motivations and their backstory or why they became a villain. These tapes really make it worthwhile exploring off the beaten path and really give this world more believability with its characters and setting.

Arkham Asylum is full to the brim of cameos, Easter eggs and references to this and the greater DC universe. One of my favourites being the fact that you can find and talk to Dr Thomas Elliot, better known as HUSH. HUSH is a well-known comic book character and it is great to see him in the game. He is known for getting plastic surgery to look like Bruce Wayne to steal his life. HUSH is a very underutilised villain, so it was great to see him get a cameo. He also shows off his newly scarred but newly made face to Batman, setting up his subsequent roles in the sequels.

Many mini easter eggs and cameos are littered throughout the Asylum, such as a body bag with the name Ra’s Al Ghul, but if you return later his body is gone, setting up his appearance in the sequel. There is also a tiny newspaper article referring to the infamous injustice gang- showing this game is seriously full to the brim with DC lore. The game also includes references big and small to almost every criminal in Batman’s rogue gallery. In Dr Young’s office there are Black masks, a cell clearly inhabited by calendar man Maxi Zuess, and 2 faces cells are also findable. You can also find Scarecrow’s hidden lair after Harley dropped the lift on the Batman and a very cool but surprising cameo from Clayface.

These cameos, easter eggs and references whether big or small really help to flesh out the world in the series. Showing almost all characters in the Batman universe really helped build the world and atmosphere in this and all games in the trilogy.

All in all, Batman: Arkham Asylum is one of the best comic book video games ever made. Whatever flaws it had they are so easy to overlook. With it being the first in the series, it really feels like the start of something outstanding and to be honest it really was. Whilst only being set in the Asylum, the game really had a great sense of scope showing off Rocksteady’s ability to make a great game and only set them up for greatness from the sequels. Arkham City is the next game in the series and really turns the scale and polish up to 11. Now being set in the game’s namesake, the prison city of Gotham Arkham City, the map is so much bigger. But lastly, Arkham Asylum really put comic book games on the map and their batman games have been some of the most praised and successful games of all time, showing Rocksteady’s love and dedication to the source material. Playing these games really feels like you are playing through a DC film, everything is how it should be.

If you are a fan in any capacity of Batman, DC or any comic book character this is a no brainer to play through. The story is great, and the gameplay is even better making this truly one of the greatest games ever made.