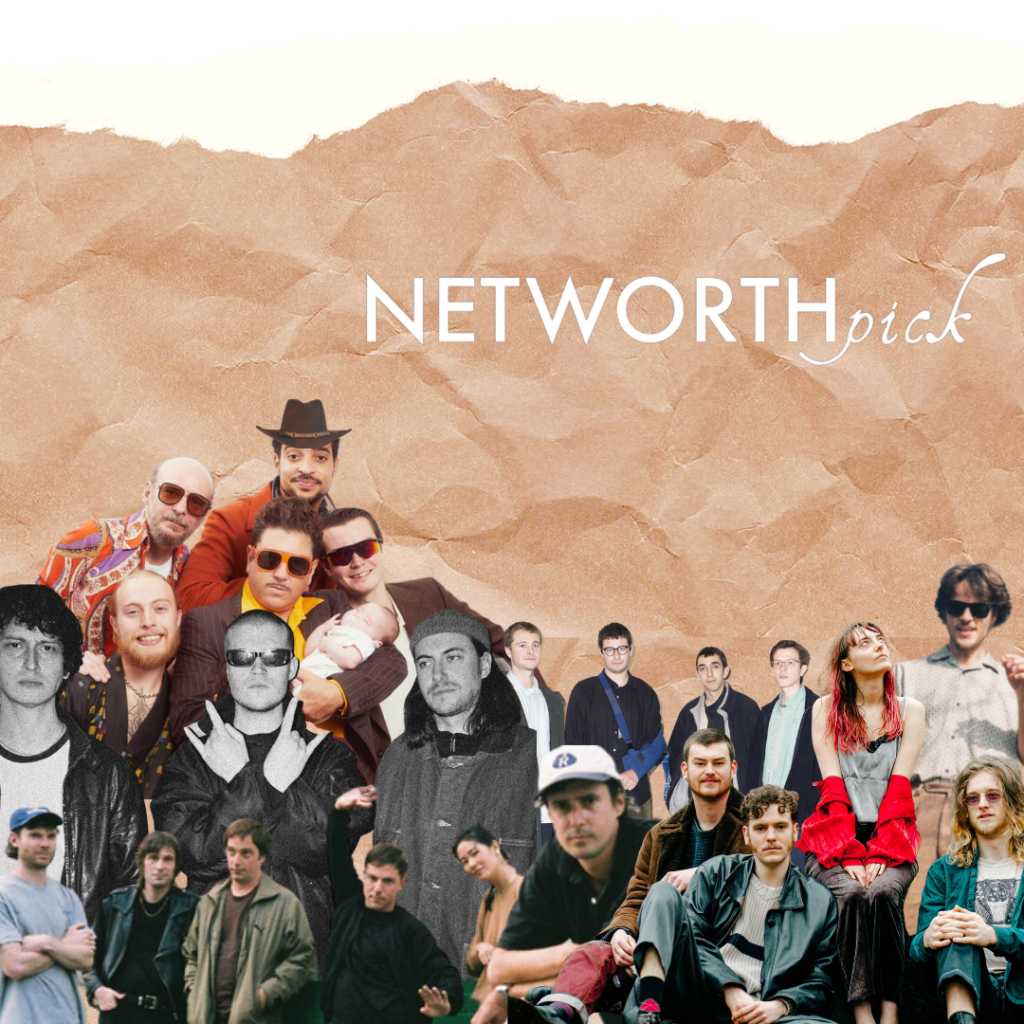 We’re only a quarter of the way through the year and it feels so much longer than that. But in the face of this exhausting triumph, NetworthPick offers you some of 2022’s finest musical offerings so far.

When Warmduscher first floundered into South London’s musical ecosystem, they were something of an acquired taste. Their debut record ‘Khaki Tears’ was a dirge of entertaining, but slightly exhausting, Butthole Surfers-esque one-take jams–far removed from the world of 6Music A-listing and sold-out theatres which they’re now accustomed to.

‘Fatso’ from 2022’s album At The Hotspot continues to show a band who can refine chaos. Combining a G-Funk groove with the Hi-Fi production of Hot Chip’s Joe Goddard and Al Doyle, Warmduscher have reached an apex of pop music, one which is just as colossal as it is hideously absurd.

London’s deathcrash are a group who very much wear their influences on their sleeves. Whilst you can draw a direct link from their sound to Slint, Talk Talk, Mogwai, Bark’s Psychosis and smatterings of Midwest emo, deathcrash’s vision feels mature and fully-realised.

They’re a band whose name used to be dropped in fittingly hushed tones; a buzz band that tried to create no noticeable buzz. ‘Doomcrash’ from 2022’s album ‘Return’ showcases the band with far more of a bang than a whimper. Standing at a modest 9-minutes, the track morphs from slow and gentle balladry into an explosive and arresting final section.

For the production neeks, I implore you to find me an artist with a better snare sound.

Microscripts is a collection of stories by the Swiss writer Robert Walser. After admitting himself into a psychiatric hospital, he wrote a series of manuscripts in ant-like handwriting, barely a millimetre high. It meant that his miniaturised German type could fit an entire story onto the back of a business card.

Belk have carried the torch for tiny art into oblivion. Following in the cratered footsteps of Walser and Napalm Death, ‘Net’ from 2022 Promo is tiny and repulsive. Clocking in at 1 minute 19, this face-melting noise nugget shows why Belk are one of the underground’s fiercest and most unrelenting forces of power.

New Zealand’s EXEK are one of the most exciting bands I’ve heard this year. Maybe my taste is stagnating or music is just getting worse, but it feels rare to find a young band with sonic dexterity and an outsider’s perspective.

‘Unreasonable Warmth’ from their album Advertise Here is an inventive and whimsical listen, full of Frippertronic guitars and submersible hums. It’s like a dubbier sounding cut from Eno’s Here Come the Warm Jets. Semi-rapped, semi-sung, EXEK chuck out the rulebook and offer an assured sound that is as familiar as it is unique.

Pulsing with ideas and distractions, the EP Godhead by Sloyd Flenching mixes aspects of freak folk with classical music and droning tape experiments. There’s a fragility that could recall The Microphones or Sparklehorse, but with a millennial attention span; a fragmentation that reveals a litany of motifs written in invisible ink.

It’s a series of heavily-stylised accidents, brimming with meandering song structures, illustrating a reality where pop never existed. If you look into the gaunt expression that adorns the album cover, you’ll see that world for yourself.

Baroque pop with an AM Radio feeling that could appeal to fans of Wilco and 60’s pop alike.

Not a collaboration I ever predicted, but an enthralling plunderphonic journey nonetheless – it has a great video too.

Strung-out slowcore for people that like their music rich, dreamy and bottom-heavy. But it does have a slightly sinister edge, a stabbing pain in the comfort of singer Suzie Lefèvre’s voice – it’s eviscerating and instantly appealing, like a stoner Mazzy Star.