Is there a purpose to gratuitous violence in fiction? 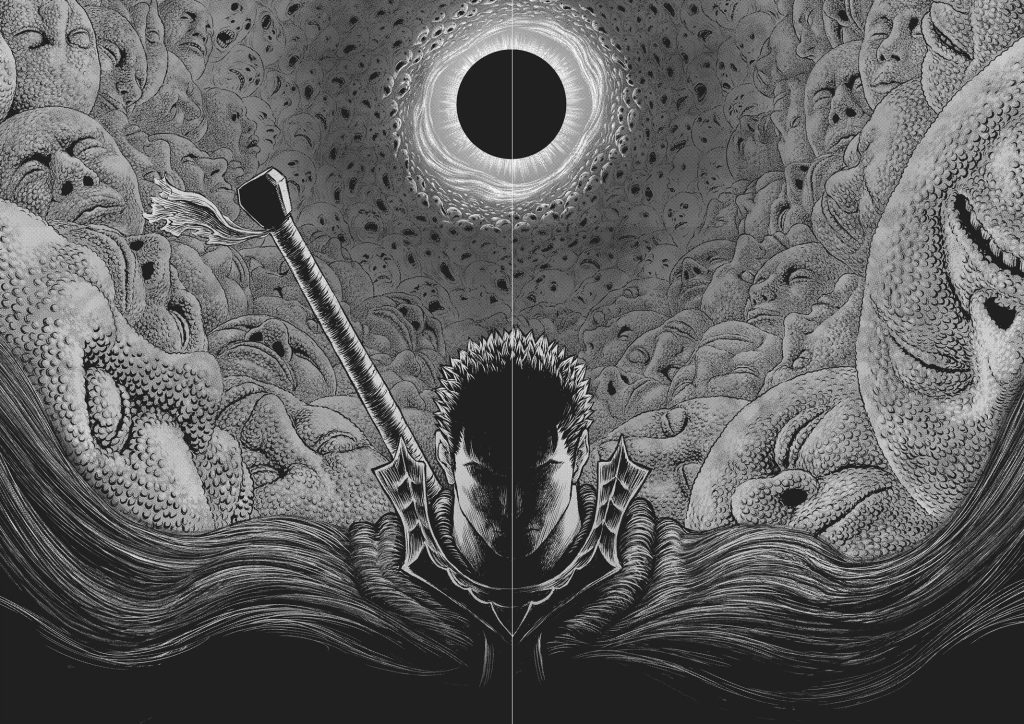 A couple weeks back I saw a trending tweet on the subject of Berserk. It pertained to the gore and shocking imagery seen in the manga, and that fans of it were ‘sick’ for enjoying it. They gave an example of one of the panels, where the demon Wyald and his band of ‘Black Dog Knights’ are riding by with mutilated nude corpses of women impaled on their spears.

It sounds horrible, and that’s because it is. It’s especially worse having read the chapter beforehand, where you visually see Wyald, and his gang murder a group of men and children and rape the women that we next see dismembered. This isn’t even the worst scene we see within Berserk, there are dozens of scenes of comparable horror and despair, as the manga as a whole is immensely dark.

Although I love the series, I can completely understand that many people would find it to be too much and would not enjoy it, and that’s fine. However, there is a content warning on the front of every book of it for explicit content, so everyone should know what to expect before reading it.

What I don’t appreciate, however, is what they said about fans. The twitter user mentioned went on to argue with people who disagreed with their opinion, stating that they didn’t care what anyone had to say, and hadn’t read any of Berserk in the first place. It became increasingly obvious that they were just a kid, and honestly, the fact that I can go on Twitter and be exposed to a child whining about things they know nothing about, and belittle the late author and artist of the series, who was universally respected? I hate that more than anything.

I am in no way defending the actions of said character in Berserk, but it’s kind of the whole point? Wyald is meant to be the most detestable villain we’ve met so far, and I’d like to emphasise the word villain. Not antagonist. He’s not an honourable rival like Nosferatu Zodd, the only other demon we’ve met at this point, and there is no reasoning behind his actions. He is just that evil and cruel, and when we see what he does to innocents, we want to see him punished. And (spoilers) he is. He is rightfully made to feel pain and suffering, even begging for his life and desperate to survive.

That’s where the satisfaction is. He’s not some cheap Marvel villain that lost his way and can be redeemed through the power of friendship and seeing the error of his ways; no, there is nothing but pain and death awaiting him. When he does die, his body reverts to what he looked like as a human: a pitiful, frail old man. 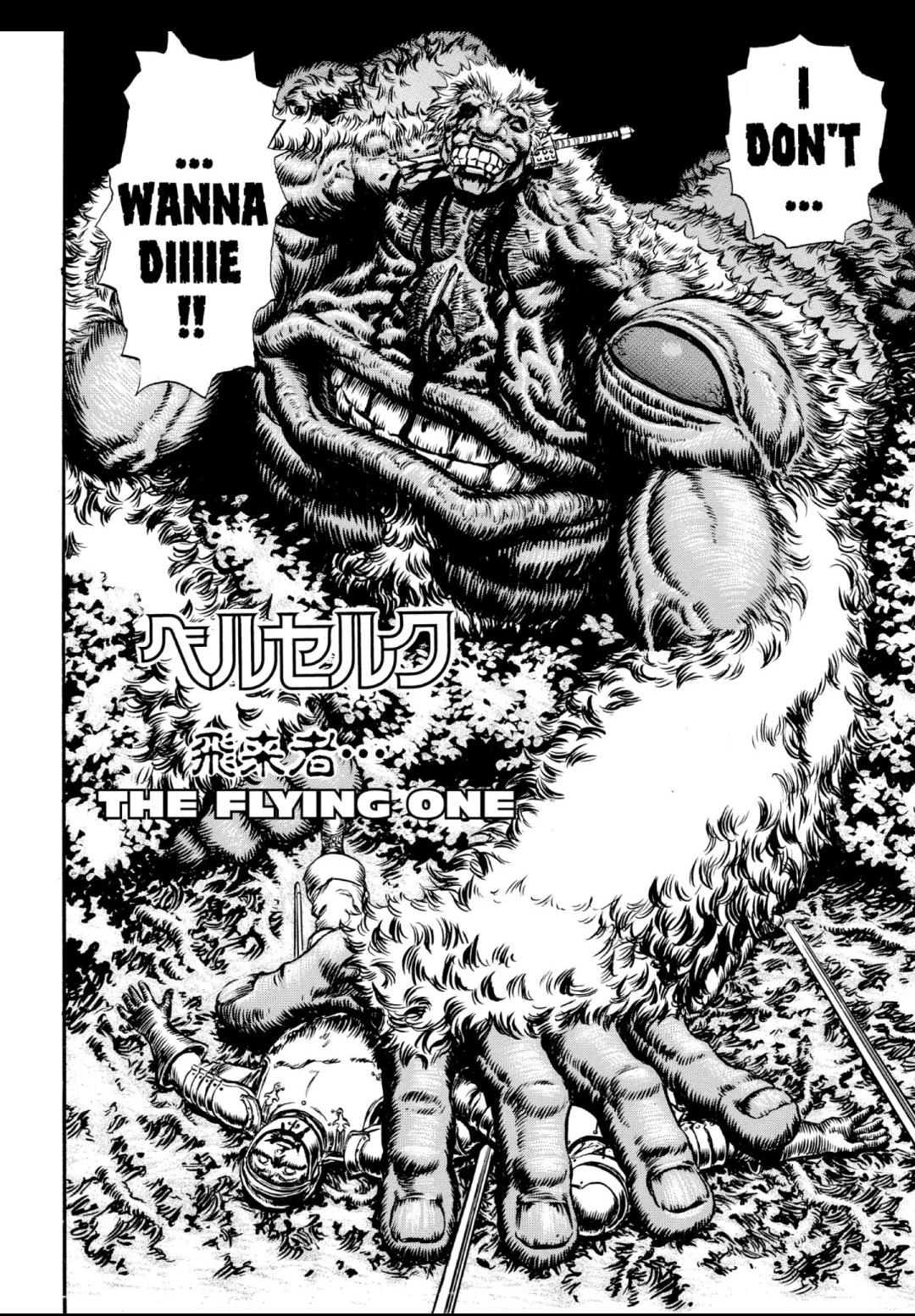 Another case had someone talk about how disgusting they found the series, to which someone else agreed while saying that they loved the series but that Kentaro Miura ‘deserved death for the things he drew’. I literally had no words, and thankfully that account has now been suspended and can’t spew more vile things to say.

But it does raise the question of, how much is too much when it comes to violence in fiction? Having read a decent portion of Berserk so far, I feel like while the shocking things we see are sometimes over the top, it’s part of the allure. It makes no mistake that it is dark fantasy, which means that anything can and will happen, and the fact that it doesn’t shy away from what it is makes it far more interesting. There’s never a doubt about what it aspires to do, what feelings it elicits from the reader. Again, if that’s not for you, there’s nothing wrong with that, there’s plenty of more light-hearted things out there for you to enjoy without hating on something that others love.

What I struggle to understand is the boundary of what is ‘too far’. You can look at other popular anime/manga, such as Attack on Titan or Jojo’s Bizarre Adventure, which have just as much gore and have shocking scenes as well (need I mention dogs in Jojo’s?), but no one seems to condemn them the same way?

This isn’t just about Berserk, or even just about anime and manga. I want to explore if violence ever has a purpose in fiction, beyond the sheer shock value. It’s obvious that not all fantasy settings need to have tons of violence to be successful or good – just look at The Lord of the Rings. Some fantasy fiction tends to overdo it, to the point where it just seems like it’s trying harder and harder to shock you. It may work on some people, but I think most of the audience will just be desensitised by that point, and it just comes across as shallow and uninteresting. 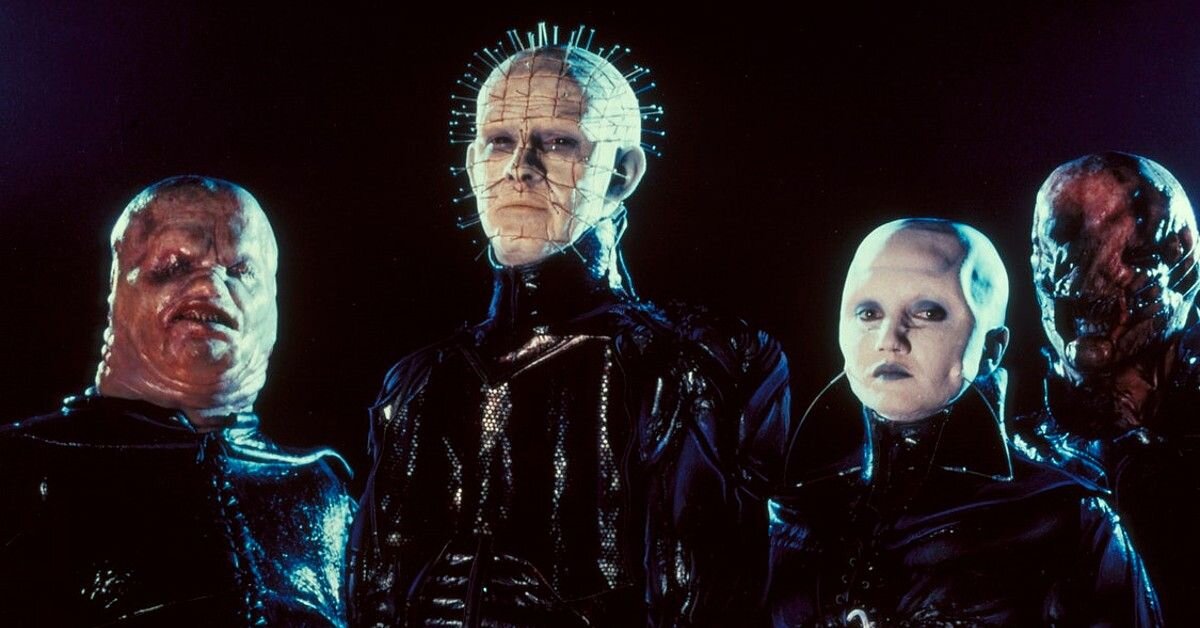 I think a good area to study this is in horror movies. I suppose the first ultra-violent horror movie that would come to most people’s minds would be the Saw series, simply due to popularity. But since those movies are bad, I’d like to focus on Hellraiser instead.

Hellraiser uses gore in an infinitely more interesting way than Saw ever could, and that’s not even up for debate. The Saw movies are just intended to gross you out through shock, just as mentioned earlier, while Hellraiser incorporates body horror into its theme and story. There’s a real disparity in quality and care taken to create an atmosphere that reflects on the content they display. Hellraiser is still gruesome and uncomfortable in scenes, but it is important to each and every character – of which there are few and each are well-developed. Saw is just gory for the sake of being gory, and any semblance of meaningful story or development is gone after the audience realises that. Of course, you can like them for just being gory, but people like that are just a bit weird – there’s far better media out there that is gory and also at least somewhat interesting, you can do much better than Saw of all things.

All in all, when it comes to being uncomfortable with violent media, everything can be organised into three piles. The first pile is the violence where, like Saw or any shallow zombie movie you can think of at the moment, everything is just needlessly violent just to see what they can get away with, with no real purpose besides being shocking. The second pile is where the violence relates to characters or essential story, it becomes a medium of conveying emotions and themes – Hellraiser or the original Oldboy come to mind.

And the third pile is anything in between; violence and gore is in abundance, but never the main focus. It’s used to shock but also thrill you. It’s used to evoke a wide range of emotions. It’s not strictly for enjoyment; it can be purposefully uncomfortable if the situation calls for it. Not to mention, great satisfaction when it happens to a character we are made to loathe, and realism – the world we’re being shown is cruel and the dark visual moments reflect that. Berserk falls into this.

I feel that, at the end of things, I neglected to mention that Berserk isn’t just dark all the time. There are tons and tons of wholesome, funny, silly, cute moments, interspersed throughout the entire series. It’s never worth passing judgement on the first step of a path without exploring the rest of it.