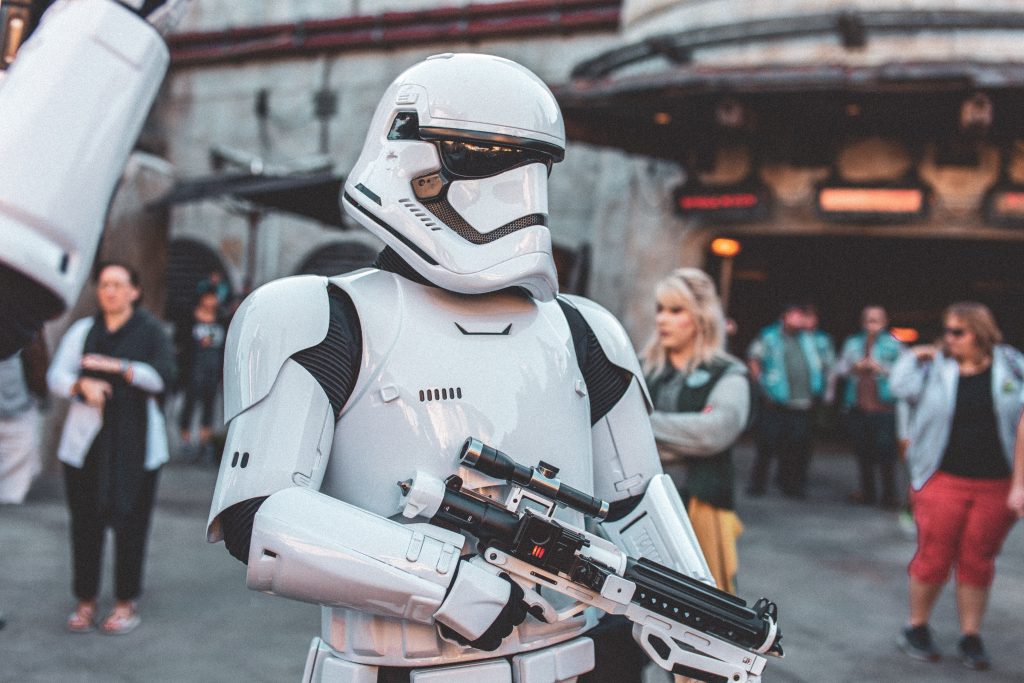 Beginning with the release of ‘A New Hope’ in December 1977, the Star Wars franchise has become one of the largest media franchises in the world. Starting from comparatively humble beginnings, by the release of ‘Return of the Jedi’(1983), Star Wars had become something bigger than anyone could have initially imagined. Since then, Star Wars has grown into three movie trilogies, two spin-off films, multiple animated and live-action series, not to mention the countless novels, comics, and graphic novels. But why is Star Wars so successful?

Well, let’s take look at the critical reception of the first film and a selection of reviews from the time, to see why Star Wars has been beloved from the very beginning. (The reviews I found were cited in an Entertainment Weekly article I will link to here, and I highly suggest giving it a look as the reviews offer an insight into why the first film in the franchise was a success.)

“A universe of plenty — as audiences can discover beginning this week in Star Wars, a grand and glorious film that may well be the smash hit of 1977, and certainly is the best movie of the year so far. Star Wars is a combination of Flash Gordon, The Wizard of Oz, the Errol Flynn swashbucklers of the ’30s and ’40s and almost every western ever screened… The result is a remarkable confection: a subliminal history of the movies, wrapped in a riveting tale of suspense and adventure, ornamented with some of the most ingenious special effects ever contrived for film. It has no message, no sex and only the merest dollop of blood shed here and there. It’s aimed at kids — the kid in everybody.”

I think this idea of simple fun and nostalgia rings true to something central to the nature of Star Wars. It isn’t a life altering, heart-breaking masterpiece that re-contextualises everything in your life and changes the way we see the world. It’s a fun franchise where good guys fight bad guys with laser swords and magic.

I thought that this nostalgic connection came from the latter part of the franchise, being passed down from those that had grown up with it to their children and so on, but it is revealing to see these feelings being stirred up even at the release of the earliest instalment.

The majority of the reviews are from critics and journalists that are used to talking about films and tearing them apart, but the Star Wars they list the simplicity as though it were a good thing, because sometimes what we want is simple. Star Wars presents a fantastic combination of everything that makes a film fun, and it is from this that the mass following of the Star Wars franchise stems.

The films prequels especially show that fun is more important than depth and grit, with the often times, questionable dialogue still being memorable and incredibly entertaining. It’s no wonder almost every line of the prequels has become an internet meme!

In the same vein, the historical success of the films merchandise comes from the fact that every aspect of Star Wars is visually recognisable and perfectly designed with a distinct feel. Odds are you’ll know Star Wars when you see it. It is through this distinct feel that the franchise has grown into an empire of its own. It’s always been that sense of nostalgia and simple honest fun that has drawn people to Star Wars.

The Marvel movies demonstrate the same emphasis on creating a sense of fun, and the success that can have. I was an overly critical teen around the release of ‘Age of Ultron’, and I remember having conversations along the lines of “Ugh, omg why do people like this, it’s so basic” (except spoken like an actual human being.) But I overlooked the reasons they were successful. They’re decently written, well designed, and visually bright and fun! (Except ‘Thor the dark world’ but that failed for that very reason…). What I didn’t realise is that sometimes a piece of media just needs to be fun. And there is nothing wrong with doing fun for fun’s sake.

A masterpiece can be a masterpiece without complexity. And getting that right can be the most impressive thing of all! I adore Star Wars for its unique position as an empire of nostalgia, born from the nostalgia of the films that what came before it, Star Wars continues to inspire those same feelings in fans young and old across the world!