The US Military and Hollywood 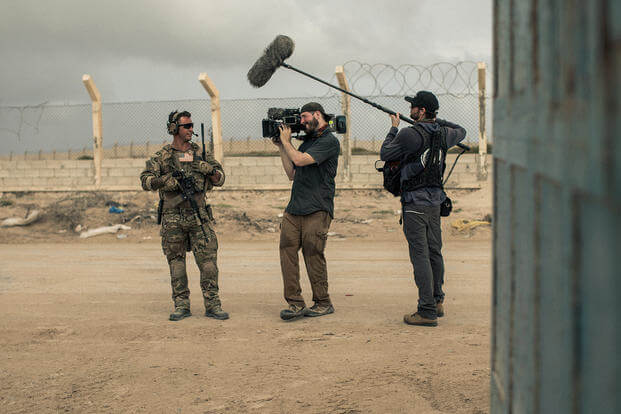 Whenever you see the US military on screen, chances are they’re not just in front of the camera- they’re behind it.

The Pentagon and Hollywood have long had a relationship of ‘mutual exploitation’, a term coined by Author Lawrence Suid to describe the way in which the American film industry and its military have become intertwined. Every branch of the US military has offices in Hollywood with the purposes of loaning out millions of dollars’ worth of equipment to film makers and supplying military personnel as film extras, all for a free or reduced cost. In return, the military asks for one small thing: final script approval.

This means they are free to change everything, from minor details to radical rewrites of the story that might depict the military as anything other than what the Pentagon decides is appropriate. Sometimes these can be relatively small changes, like in the Hulk, where producers were told they couldn’t use the name “Operation Ranch Hand” because it was too similar to a real chemical warfare program used in the Vietnam war. Other times, they’re much larger. For example, convincing film makers to add a scene in Jurassic Park  3 where the military heroically rescues the protagonists.

Looking at this scene, you can clearly see the Department of Defense’s fingerprints all over the ending. The way the music swells at the soldier’s introduction, the adoration at the sight of the military; it’s not an exaggeration to say that this depiction would not be out of place in a propaganda film. What is most worrying though, is that it doesn’t feel out of place. In fact, until it’s pointed out, most of us would think that this scene is completely normal.

And for Hollywood it is normal.

This practice of renting out equipment started with the film Wings, back in 1927. From then to 2017, more than 800 feature films received support from the US government. Anything from war films like Black Hawk Down to comedies like Meet the Parents have been produced with the assistance of the department of defence or CIA. But in recent decades the military have become increasingly involved in sci fiction and superhero films. Transformers, War of the Worlds and Independence Day: Resurgence were all a part of this process. Marvel movies too, particularly the Iron Man and Captain America trilogies, are two of the most transparent examples.

In every one of these films the depiction of the military is relentlessly positive and completely uncritical, but this mutual exploitation is more than just effective PR.

“Top Gun”, a film described by a journalist at the time as  “a 110-minute commercial for the Navy”, is a 1986 blockbuster that glorifies the military lifestyle. On the surface, it’s just a fun movie about flying planes and playing volleyball on the beach, but to others it’s a reason to sign up. Following the film’s release the number of men joining the navy to become naval aviators is said to have gone up 500%. This was no accident, the navy even had recruiting booths in cinemas where the film was playing and this was not a one off. In fact, recruitment has consistently seen increases after the release of a popular war film.

In recent times, the line between Hollywood films and military recruitment ads are becoming blurred. Just as studios cross-promote  with fast food chains to bring you a branded toy in a Happy Meal,  they also do the same with the American war machine, with many trailers now doubling as recruitment ads.

This can be seen in X-Men: First Class and Independence Day: Resurgence (which had a viral marketing campaign based on Military recruitment- for more information on this see here).

Roger Stahl names this American phenomenon of war merging with entertainment, be it through the news, films, video games or even toys as a culture of ‘militainment’. Stahl argues that modern audiences are increasingly seeing war through the lens of interactable entertainment. It’s most obviously seen in video games, but Hollywood’s dependence on real military equipment helps to associate the fun of fictional violence with the reality of actual military hardware. This is particularly insidious given that the superhero films, where we most commonly see the entertaining side of war, are targeted at young people.

Perhaps more worrying though is when “militainment” works the other way around. Military recruitment ads will now purposefully borrow the Hollywood aesthetic.

The ad is clearly made to be cinematic. At first glance you might even think it was made for a film or a cinematic game trailer, the fact that our entertainment is almost indistinguishable from military propaganda should be incredibly concerning. Except its not, its completely normal.