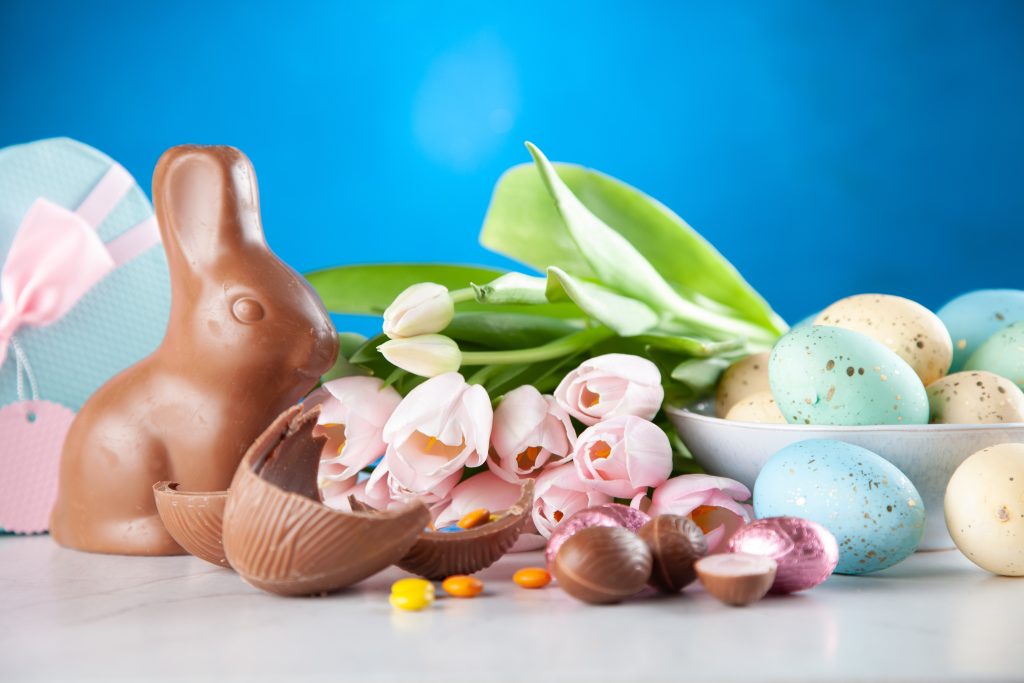 Easter weekend is perhaps one of the biggest parts of British springtime and it has a rich history indeed. Its name links back to a festival called Eastre, held during the spring equinox in honour of the Saxon goddess of spring. Her symbol of the hare, once a symbol of fertility, is still prominent in the iconography of modern Easter. The festival likely evolved to fit Christian beliefs as it became the dominant religion, and the spring festival was adopted into the Christian calendar.

Modern Easter maintains the iconography of fertility, with chicks and eggs featuring prominently and representing the idea of rebirth. This reflects both the spring season brining the plants and flowers to back into bloom, and the resurrection and rebirth of Jesus in the bible. To Christians, the crucifix is the most significant symbol of Easter as the holiday follows the story of the death and rebirth of their messiah.

In the Christian calendar, there are lots dates that are significant to the Easter celebration.

It begins with Shrove Tuesday; also known as pancake day. On this day you are supposed to eat all the sugary and luxurious food you have left before fasting for lent; a period of 40 days of fasting. It reflects the fasting of Jesus and his own 40 days of fasting in the desert. Pancakes became the day’s traditional dish as they were perfect for using up these luxuries such as sugar and flour.

The following day is Ash Wednesday and marks the beginning of Lent. However, to the majority of people, lent has become a time where people give up something they enjoy for the period as a symbolic gesture instead.

The Sunday before Easter Sunday is called Palm Sunday, and the following week is referred to by Christians as holy week. Each day commemorates a different moment in the tale of Jesus’ crucifixion, leading up to Judas’ betrayal and the last supper. The week ends with Good Friday and the commemorating of the crucifixion itself, remembered as ‘Good Friday’ because the crucifixion is believed to have wiped away the sins of man. Finally, The Easter weekend begins on Black Saturday, which marks the burial of Christ.

Easter Sunday, or simply ‘Easter day’, celebrates Jesus’ subsequent resurrection but also the new life of the season. This is also the day Easter eggs are commonly hidden to be found in the morning. Both a reference to the morning discovery of Jesus’ empty tomb in the Easter story, and chocolate eggs representing a discovery of new life. The days Pagan roots are also reflected by the joint celebration of springtime, as the world comes back to life with the changing season.

Easter Monday then tips off the holiday with a bank holiday in many countries, providing a day off work and a day to reflect. The Easter season on the Christian calendar then ends with the Pentecost, taking place 50 days after Easter Sunday and marks the return of Jesus’ spirit as he visits the apostles.

While for many, only pancake day, lent and the Easter weekend itself are celebrated, to Christians the holiday is much larger and tells the entire story of Jesus’s crucifixion and subsequent resurrection from beginning to end.

Interestingly, Easter is referred to as a ‘Movable feast’, meaning its date is not fixed. The commencement is instead designated as the first Sunday after the full moon that occurs on or soonest after 21 March.

Whether you’re a Christian or not, Easter celebrates a time of renewal. In springtime the changing of the seasons brings with it warmer weather and an explosion of life. To many it is this seasonal rebirth that is being celebrated year after year.

We hope you enjoy the beginning of spring! Remember to keep up to date with all that’s going on this season here at Networthpick over on Facebook, Twitter and Instagram, and why not follow us on Tik Tok while you’re at it?