Inside the Sleeping, Wandering Mind 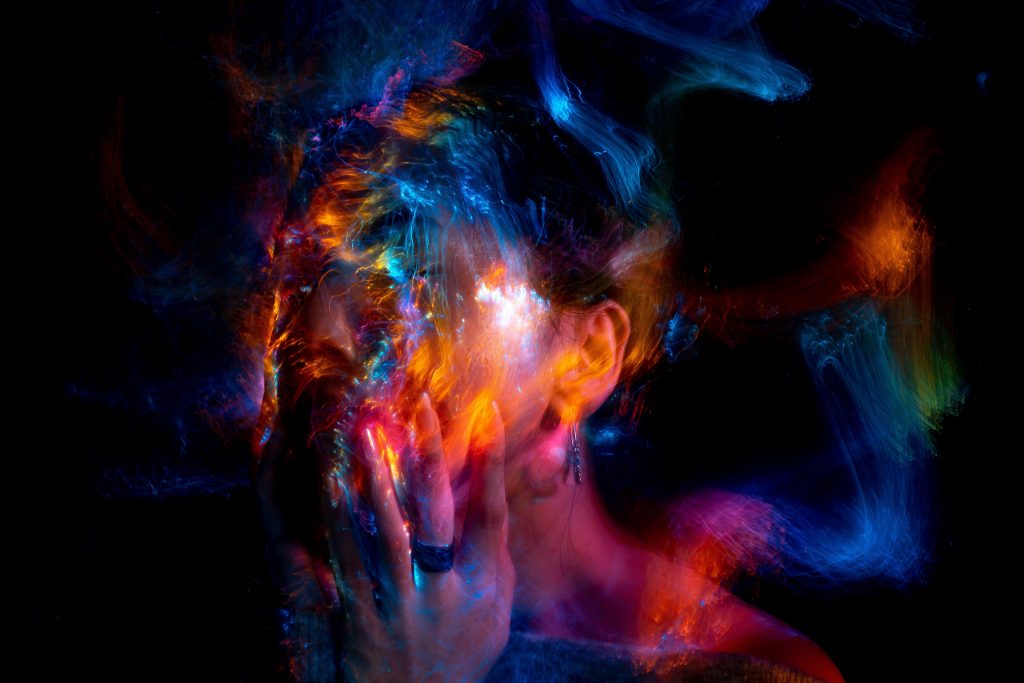 Dreams are a weird thing. Regardless of your own personal creativity, the mind is curious, it’s interesting to think we may never fully comprehend it. Humans have studied and theorised about why we have dreams and what they mean for as long as we have had intelligence. A dream is a vision, a message from God, your soul wandering, a reflection of your unconscious mind. Every culture or religion has their own explanation.

Oneirologists study the science of dreams and brain activity during sleep, yet aren’t particularly close to discovering the purpose of dreams. While the progress made is fascinating, I have an odd wish that we never find out exactly how it all happens. Why? Well, isn’t there a peculiar excitement when looking at the unknown? You are captivated by it, yet you will never understand it, no matter how hard you try? Dreams are unfathomable and terrifying, but you can’t help but feel drawn to them.

I’m in no way spiritual, or religious, or have any beliefs that most would call unusual. But I do think that dreams have meaning – not in the sense of fortune telling or predicting the future, but that they are all unique to the dreamer. I’ve had dreams that I don’t think could ever be reproduced in any form, as I’m sure many people have.

It’s an immensely popular belief that dreams are thoughts dwelling in your subconscious, your psyche, which need to be expressed and perhaps confronted. That idea itself is irrefutable; everyone has had a dream about something they’ve experienced recently or that will happen soon. But what interests me above all else are the dreams so peculiar, so unimaginable, that you have no logical idea of what it means, let alone of just what you saw. The same applies especially to nightmares.

I’ve had an immeasurable number of unique nightmares since I was a child, and considering I’m only twenty, they’ll probably continue to occur for a while. One of the most strikingly unique, and terrifying, was one that occurred very often to me throughout my childhood. It consisted of me waking up, in the dream at least, and being compelled to get up and walk. Slowly, very slowly, making my way out of my bedroom and down my stairs. Our stairs are creaky and it’s impossible to ascend or descend them silently, yet in this dream there was no sound. Directly opposite the bottom of my stairs is our front door, and to the right is the door to the living room. My hand would be drawn to the handle, without being able to stop it. As I pushed it open, a distant sound would amplify gradually – I can only really recall it as an eerie humming. I would walk into the living room with cautious yet resolute steps, only to see that there was nothing. The room was exactly how it always was. The time was perhaps six in the morning, with a faint light beginning to breach the windows; everything was completely normal.

Then the hum would rise sharply, piercing my ears. My body would freeze, standing on the further end of my living room, then would steadily turn to face where I had entered from. The room grew darker as I turned and standing behind me was the statuesque figure of Death. The grim reaper, a cloaked figure with nothing but faceless shadow under its hood. Ghostly tendrils gripped a slender scythe, stood with the shaft resting on the ground and the curved blade pointed away from the figure. The hood would slowly shift to look directly at me as the humming heightened, then stopped as it stared at me, beginning a deafening silence. My body felt numb as the room became engulfed in darkness, and then I would simply wake.

Oftentimes I feel a pain or sensation from a nightmare that caused me to awaken, but I never did from this one. My heart would be racing, yes, but it would never feel intensely frightening. And yet this was the dream I wished least to experience; it was so strangely terrifying to me and yet I couldn’t ever explain why. In other nightmares I would be hurt, would die, would be scared half to death, and yet none affected me like this one.

I’m a bit dramatic, I know.

Fast forward a few years and, after a fateful encounter with a certain animation, I adore horror, and I am so thankful for that dream. It made me realise true fear is elicited from terror and dread, rather than quick, unexpected scares. I’m a writer now and I use the dreams and nightmares I have as inspiration for stories. I often see people say you can’t be truly original with stories anymore, and I would like to directly refute that. Dreams are a limitless fountain of ideas, and I highly recommend taking quick notes of the dream while you can remember it.

Nightmares are, or at least feel like manifestations of real fears of the dreamer, and as a result, tend to make more sense than regular dreams. Most of my nightmares were influenced by horror movies I’d seen, something I was anxious about at the time, or a general fear of death. Now it’s at the point where I have a nightmare that was the same as one from my childhood and I criticise my brain for being unoriginal. 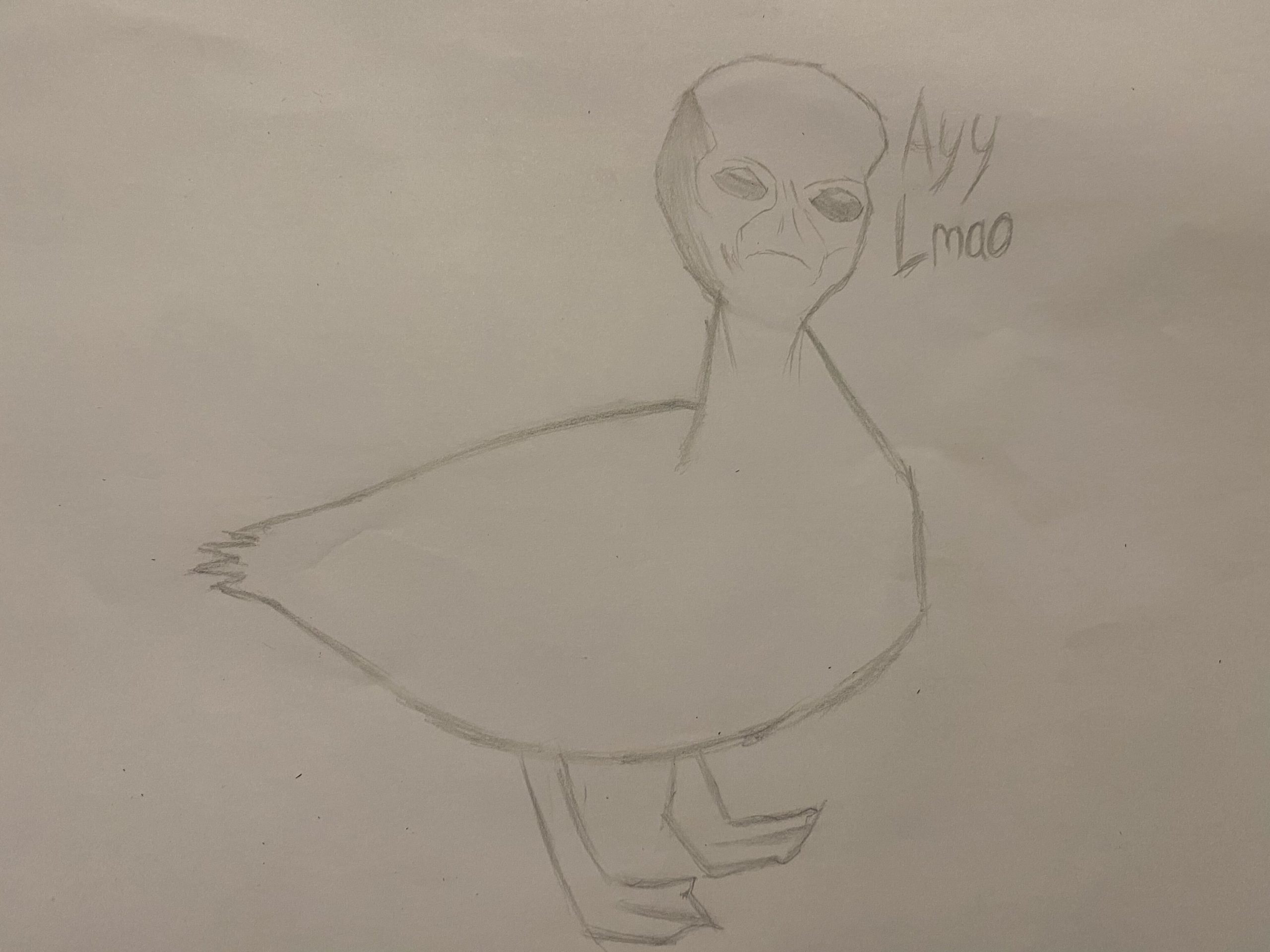 I, uh, can only apologise. I had a dream about ducks with alien heads that landed on my shed and started making weird noises at me. All I could think of was the ‘Ayy lmao’ alien meme, so I started saying it to them and then they got annoyed at my cats, and subsequently started pooping in the garden.

I promise you I was not drunk the night before nor was I under the influence of any drugs. But I did quickly make a note of it and decided to illustrate it for this article. Lucky you, to see such… artwork. Well, at any rate, it certainly lightens the mood after the nightmare talk.

Really, I do think dreams should be taken a bit more lightly in general. Was there any meaning or message behind the alien duck dream? Absolutely not. Was there something behind the Death nightmare from my childhood? Maybe, but I spun it around and used it in a positive light instead. Obviously if repetitive dreams are interfering with your daily life, it’s best to seek help to understand if you may have an unresolved issue.

If you’re interested in the science behind dreams, by all means, study to your heart’s desire. For those like me, who love the mystifying, mysterious nature of dreams, who find a use for them and enjoy the sheer creativity of the unconscious mind? Keep on dreaming.