Peacemaker: The best DC has to offer 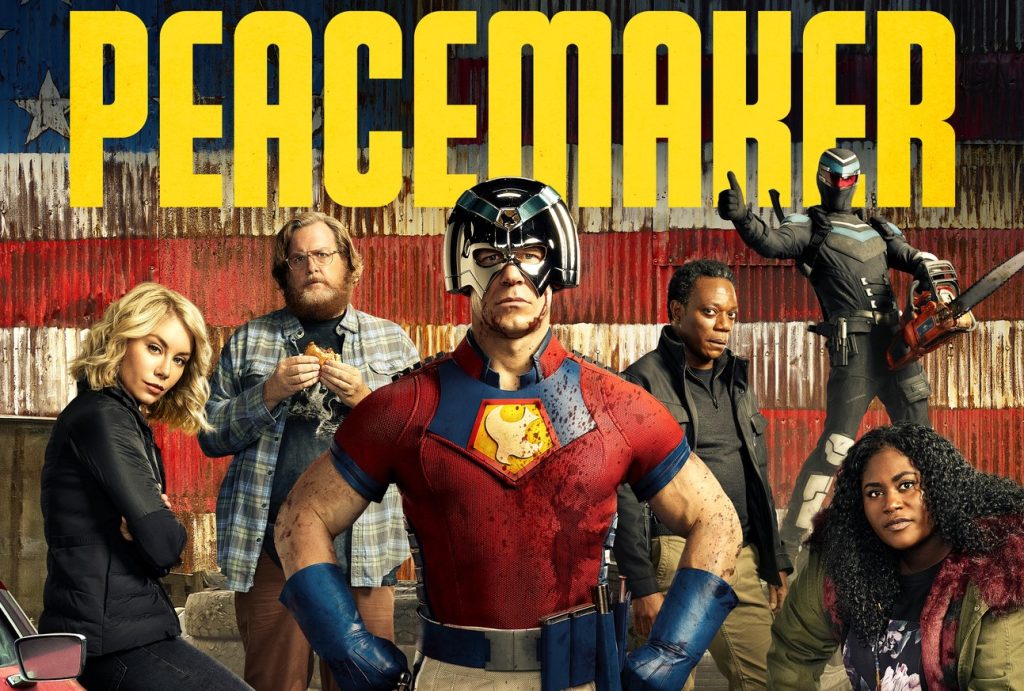 This article contains minor and possibly major spoilers for the show so if you have not already, please watch the show before reading this.

Peacemaker is a live-action show based in the DC extended universe. It takes place not too long after the events in The Suicide Squad, and shows us what the Peacemaker has been up to since. The show is written and directed by James Gunn, the same man responsible for The Suicide Squad and many other well-known films and projects, including Marvel’s Guardians of the Galaxy. This appointment makes sure the quality of the show is up to scratch with what they started with The Suicide Squad, making this series feel like an extension of the film instead of just being a knock-off. The reported budget for John Cena’s titular character’s first season was an eye-watering $185 million. While I couldn’t find a solid figure, it is believed every episode cost upwards of $8 million to make. Although this figure is greatly beneath the reported $185 million budget it is insanely huge for a TV show.

The show, because it was written and directed by the same man, shares the same dark humour and gritty atmosphere of the previously mentioned The Suicide Squad, also at points giving flashbacks to the film when extra context is needed in the show. In all, it does a brilliant job bridging the gap between the film and the show, while also letting the show breathe and not be in its shadow. 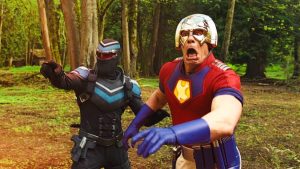 One of the biggest triumphs of the show and its writing is the fact that they had no source material for many characters. Main characters in the show like Peacemaker, Vigilante, and the White dragon all come from the pages of DC comics, but all had very minor roles in the comic book universe. Peacemaker was also not an original DC character; he was a Charlton comics hero along the likes of the Blue Beetle. But when they went out of business, DC bought them and the rights to their characters. After which Peacemaker made very infrequent and minor appearances in DC comics, and eventually had his own 4-part miniseries in the 1980s. Vigilante and the White Dragon also had very minor roles in the DC comics and did not really come into contact with each other at all. This was even more surprising to find out after watching the show because in the show they all know and have deep connections to each other in the DCEU. These changes all benefit the characters and develop them and the overall narrative running behind them.

The inclusion of the White Dragon is a bold and I think brilliant use of a very controversial character. The White Dragon in the show and the comics is the grand wizard of this universe’s KKK, and is a masked vigilante that only stops crimes committed by people of colour. It’s clear to see why he is a very controversial character but, in the show, I feel he is used perfectly. It shows you how bad and horrible of a person he is to everyone including his son which in turn leads to his somewhat turn into a good person. In the show, he is the father of the Peacemaker but in the comics, they have nothing to do with each other. This helped the Peacemaker become a tiny bit more sympathetic and added needed layers to his gruff character. This main change to the source material is a very welcome one and to me builds on the mythos of the Peacemaker character.

While watching the show it is easy to see how addictive and natural the acting is. Every single character is written and acted in a way where they all come off as believable people, this epitomises great writing. Nothing feels forced or out of the blue, apart from one or two lines in the whole show, allowing it to move at a very steady pace throughout. Until the end anyway.

One of the biggest praises I could give the show is the casting and the overall acting, every character is cast perfectly, and they all seem to be trying their hardest with what they have been given. This helped craft one of the most complete and addicting first seasons of a show I have ever had the pleasure of watching and has me wanting more. It was great to see it was renewed for a season 2 but will be years down the line due to James Gunn being busy filming the third Guardians of the Galaxy film.

The humour in the show and the previous movie outing is dark but insanely humorous. It skates the fine line between gratuitous and comical while never crossing it. This gives these stories in the DCEU their own taste and flair to them, helping them stand out from the generic style of the mainstream heroes. This is coming from a fan that appreciates both but it’s great to see a comic book film not be shy with blood, gore, and strong language.

One of the first things I saw about Peacemaker is the amazing camp and outlandish opening to the show. In which all the main characters are doing a choreographed dance routine to a very catchy song. This literally shows you what the show is about, it’s not afraid to shock you, make you laugh, and even question what you just saw. This is not your usual comic book movie, and they revel in that fact letting them get truly bonkers and creative with the source material.

One of the things I had a very slight issue with is the pacing, episode 1-6 flowed effortlessly. Showing how the crew met and slowly got used to and got to like one another. It feels natural and half of it feels improvised, it’s that loose and believable. But the last 2 episodes had so much to do and ground to cover it almost felt rushed and too condensed at times. This I feel could have been prevented with another episode to help space out all the revelations, reveals and all the action but to be fair they might only have been allowed an 8-episode season. So, with all this in mind, they honestly didn’t do terrible but after the smooth ride through episodes 1-6, it did feel a little jarring to be bombarded with so much right at the end.

Another minor spoiler but another bad point for me was the misuse of such great characters. The main one being Peacemaker’s father, The White Dragon. For most of the season, we are shown his dad to be an old racist who doesn’t trust anyone, especially people of colour, but we get throwaway lines of dialogue and many scenes showing off his power armour. While watching we knew that there would eventually be a face-off between the father and son, but no one hoped or thought it would be over as quick as it was. After defeating his father, it is revealed that Peacemaker can still see and talk to his father in his head. Symbolising the effect and hold his father had on him physically and mentally.

Many other great characters such as Clemson Murn, Captain Locke, Sophie Song, and her partner Larry Fitzgibbon, deserved a lot more screen time but were killed off to continue the plot and overall story. These can all be looked over, but they at least could have done more with these stand-out performances from the actors.

There are too many cameos and references in this show to list, one of my favourites were the many name drops of Batman throughout the season. The only thing I disliked about this was how Peacemaker talked trash about the Dark Knight. Even though it fits with his character to do so, I think it was low-hanging fruit to diss DC’s biggest name and to me the main reason DC is still popular. My second and the best cameo/reference possibly ever is right at the end of the show after the climax. After the day is won and all is saved the Justice League shows up just to be mocked by the Peacemaker. This is a truly comical scene and greatly ties all the DCEU projects together helping DC try to replicate the success of the MCU.

There are so many more cameos and references, but I feel I gave enough of a reason to check this show out for yourself. It’s dark, funny and to me felt genuine and John Cena deserves a lot of praise for his brilliant portrayal of the titular Peacemaker.