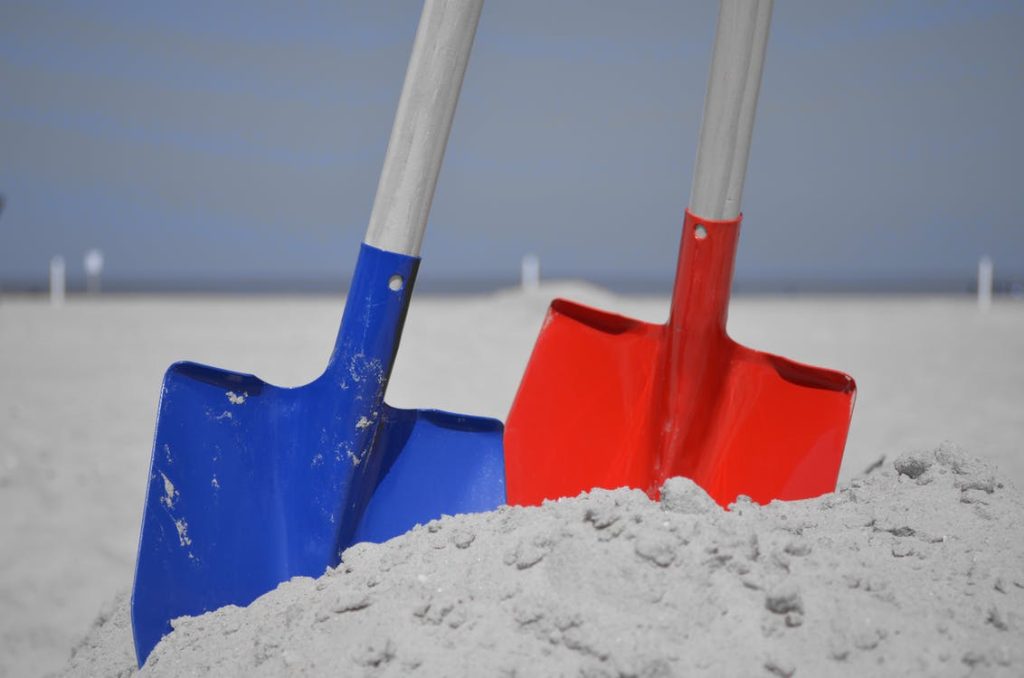 It’s safe to say that not everything cheap is of low quality; Bourbon biscuits are wonderful, and you can still get massive packs of them for a mere pound.

But for every tea-time delight, five crappy, bare-bones games are pumped out into the bargain bin sat opposite the shelves.

When it comes to video games, “Shovelware” is used to describe those made with a low budget, inevitably leading to even lower quality. The term refers to the focus on quantity over quality, distributing new games or compilations “by the shovel”.

And here I thought it referred to how many of them would be better off shovelled into a landfill. But then, ‘Casper and the Ghostly Trio’ is no E.T.

If you recognise the title ‘Casper and the Ghostly Trio’, then congratulations, you’re familiar with Blast! Entertainment. Although perhaps my condolences may be more appropriate.

For those blissfully unaware, and/or ready to subject themselves to torturous monotony, Blast! Entertainment was a publishing joint-venture between Mastertronic Group and Disky Communications. The partnership was announced in 2006, and ended in 2009, with ‘Casper’s Scare School: Spooky Sports Day’ for the Nintendo DS and Wii being the final nail in Blast!’s coffin.

Somewhat fitting that something involving ghosts would be their final title.

So, in their three short years, what did Blast! Entertainment subject the unsuspecting public to? What games were grandchildren nationwide underwhelmed by, when grandma brought them home from the weekly shop? – I dodged a bullet there, my grandmother came back with heaps of DVDs each week instead. I’d take a sketchy copy of ‘Garfield: A Tale of Two Kitties’ over some of the upcoming droll any day.

Well, what better place to start than with not one, but two games about movies featuring pigs? 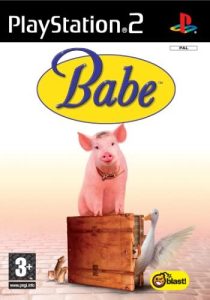 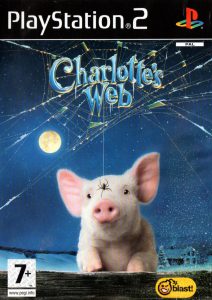 The existence of the ‘Charlotte’s Web’ game is almost justified. Put it this way: if a shovelware company were the hero of Taken, its “very special set of skills” would include taking a beloved IP, shoving it in a blender, and spitting out a £5 mess to take advantage of said IP’s far superior – but still only half-decent – movie.

Speaking of movies, Blast!, along with developer Atomic Planet Entertainment, gave us a video game adaptation of the hit movie ‘Top Gun’ in 2007. I couldn’t find much on this game outside of Amazon listings however, so something tells me it wasn’t quite as successful.

But it wasn’t just movies that got abysmal adaptations. Remember ‘Little Britain’? Of course you do. While the once-loved show has aged like a fine milk, the video game (creatively titled ‘Little Britain: The Video Game’) didn’t exactly set the nation on fire to begin with. 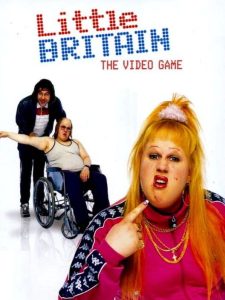 A calling card of shovelware titles, the game wasn’t so much a game, as a collection of soulless minigames based on various characters from the show. Players were presented with seven different minigames, each playing like a sketch from the show. If you’ve seen even one episode of Little Britain, it’s very likely that you could recite the contents of the game without ever having played it. It’s predictable, offensive, and about as one-dimensional as a 3D game can be.

Surprisingly inoffensive however, was ‘AMF Xtreme Bowling 2006’. The graphics were offensive to the eye, but nothing “Xtreme” to speak of, and sadly no explosions in sight. Silhouettes of women dancing do replace the typical splash screens for achieving a strike, spare, etc. But again, nothing suggestive enough to give the Bayonetta closing credits a run for their money.

In fact, the most extreme thing I could find was the inclusion of a location named Tombstone. Sadly, no gameplay I found online showed off that particular alley. I can only assume this means that everything within it is simply too hot for TV, otherwise ‘AMF Xtreme Bowling 2006’ seems to be closer to a mildly enjoyable, bare-bones bowling game, than it is to “Xtreme”. Then again, perhaps they left all the bones in Tombstone.

Have I mentioned that Blast! Entertainment was based in London? As a Londoner myself, I can only do the very British thing, and apologise profusely.

As a British company, it comes as no surprise that Blast! wanted to bring their special brand of mediocrity to one of the most recognisable British properties, that being Mr. Bean. Also known as ‘Mr. Bean’s Wacky World’, the game was a 3D platformer based on the animated series of the same name. While I’ve not seen the cartoon itself, I’m sure it’s a decent show, even if the fact that it is animated, does cause it to lose some of the charm of its live-action predecessor.

‘Mr. Bean’ for the PS2, Wii, DS and Windows, however, seems to have only picked up the last four letters of the word “charm”. In that, it is so awful, that I’m convinced the developers were actively trying to hurt the British public, and chose an ugly, cel-shaded collectathon as their weapon of choice.

Want proof? The PS2 version of the game appears in one of my favourite YouTube shows, ‘Worst Games Ever’.

The game wouldn’t be the last Blast! Game to feature on the show either, so take what you will about the company from that information.

It’s important to note that Blast! is not solely to blame for what they served us in their three short years. They did not make the games discussed, instead working alongside notorious shovelware developers like Atomic Planet Entertainment and Data Design Interactive, the latter of which was responsible for the notoriously bad ‘Ninjabread Man’ (which was actually reskinned into multiple games Blast! had a grubby hand in).

As publishers, they were simply happy to slap their name and their blinding yellow banner onto whatever cheaply made project that came their way. Then again, if no one had claimed these games, many of them would have likely never seen the light of day.