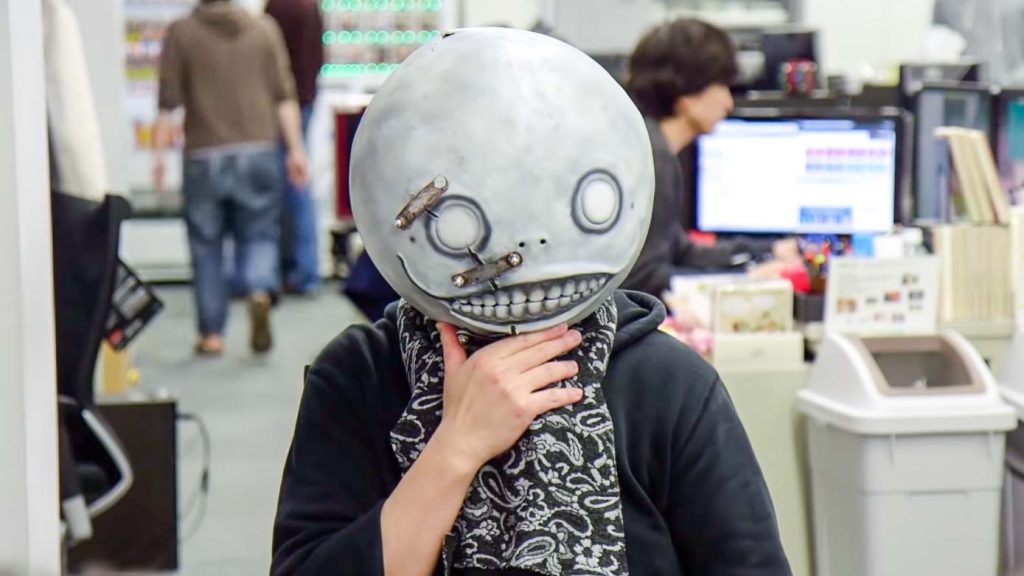 It’s a vague title, no doubt. Quite simply, I’m here to retell some of the most entertaining, interesting, and bizarrely funny stories in the world of gaming.

Where better to start with the strangest, most brilliant man I can think of: Yoko Taro.

Taro is most known for his work writing and directing the Drakengard series, including the spin-offs NieR (NieR Replicant ver.1.22474487139… being the remaster released last year) and NieR: Automata. He’s well-known for his writing genius, with incredible, complex and beautiful stories that are woven into each game.

He also directed a mobile game called SINoALICE a few years ago, with RPG ‘gacha’ elements that are popular in many Japanese mobile games. Having designed several characters in it, he was asked by the game developers to create outfits for the characters that showed more skin – particularly swimsuit designs. 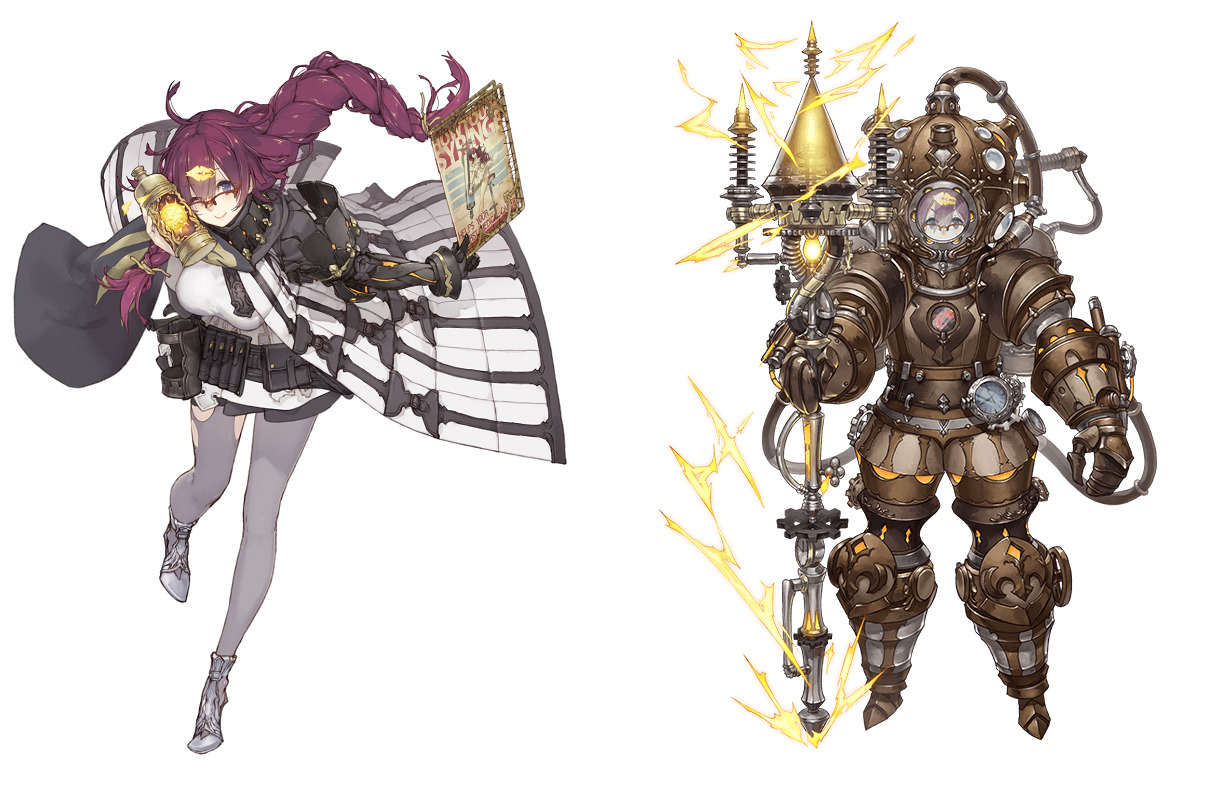 Ever the joker, Yoko Taro decided to put the character ‘Dorothy’ in a heavily armoured aquatic diving suit. Technically still a swimsuit, right? His interviews are always highly entertaining, he’s incredibly bizarre and funny, but the stories he writes are often so emotional – it’s surprising, yet hilarious, to see him be so easy-going.

The Birth of Devil May Cry

Staying within the realm of Japanese game development, it’s worth bringing up Hideki Kamiya, another director who I consider one of the greatest developers around. His first real project was working on Resident Evil 2, now widely considered one of the best games of all time. Later projects included Okami (my personal favourite game of all time), Viewtiful Joe, and the Bayonetta games. He was also asked to work on Resident Evil 4, although his ideas strayed a bit much from what the producers would have liked for the series’ next instalment. This led to it becoming a separate project, now known as Devil May Cry. 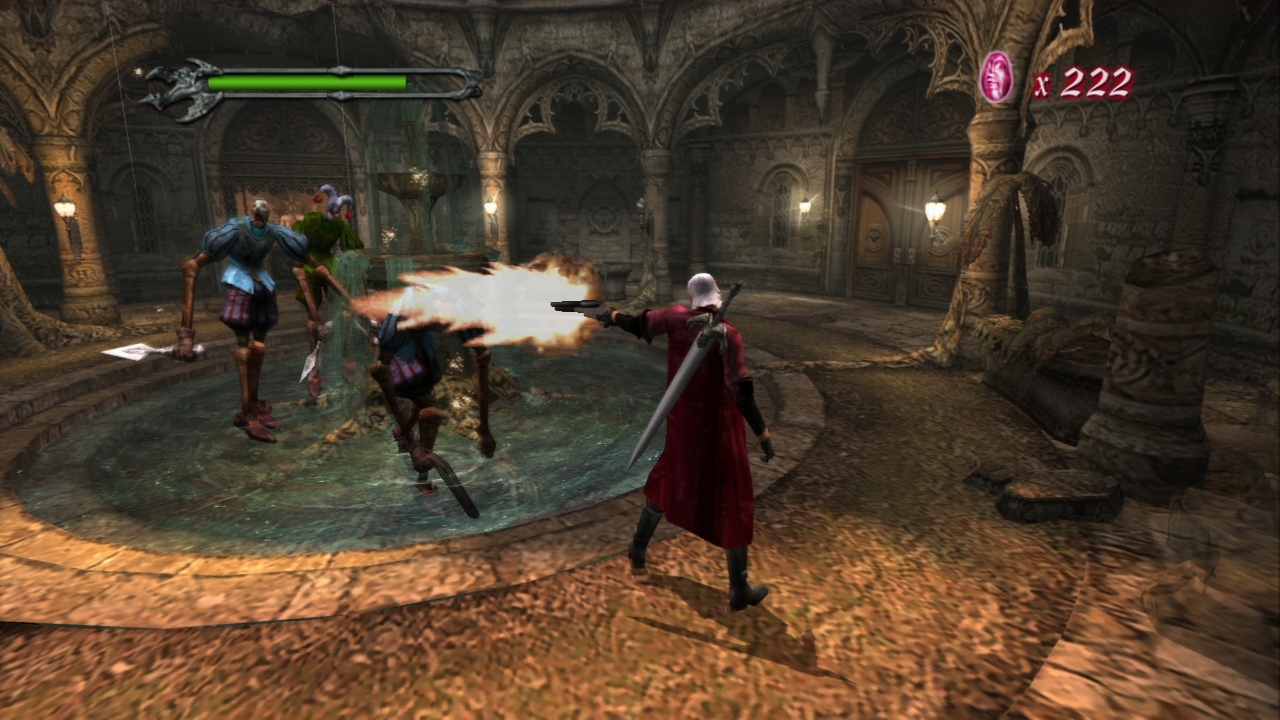 That’s right, the massively popular hack-n-slash game series began first as an idea for Resident Evil 4. It’s a great relief that the two were separated, because the action and horror genres have flourished following the two games’ releases – and we now have two games considered as some of the greatest games of all time. Although he was not involved in the rest of the Devil May Cry series, Kamiya’s influence has truly impacted the face of action games, and it’s all for a very odd reason.

Although now very popular and commonplace in action games, the act of ‘air-juggling’ was popularised here. And Kamiya found it whilst playtesting the game Onimusha: Warlords. A bug in the game allowed players to keep enemies in the air by hitting them repeatedly, not originally intended to happen. This directly influenced Kamiya to include juggling in Devil May Cry, through the use of Dante’s guns and sword. Now, juggling is prevalent in any hack-n-slash game out there, even featuring in the revamped gameplay of the lately released Lego Star Wars: The Skywalker Saga.

Secrets of the Colossus

Moving onto another renowned game, Shadow of the Colossus was an action-adventure game developed by Team Ico following their release of Ico. It features sixteen colossi that the player must find and defeat in a massive albeit empty open world. Upon defeating each, the main character, named Wander, returns to the area called the ‘Shrine of Worship,’ where he hopes to use an ancient dark power to revive a girl he has brought there.

Fans of the game have tried to uncover secrets in the huge world, and considering the vastness, there should be one or two. The most popular theory is that of a secret colossus that could be unlocked and fought after certain feats, such as beating the game several times, along with the time trials the game offers. This would allow Wander to be able to climb the massive tower of the Shrine of Worship. While technically possible, you are never able to climb the shrine due to having limited ability to grip while climbing. By using certain techniques to conserve energy, it is possible to reach the tallest physical point and approach an area seen only during the ending of the game: a secret garden that can be explored, but has nothing of note within. 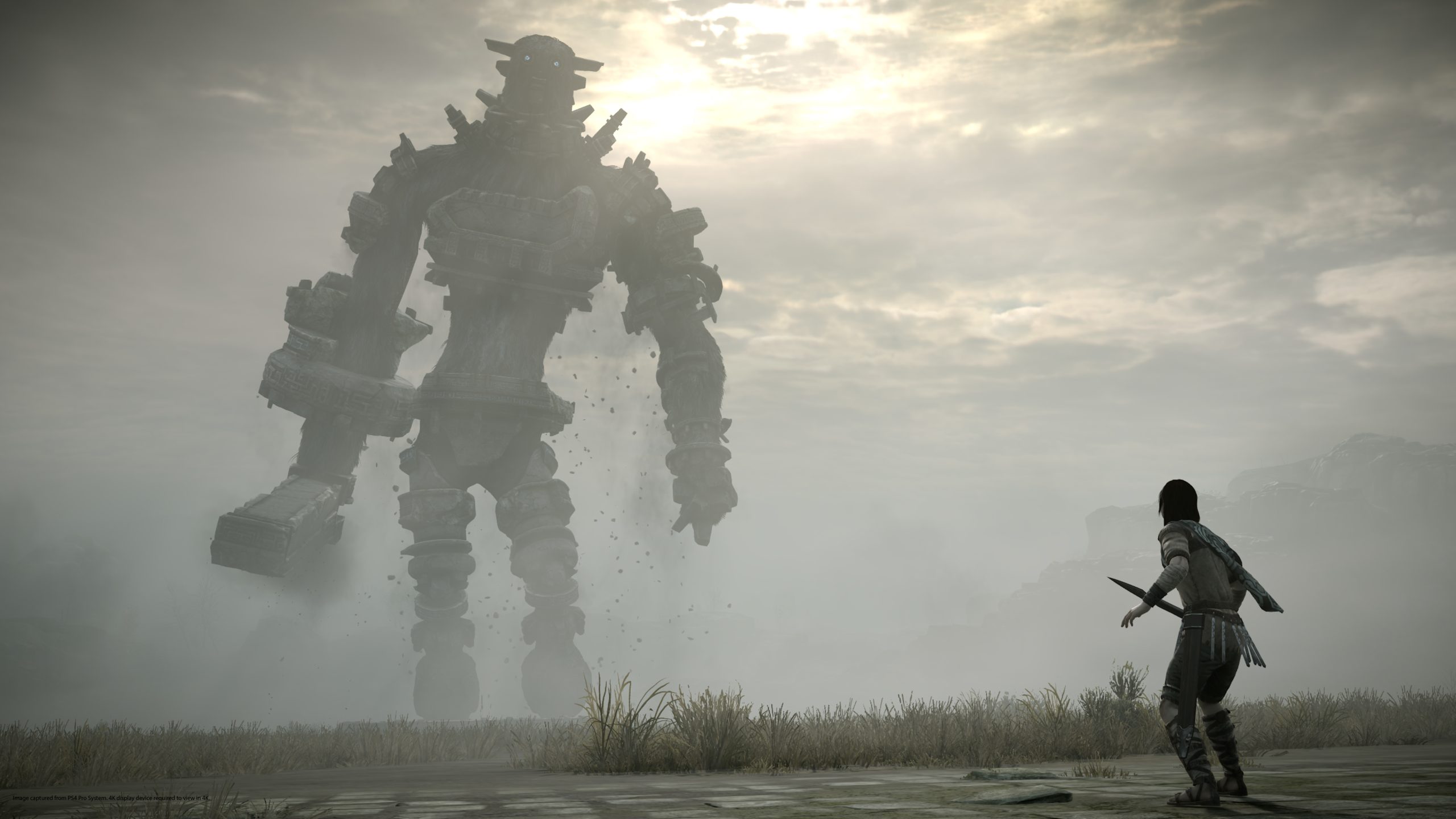 The rumour of a 17th colossus seems untrue then, but is it completely unfounded? Using software to investigate and extract models, animations and textures from the game, a player could clearly see that there are only sixteen within the game, but there are a few textures that have peculiar names. One was titled ‘BossWorm’, while another was called ‘Sirius’, as well as an image depicting a never-before-seen idol, separate from the sixteen already in-game depicting the known colossi.

The rumour of a 17th colossus seems untrue then, but is it completely unfounded? Using software to investigate and extract models, animations and textures from the game, a player could clearly see that there are only sixteen within the game, but there are a few textures that have peculiar names. One was titled ‘BossWorm’, while another was called ‘Sirius’, as well as an image depicting a never-before-seen idol, separate from the sixteen already in-game depicting the known colossi.

A hacker known as Nomad (whose documented works in the game can be found here) has spent extensive time in researching where the other eight may have been placed around the map. He found a few leftover landscapes and structures within the game, unable to be found without hacking the game – one of these included a huge dam. These structures, while appearing off the map in the final version of the game, are visible on the map in early builds, giving some indication of where the excluded colossi might have resided.

In an interview, Ueda stated that the final map was made specifically for the sixteen colossi, and that if they decided to include the remaining eight, the whole map would look remarkably different. Since they had been cut down to sixteen, they wanted to make the final sixteen the best that they could be – quality over quantity. Ueda said that he liked leaving some things up to the player’s imagination when it comes to the unfinished aspects of the game, which perfectly complements the very nature of Shadow of the Colossus’ setting.

From Hellraiser to Christian Goat Shooting 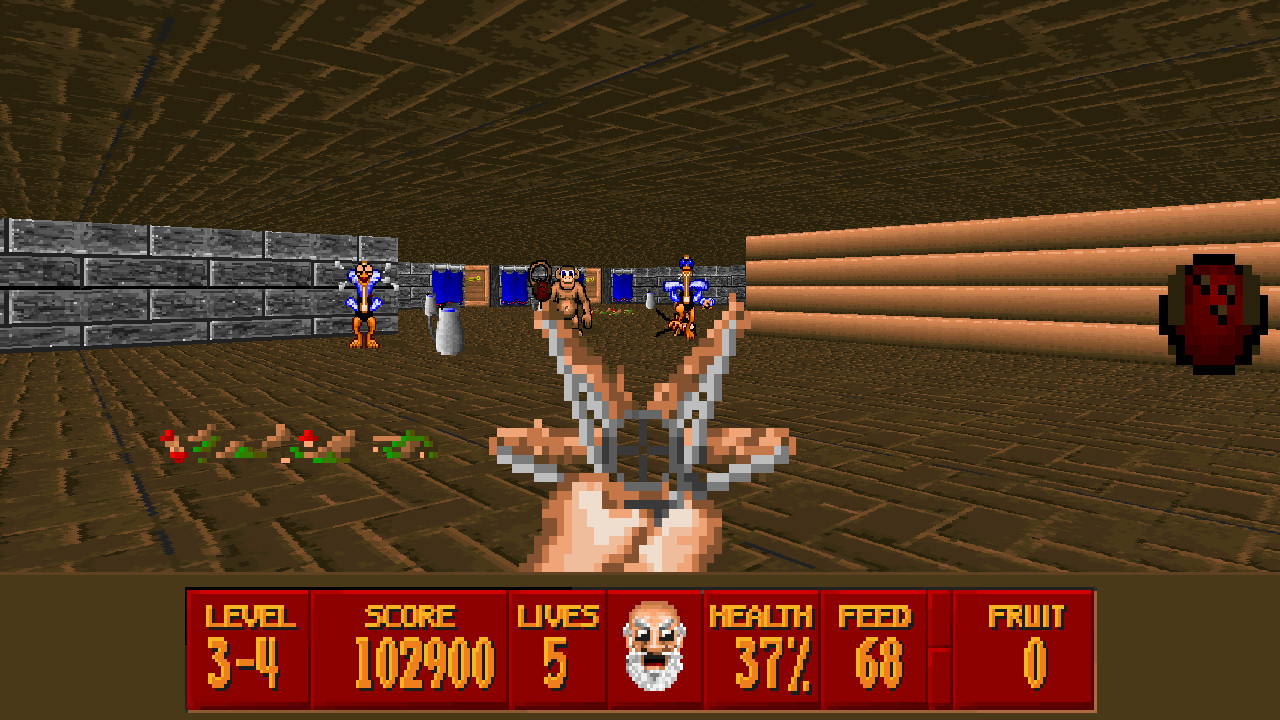 As we draw to a close, quite possibly the most ridiculous story I know of is this one. Super 3D Noah’s Ark is a self-titled ‘Christian’ video game, utilising the game engine for Wolfenstein 3D, and made for the SNES by Wisdom Tree. This is a sentence taken directly from the Wikipedia page: “Instead of killing Nazi soldiers in a castle, the player takes the part of Noah, wandering the Ark, using a slingshot to shoot sleep-inducing food at angry attacking animals, mostly goats, in order to render them unconscious.”

Despite how ridiculous this sounds already, it gets better. The game was originally meant to be based on Hellraiser. You know, the movie about sexual deviancy, torture, body horror, pain and pleasure, demons, and hell? Well, Wisdom Tree acquired the rights to make a Hellraiser game alongside a licence for the game engine, believing that a Wolfenstein setting would be fitting for a game adaptation of the movie. However, they were simply too ambitious and the NES wasn’t suitable due to the lacking colour palette. Moving to a PC build, they made much more progress, that was until Doom released.

As a spiritual successor to Wolfenstein, Doom was a massive success – one that Wisdom Tree couldn’t compete with. They abandoned the Hellraiser idea altogether, leaving the licence to expire and moving development of the game to the SNES. It was there that they redeveloped the game to suit a Christian theme. It became Super 3D Noah’s Ark, joining Wisdom Tree’s collection of Christian rip-offs of other popular games at the time. In fact, the game is still available to buy and play on Steam – should you so wish to.

From the ingenuity of directors and developers to the unsolved mysteries in an expansive world, to the downright laughable journeys a game may take – the world of game development is most certainly an enjoyable one.