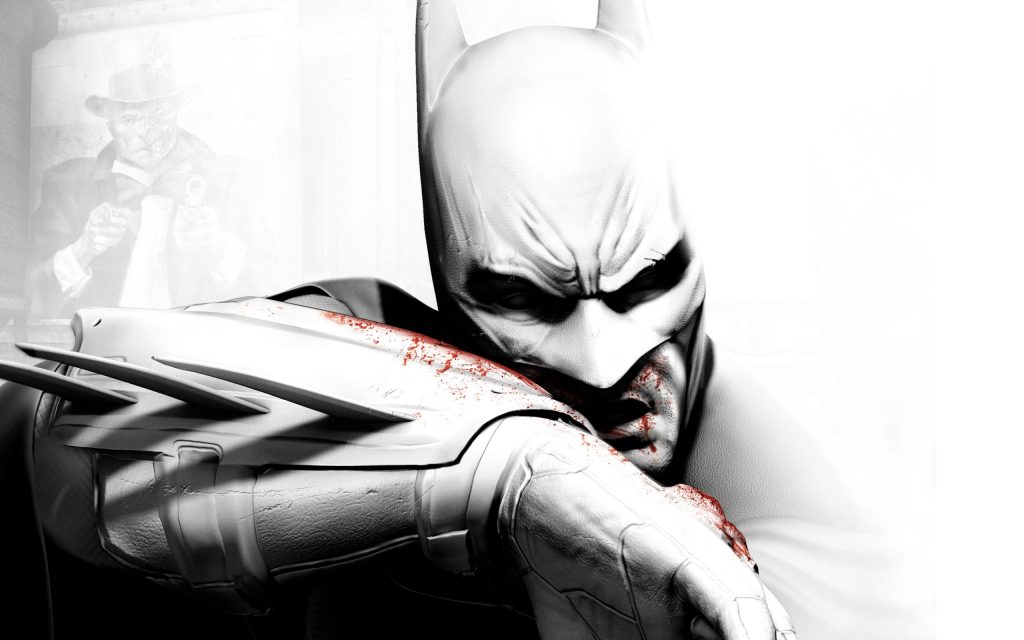 Arkham City is the second game in the main trilogy of Batman games launching in 2011 and is often remembered as the best in the series. The story continues a year after the events of Arkham Asylum, bringing us back under the cowl for the second time. The size and scale of the sequel blows the scope of the Asylum out the water. Arkham City gives the player a vast sandbox to explore, investigate and liberate from the game’s multiple villains and enemies. For anyone who is a fan of Batman or anyone who enjoys a great game, this experience surely has something for everyone.

There will be slight spoilers for the story from this point on but if you have not played it already, what have you been doing?

The narrative takes place in the titular Arkham City, which is a prison city built in Gotham to house criminals varying from the common low-life thugs all the way to famous villains, such as the Joker and Bane. The game starts with Bruce Wayne being thrown into the prison city with the warden of the prison, Hugo Strange, seemingly knowing that Bruce Wayne and the bat are one in the same. It is clear from the get-go that Strange knows a lot more than any other villain he has ever faced before. After a very cinematic introduction as Bruce Wayne, you quickly retrieve and put on the iconic bat suit and get straight into the action.

The story is outstanding from start to finish and even at the game’s perceived low points, it still has my full attention and has me fully immersed in the stunning game world they created. Arkham Asylum and City truly show that you don’t need the best graphics or the best hardware to make great games, but you must be passionate and build something true to the source material or to your initial ideas. You can tell by just exploring the city how much love and effort they put into this game.

Arkham City comes flush with a multitude of improvements of its predecessor, showing the skill and determination to improve from the Rocksteady team. Arkham Asylum was a masterpiece but with all the added improvements it made sure that city would be regarded not just as the best superhero game ever, but just one of the best games ever made in general.

The combat was overhauled for the sequel allowing for more fluid and lifelike animations, new and hard-hitting combos and finishers, and a greatly improved hit detection system and combo mechanics. The new animations look stunning and the new finishers give the combat a heavy, crunchy feel, allowing for more brutal and somehow non-deadly finishers on the many criminals and villains of the city.

Arkham Asylum ,while being a great game, had a few issues with its quite frankly game changing combat system. For starters at times the hit detection was awful, moves that looked like they easily connected at times didn’t register at all ,leaving for more than one annoying encounter. This problem has almost entirely been eradicated in the sequel with it only happening a handful of times through my 15-hour playthrough of the game.

Like the hit detection, the combo system in Asylum didn’t always work and at times just broke for no reason. This was doubly annoying in the combat challenges because the challenges are graded by a point system that depends on the combo system. It makes for a very infuriating time on the harder challenges, meaning that to get the highest medal you must complete a perfect or almost perfect run of that challenge. Rocksteady fixed this in the sequel allowing for a more fluid and forgiving combo system. This helped Arkham City’s Combat feel so satisfying and enjoyable to control and master, giving the game an unparalleled gameplay loop.

The last main but small improvement from Arkham Asylum is the new grapnel gun. Arkham Asylum’s grapple gun while allowing the player to reach unreachable locations in the asylum. Only let Batman grapple up to a certain location , but because of the new locale being an open city the upgraded grapnel gun allows batman to boost himself into the air after using it. This minute but huge addition allows the player to traverse across the city quickly, easily and very stylishly.

While not all the improvements and upgrades to this game make it that bit more enjoyable and immersive, Arkham city truly excels in the gameplay and enjoyment factor, whereas Asylum’s problems and shortcomings may break immersion or make missions harder and unenjoyable. Arkham City is almost perfect in its execution, literally I can’t for the life of me think of one thing I didn’t like or enjoy truly showing the quality of this game.

Being based off of Batman and his rogue’s gallery, this game truly has endless amounts of source material to pull from, and to the developers’ credit they didn’t just take the obvious choices.

Many mainstay villains in Batman’s pantheon of villains appear in the game such as Penguin, Riddler, Mr Freeze, Bane, Poison Ivy and more. But surprisingly there is many cameos by lower grade villains and heroes only hardcore fans will appreciate.

There are frankly hundreds if not thousands of cameos, references or even Easter eggs referring to or about so many characters in DC comics. It’s not possible to list all of them but some of my favourites are:

HUSH can be seen in the city with his trademarked bandaged face, and if interacted with will take off those bandages to reveal his ‘new’ face. This is an amazing Easter egg and can be easily missed truly showing how much you can miss just by completing only the mandatory missions.

Another highlight for me is the multiple appearances of Azrael watching you as you go about your crime fighting business. In the comics he takes over the mantle of Batman while Bruce Wayne recovers from his back being broken. While being a “hero” Azrael in the comics, he kills his foes unlike Batman, even though he was saving people. Bruce couldn’t let him be the batman any longer due to his murderous nature. But in the game, he watches from a far and if approached will have a brief conversation and vanish. He speaks about Batman like he is the saviour of Gotham almost religiously leading to his appearance in the third and final game Arkham Knight. While this cameo and interaction was amazing, I was slyly hoping to fight him, which is what I thought would happen in the final meeting.

Arkham City, like Asylum, has multiple boss fights throughout its campaign. While all of them are spectacles and are amazing set pieces, the actual fights tended to be boring and very easy to beat. The one exception of this is the Scarecrow fights from Asylum. While they were super easy, they were far from boring; hiding from a towering Scarecrow trying to reach the top of the tower.

While they all could have been better, I think the team did an admiral job adding in admittedly gimmicky boss fights. It must have been a real pain to come up with and implement in a game like this. While having the best combat mechanics and gameplay, I feel this suits smaller human sized opponents, but when they use bigger enemies, it tends to slow down and bog down the combat. While I enjoyed every part of the game, I couldn’t help but feel they were undoubtedly the worst part of the game. This shows how great the game is where something not too bad or mediocre is the worst part of the game.

In conclusion, for any fan of Batman or a fan of great games and mechanics, Arkham City truly is one of a kind. It truly dumbfounds me how 11 years on we don’t have a better game to talk about even with its own sequel. It solidified Rocksteady as one of the most capable and successful developers of all time and cemented their legacy with not just Batman games but video games in general. Their combat system and mechanics spawned countless copycats, but none could fully replicate it. This game stands on its own and to not have anything truly comparable now, is a huge feat.