My Top 10 Favourite Anime and Manga 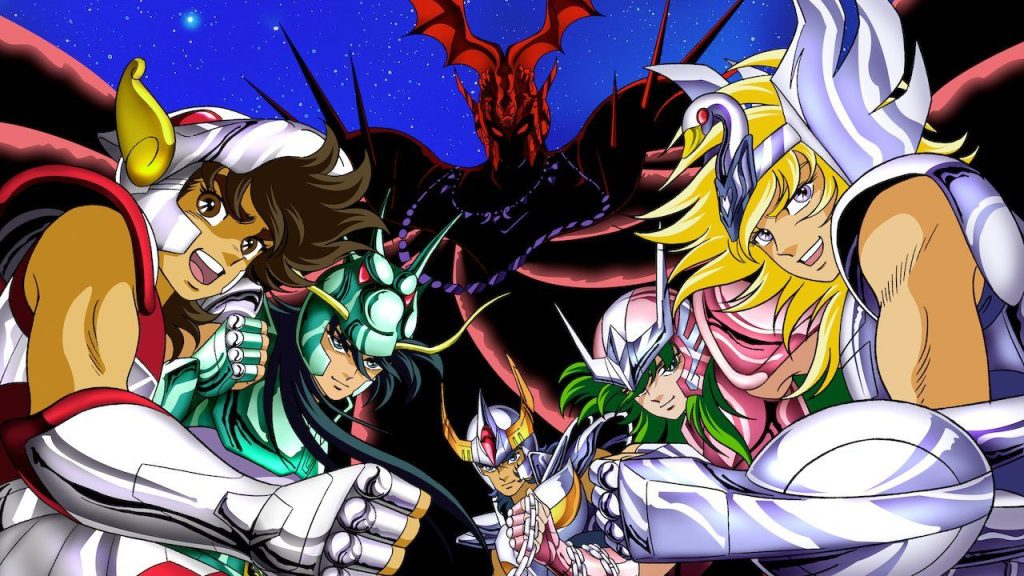 Pretty unoriginal idea, right? Everyone’s done one of these before, so this will probably be just like every other list out there. You would be wrong my friend, as I actually do not like anime. Not typically anyway. I prefer to say that there are anime and manga series that I enjoy, but the genre as a whole is rather ‘meh’. As such, there may be some odd choices.

Also, since this is my list, I will not be adhering to any particular top 10 “rules”; there is a mixture of anime shows, movies and manga in this list. This is also not my claim of what is the best, but what I enjoy most. The only rule is that each entry is created by a Japanese artist or team, otherwise, this would just be yet another article from me explaining why Netflix’s Castlevania is the greatest show ever and nothing else comes close.

I won’t particularly explain the plot of each entry either, both to avoid spoilers and so that we aren’t here all day. 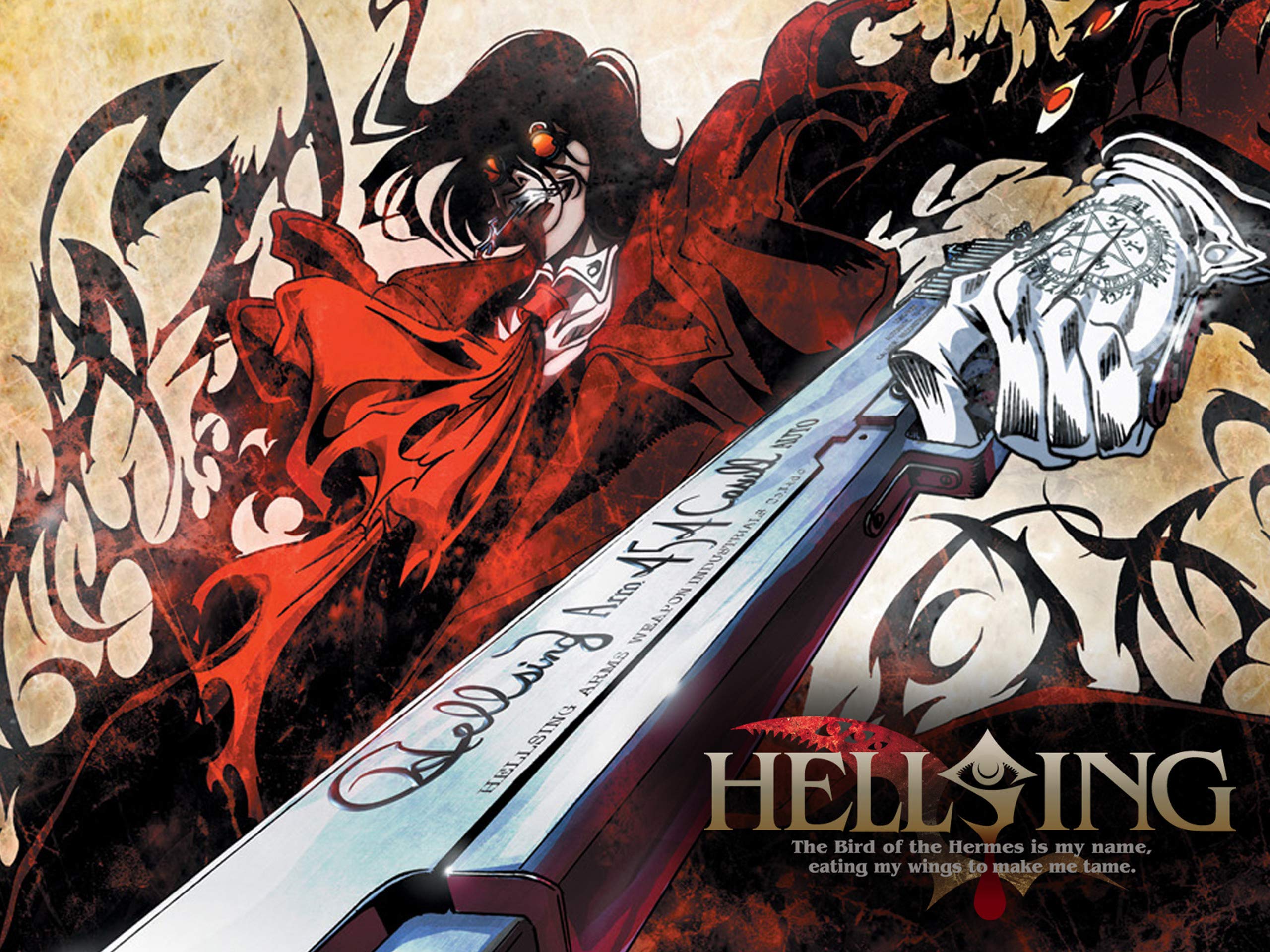 Well, seems familiar already. Hellsing Ultimate is a series of 10 OVAs (original video animation) that closely follows the Hellsing manga by Kouta Hirano. It features vampires, ghouls and superhumans, and includes plenty of blood, gore and violence. Put quite simply, it’s highly entertaining to watch as a darker show and certainly doesn’t pull any punches with its content. Though a little slow to start in the first episode, it really builds momentum as it goes, and the latter episodes are spectacular. I highly recommend it for any fan of gothic horror, even if they don’t typically enjoy anime. 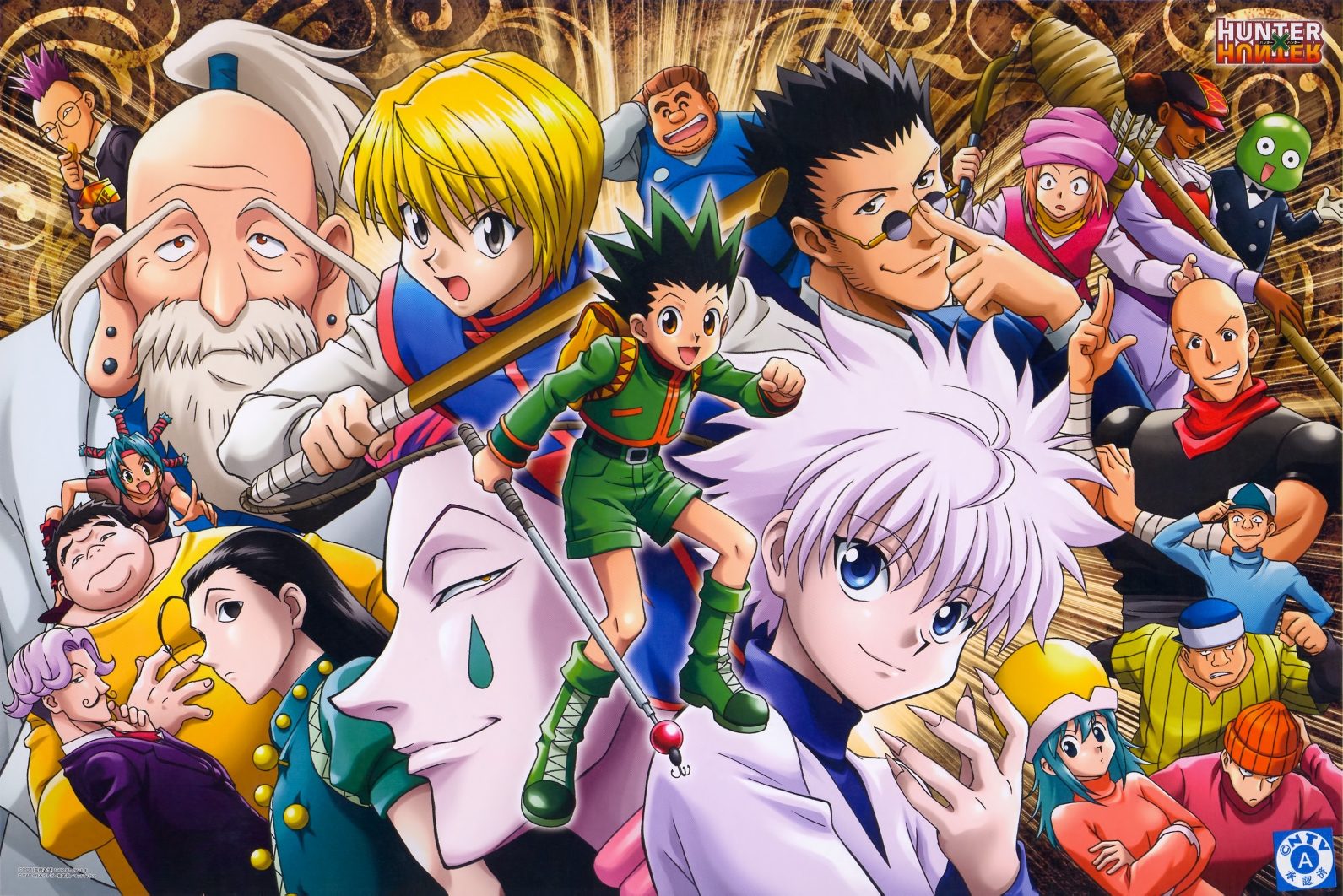 It’s probably no surprise when this show lands on someone’s top 10. The ultra-popular Hunter x Hunter is adapted from the manga of the same name and is the second anime adaptation – differing in some ways from the 1999 version. It deceptively seems like a bright, light-hearted show, and in many ways it is – but it is most certainly for a more mature audience. Particularly in the infamous Chimera Ant story arc, the overall tone intensifies and the actual content goes far and beyond into what I would easily say is one of the best story arcs in any series I’ve watched. Despite some darker tones, I would easily recommend this to any anime fan that has yet to watch it. 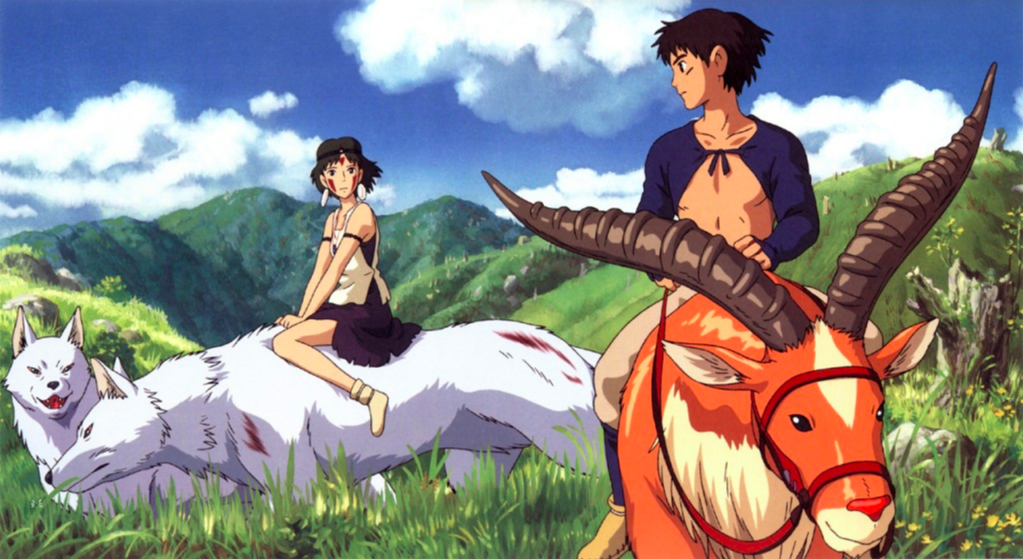 The first movie entry on this list is likely an option more people have at least heard of. One of the more popular Studio Ghibli films, Princess Mononoke follows a prince cursed with a demonic affliction seeking to resolve a conflict between destructive humans and vengeful spirits of nature. As with all Ghibli movies, the artstyle and animation is strikingly beautiful, and the music wonderfully accompanies it. It is, for lack of better words, an absolute classic, and while not my top Ghibli movie, it was incredibly close between this and the next entry. 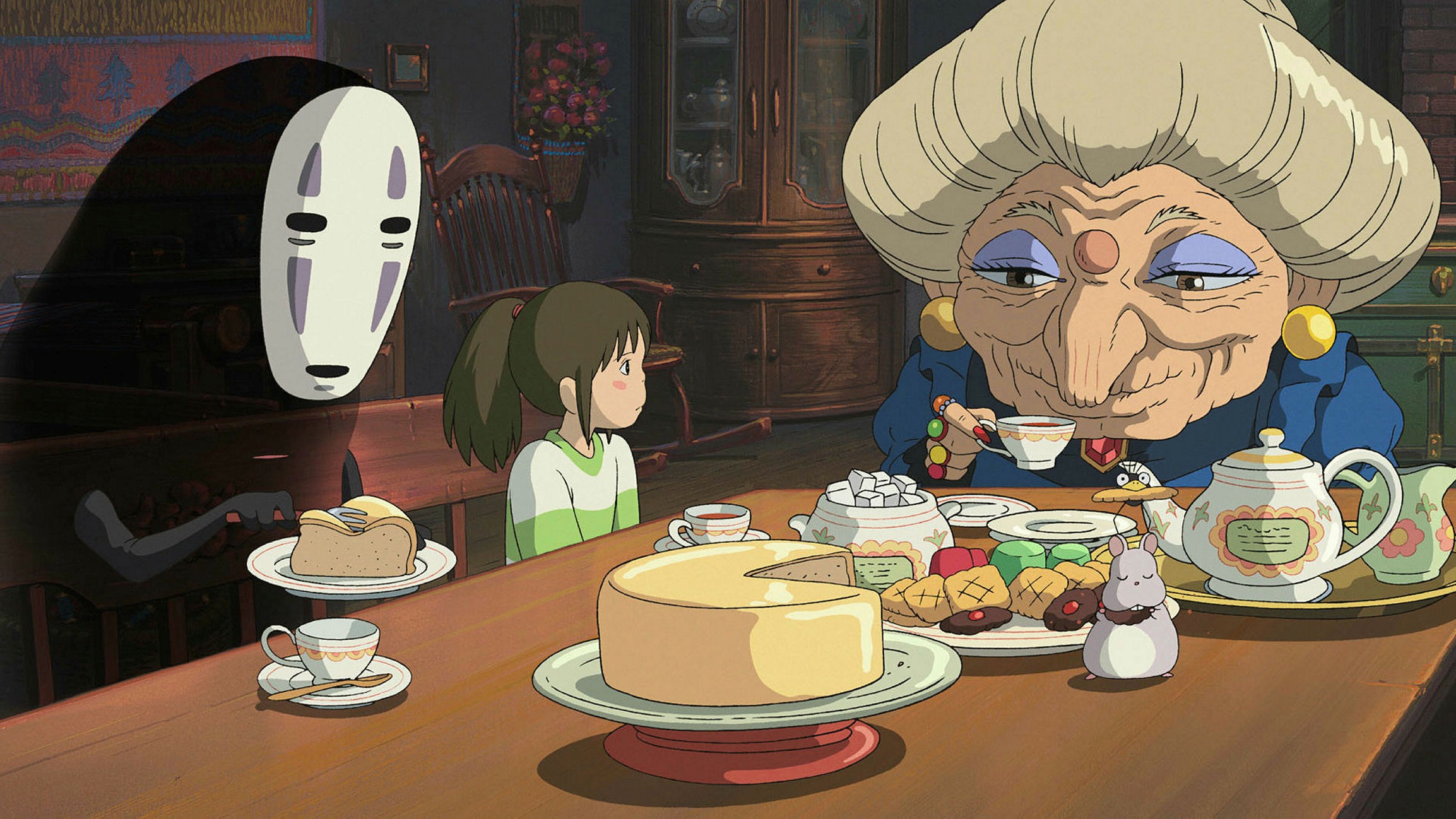 Spirited Away was, interestingly, the first real anime I watched. My sister simply asked me if I knew what anime was, I said not really, and she put this on, and we watched with a strange awe. This movie is weird and wonderful in just about every way. Especially not being familiar with any anime prior, I found it extremely bizarre, yet thoroughly enjoyable. Now, it certainly places itself as my favourite Ghibli movie. I can easily recommend it to absolutely anyone, it’s one of the most charming and interesting movies I have ever seen and will stay with you long after your first viewing. 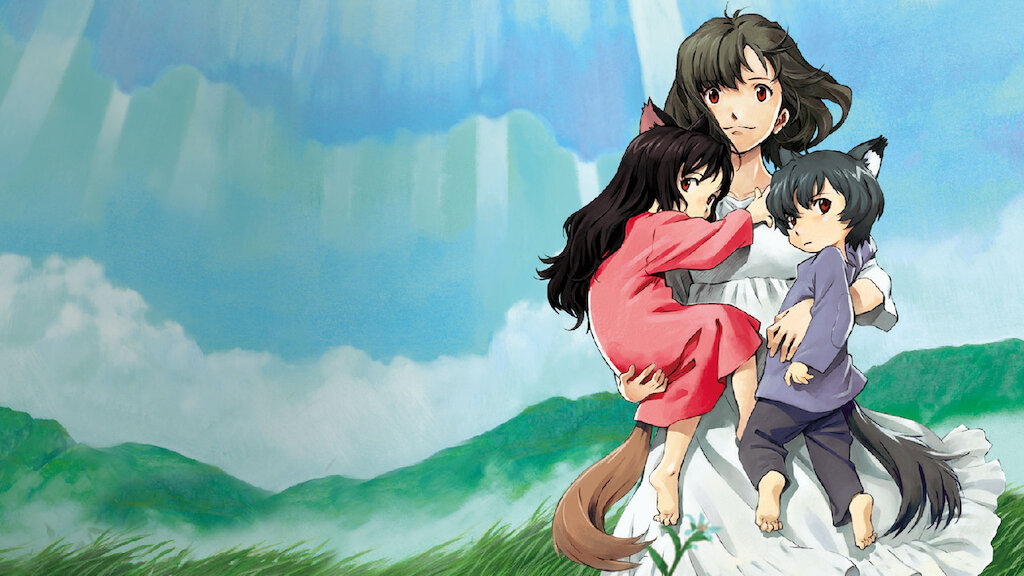 Next on the list we have Wolf Children, and the plot can be summed up from the title alone honestly. A young woman falls in love with a mysterious man with many of the same interests as her, and she discovers he is a werewolf. The movie follows her struggling to raise their daughter and son alone, trying to care for their half-wolf needs and hiding their true nature from the rest of the world. The entire film is beautiful and emotional on another level, and the story is so touching. Seriously, watch it.

5. Your Lie in April 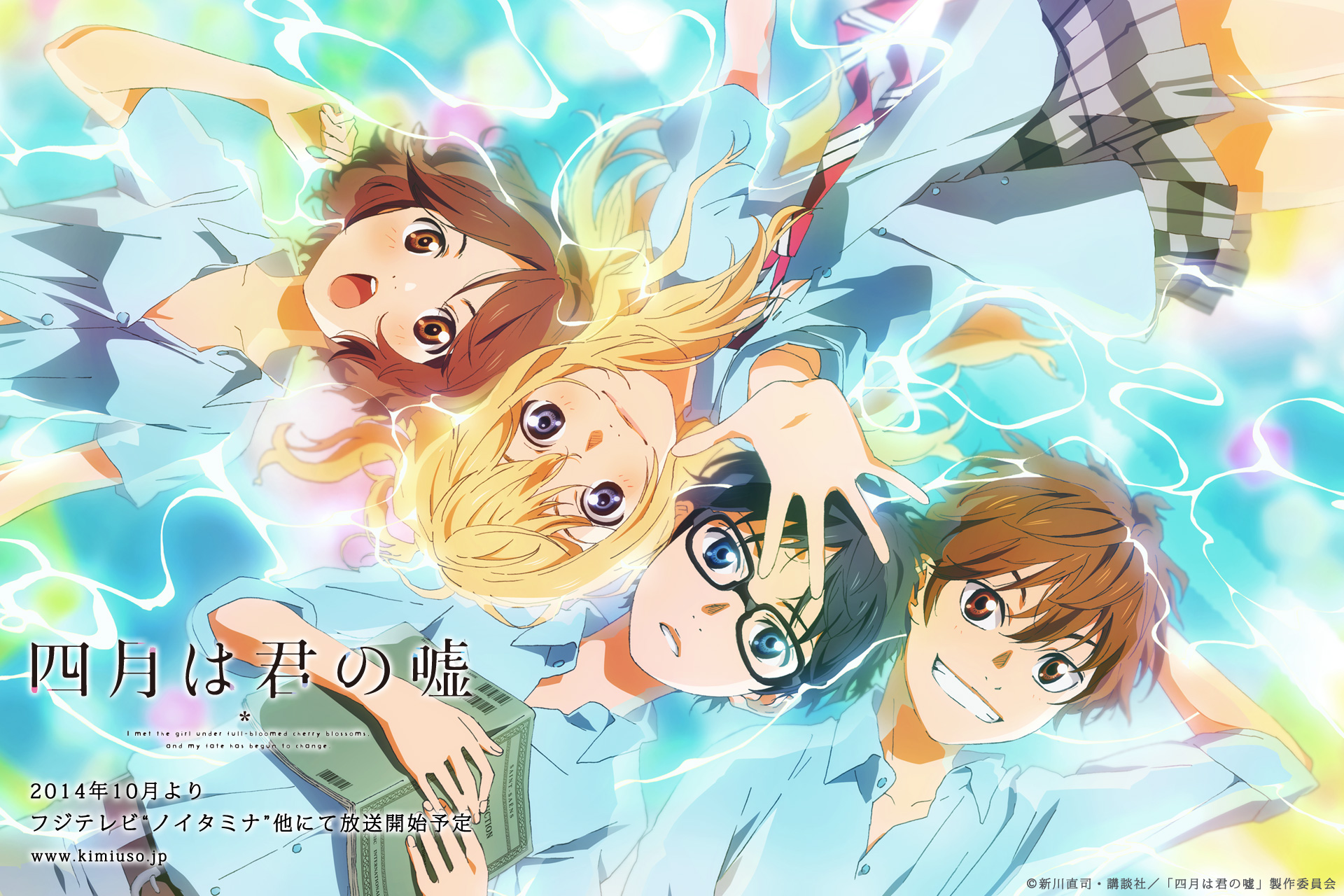 Entering the top 5 of the list, I’m going to start this by saying that Your Lie in April is a masterpiece. It follows a prodigy pianist who finds himself unable to play due to suffering emotional breakdowns while performing until he encounters a violinist who inspires him to continue playing. I really can’t say more on the matter without committing to a 3000-word essay. So, just watch it. You won’t regret it. 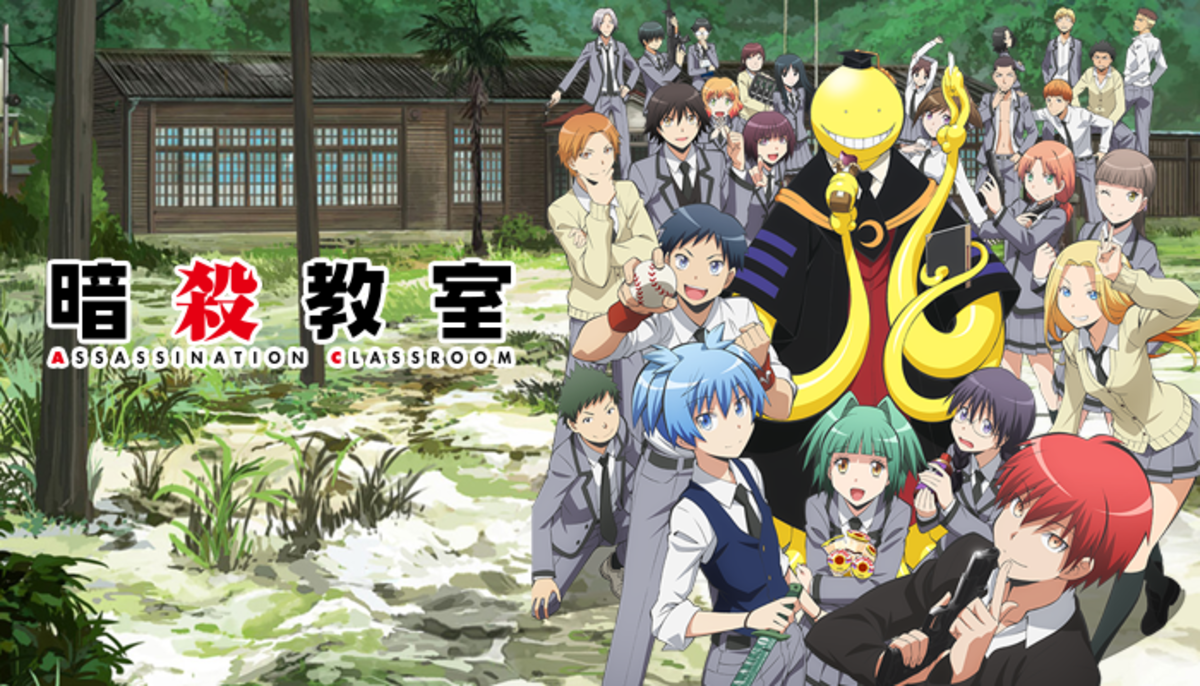 Assassination Classroom is one I’ve probably watched the most. It follows a class of underperforming, delinquent students, who are all segregated from the rest of their school, who have been suddenly given a strange new teacher that they must assassinate within the next year. It’s an extremely odd premise, and the series very much just goes from there. Seeing each student grow and develop their bonds with each other and their octopus-like teacher, ‘Koro-Sensei’ is wonderful, it’s hilarious and heart-warming throughout. Both the anime and manga are incredible, and I would highly recommend experiencing either or both, for any new or veteran fans of anime and manga. 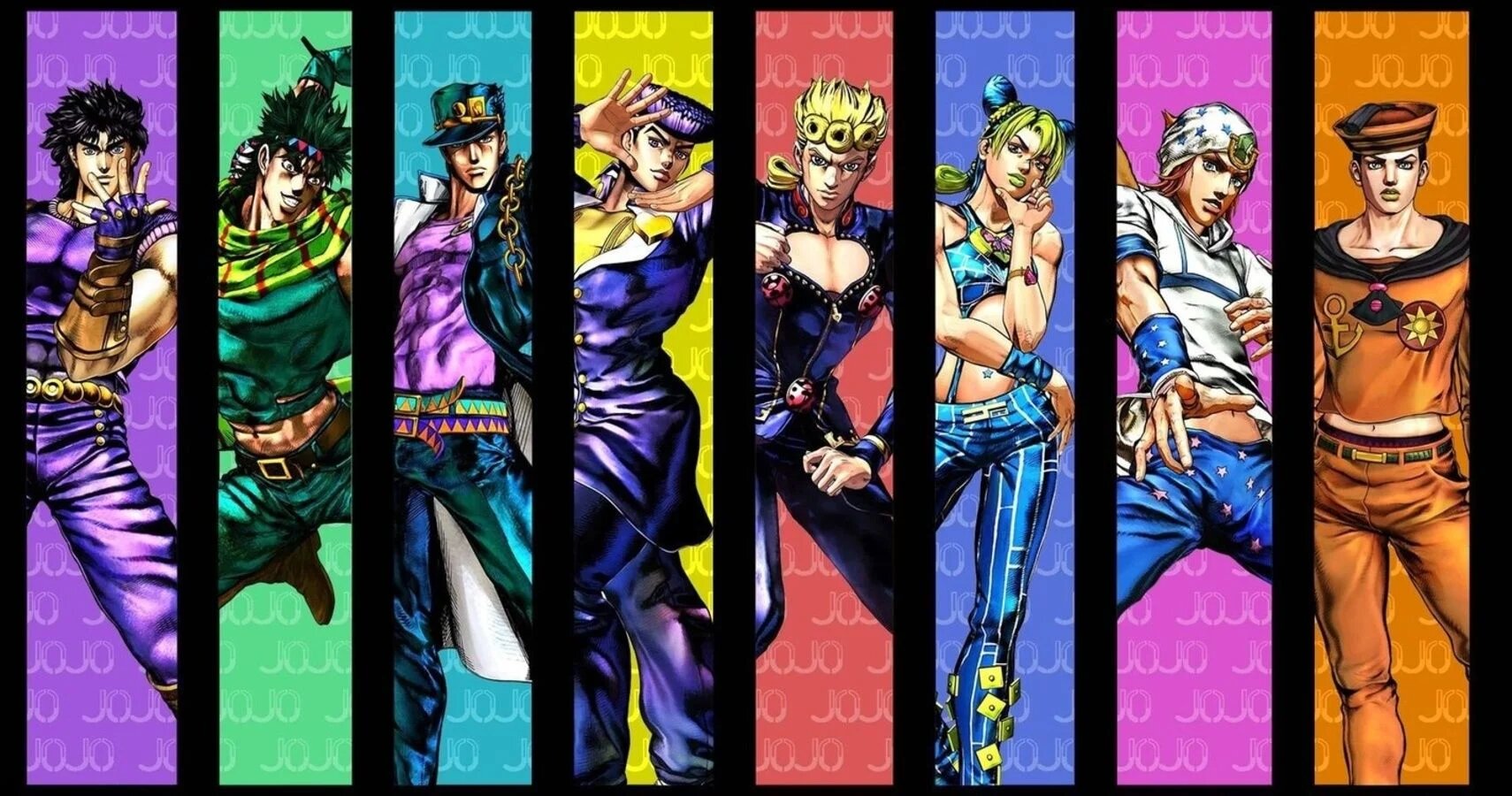 Ah, Jojo’s. I’ve written extensively about each Part before, so I’ll spare any plot summary. Jojo’s is simply outstanding, and there’s a reason it’s so popular. After watching it, not much anime can compare, honestly. There’s such a variety throughout the entire series, and half the hype is the debate between fans on what the best Part is. Both the manga and anime are excellent, but I would probably recommend the anime for first-time viewers.

I’m gonna start this by stating that I have watched the 1997 anime series, the Golden Age movie trilogy, and read up to around Volume 22. The 97 Berserk anime is great, it’s amazing, I thoroughly enjoyed it. The movies are pretty good, not as good in general, mostly due to the very weird CGI used. We’re not even mentioning the 2016 adaptation. The manga, despite me being barely halfway through it, is easily one of the best things I’ve ever read or experienced. It’s actually crazy how much I love it. I would highly recommend watching the old anime series as a taste test, then diving into the manga for the full enjoyment. It’s dark as hell but so, so good.

Tokyo Ghoul is a really good, pretty popular series. It’s kind of joked about as being very edgy, but beneath that it’s actually pretty great. I’d recommend the manga any day over the anime; the anime is pretty but they really messed up the final season.

I didn’t expect to enjoy Yuri that much, but it is a very special series that explores things that not many other anime do. The Theme of King JJ song alone is very meaningful and calming for me, I used to listen to it on repeat to alleviate anxiety. Worth watching for any audience.

What can I say? It’s nostalgic. 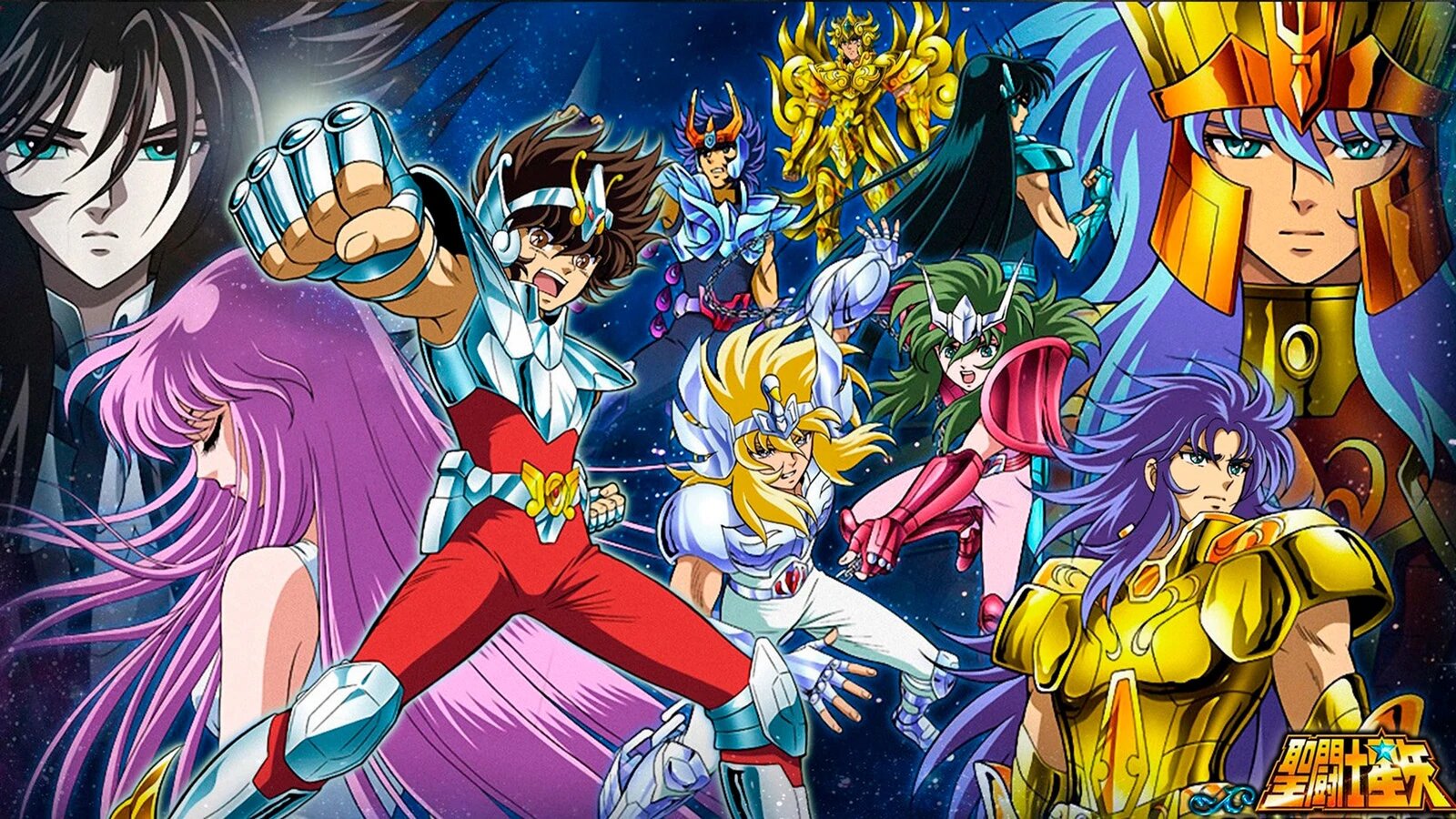 Finally, you’ll understand what the front image is about. Saint Seiya is a series about warriors that protect and serve the Goddess Athena in the modern world (well, the 80s) wearing armour derived from constellations, called Cloths. These ‘saints’ harness a power called cosmo that lets them perform feats impossible to regular humans. The titular character Seiya wears the bronze cloth, Pegasus, and faces enemies such as the manipulated Gold Saints, each being of the 12 Zodiacs (there’s some added fun if you’re into astrology), as well as other Greek gods, such as the reincarnated Poseidon and Hades, both commanding their own armies.

Saint Seiya is a pretty old, dated, cheesy show. Everything is overly dramatic and feels like a prototype to many more modern anime. And that’s because this series influenced many elements of popular anime, and still does, much like Berserk. It has several spin-offs in anime and manga, so many that I hadn’t even watched the series until after viewing two of the spin-offs – The Lost Canvas and Omega. Saint Seiya wasn’t immensely popular outside of Japan, Spain and Mexico surprisingly – although a botched American release that mutilated the charm of the show probably helped kill any English interest.

I can’t say in words how much I love this big, cheesy, wonderful series. I’m rewatching it now, and it’s just as fun and lovable as the first time I watched it as a kid. For fans of Greek mythology, astrology, or just older anime, it’s the best treat. Even if it’s just the nostalgia element, I adore it in every way.

Well, we’ve come to the end of the list, so I’d like to once again recommend all of the entries if they sounded even remotely interesting. They are all wonderful and so worth it.