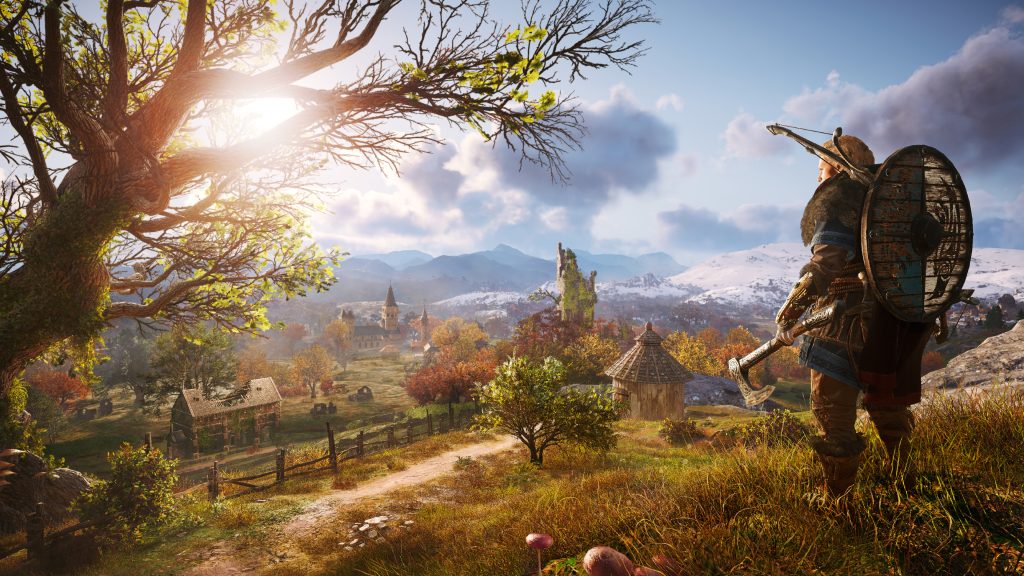 For a long time, games have attempted in several ways to capture the magic of an open world. Whilst originally quite rare in the early days of video games, the past two decades of gaming have seen an abundance of open-world games hit the market, especially from the early 2010s onwards. We don’t need to sit here and start naming all the biggest hits – I’m sure a few come to mind right away anyway – but rather I’d like to talk about the properties of said open-world games.

In particular, the sheer size of modern games compared to, say, 10, 15 years ago? Take a look at any random Ubisoft game they’ve pumped out recently, with a bloated map full of unnecessary collectibles and countless side missions or activities. All the while hand-holding the player through every action with innumerable pop-up tutorials, markers, and just overall annoying UI. It feels far too big and yet you’re being told what to do the whole time – it may as well be a linear experience.

If we compare Assassin’s Creed Odyssey to Marvel’s Spider-Man, both coming out in late 2018, we see what I believe to be open-world done wrong and done right. Odyssey is certainly a beautiful game, the setting is wonderful – I personally love Ancient/Classical Greece – and the RPG elements are remarkably improved over the predecessor, Origins. But it does feel… too huge. It does a good job of capturing the scale of the real world, but it doesn’t translate well into a game. I can’t be the only one who sees far too much to do in a game and just feel stressed looking at it all, right? Its sequel, Valhalla, was even bigger. It’s a bit ridiculous.

But then, with Spider-Man, while the map is decently sized, it doesn’t feel nearly as shallow. It could be in part due to how damn good movement is in that game, where swinging from building–to–building feels amazingly satisfying. You don’t have an issue getting from one side of New York to the other because the map’s size is manageable, and chances are you’ll find something to entertain you along the way.  Whereas in Odyssey, or any Assassin’s Creed really, you’re constantly inundated with pointless collectibles to fill out the otherwise empty map. It wasn’t always this way though; call me a traditionalist but the Ezio Trilogy had pretty sizeable maps for the time and quite a few collectibles, but it never felt like too much.

I recently went on a little marathon of the AC games – from 2 all the way to Syndicate, intending to play the three most recent games as well. I had a noble goal of ‘100%ing’ each game because I thought it’d be easy. My friend called me a madman. He was mostly correct, because I came out the other end completely exhausted and basically never wanting to touch an open-world game again. They were all fun for their own time, save for Assassin’s Creed III, a game I detest more than any other. I got to Origins, which I skipped out of boredom from having played it before, then I barely put more than 8 hours into Odyssey before I needed to play something else.

It’s been a long time since a game has really felt like a lot of good fun, rather than an attempt at ‘an experience’. They just feel like a single, arduous thing that I spend time on before I move onto the next thing. Nothing really feels like it has substance anymore. They try too hard to be artistic and meaningful, sometimes feeling like they’re catering to the type of IGN critic that over-analyses every aspect of the game while ignoring the actual gameplay. It’s what leads to these generic open-world games, where they’re so focused on the story that the world and gameplay is shallow and depressingly empty as a result. A great story can really make a game, but you’re unlikely to pull me back to play it again if that’s the case.

I miss smaller games, linear and short. I don’t want to be spending 60 hours just to finish a game that I’m too tired to enjoy by the end. I’d much rather come back to a 10–hour game 6 times, whenever I wanna revisit it. You know what my favourite games were as a kid? Spyro. Lego Star Wars. Games that had a lot to do and collect, but with fun, engaging gameplay that actually encourages you to replay and explore what you missed. Is that so bad? I miss games. Elden Ring was a miracle, a wonderful blend of a massive open–world with more than enough to do, without feeling like a chore. Some aspects are certainly unpolished, but it feels like a world that was crafted alongside the gameplay. Where both elements were intertwined and polished.

For a long time over the pandemic, I was obsessed with roguelites. Hades, Risk of Rain 2, Gunfire Reborn, Skul: The Hero Slayer, Dead Cells. They felt like a return to the games I loved as a kid: short and thrilling, yet replayable. Like I could come back to them at any point and love it just as much as the last time I played. Open-world games could be just as fun as these, but they’re exceedingly rare. There’s also a severe lack of open-world co-op games, such as Elden Ring and Lego Star Wars: The Skywalker Saga this year. More of that, please. If you’re gonna give me a massive world to explore, at least let me do it with someone else to make the empty gaps of your game more bearable.

In general, I want to see less ambitious games. When I hear your game is however many hundred hours long, that’s not attractive at all. I don’t need masterpieces either, I don’t want to play something that would’ve been better as a movie – it’s a game for a reason. Something moderately to severely fun, is all I’d really like.