r/LivestreamFails: A Love to Hate Phenomenon

r/LivestreamFails (LSF) is simultaneously one of the most used and most hated things in the Twitch community. It is a subreddit that posts popular streaming clips, mainly from Twitch, with a very active userbase that comments on and discusses the daily happenings on the platform. A lot of this is often just general funny moments or fails that have been caught on stream and are entertaining to watch. However, a lot of the posts that end up on there are more directed towards drama between streamers or are analysis of something that a streamer has said or done.

In a lot of ways Twitch can be quite similar to reality tv. The style of content is a lot more transparent and obviously less edited, but in a lot of ways the culture that comes with reality tv of keeping up with the daily lives of your favourite celebrities, is mirrored a lot these days throughout Twitch. For a lot of channels, streaming involves having a camera on at all times, and this can often result in drama between content creators being caught live and then posted to places like LSF.

Now, there’s nothing inherently wrong with a bit of drama. Let’s not lie, it can be entertaining. Watching things like Ninja’s wife arguing with Pokimane on Twitter? It’s just good content. But an issue arises when you have the slightly more parasocial viewers, posting clips and psycho-analysing every single thing a streamer says or does.

Posts like this of the streamer couple Nmplol are classic examples. It got thousands of comments, delving into how them simply banning a viewer that said something out of line, makes them “b*tches” with “huge egos”:

Personally, I will never understand the mindset of people who comment so passionately on a subreddit over streamers doing such miniscule things, but they are unfortunately very present in the culture, and it has resulted in LSF carrying a justifiably strong association with toxicity. Much like world-wide celebrities, streamers don’t want every single aspect of their relationships and interpersonal lives being hyper analysed because it results in posts like this, and unlike with normal celebrities, the influencer sphere has a much more direct form of feedback. Thankfully, there are some people on the subreddit who call this kind of stuff out:

In this regard I have faith that the majority of people that use the page, don’t even comment and are just looking to see what funny clips happened that day on Twitch. But unfortunately, the vocal minority are often the ones that have the most impact, which has resulted in a lot of large streamers requesting that they have any of their clips/content be removed from the subreddit entirely.

HasanAbi, Maya Higa and QT Cinderella have all had themselves purposefully banned from the site, after realising that the growth in popularity that it brings to their streams just isn’t worth the toxicity and drama that comes along with it. There is also a very large issue with sexualisation on the site, with at least one of the most upvoted clips of the day consistently being a clip of someone from the ‘Pools, Hot Tubs, and Beaches’ category being sexualised.

So ultimately, why is this random subreddit a hub for such a large amount of the viewers on Twitch? Well Twitch as a site has failed on the clip front. Even just finding your way to VODs or clips using their interface is convoluted and slow, and without a central page to find them there is almost no way for viewers to naturally discover popular content from streams on the website. On YouTube there are constant forms of discoverability for seeing trending content of the day, but this is almost non-existent on Twitch.

There is a very dedicated viewer base on Twitch that likes to keep up with the lives of their favourite streamers, and then there are also people who just want to watch some clips that make them laugh, and none of these viewers are being capitalised on.

Because of this gap from Twitch, LivestreamFails has grown exponentially over the years and has become a haven for a lot of the Twitch community. It is filling the void of being a central place that people can go to view the goings on with popular streamers and any funny moments from that day’s streams. It’s more popular than the Twitch subreddit itself, with it currently having 200,000 more members and it is common place for the sites most popular streamers to react to it every day.

It has sort of moulded the meta in popularising certain streamers that would otherwise have not had such a large level of exposure. This includes streamers like Maya, who has credited LSF as one of the reasons that her stream gained popularity. It is of course not the only reason that her channel grew so quickly and now that she no longer needs any potential growth that it might provide, it is clearly a much better thing for her mental health to be banned from it.

With all of this I think the main thing that’s clear is that streamers need a better centralised hub for growing their channels. In my opinion, all it takes on Twitch’s end is a page on the site itself, that culminates the most viewed and popular clips of the day, with a structured comments section and good moderation. This might be difficult to implement on the site’s backend, but at the end of the day they are the most popular streaming site in the world so I would like to believe that they have the capacity, and it’s something that other streaming based platforms have had since day one.

Ultimately if they don’t work in tune with the clearly popular culture of the site, then they’ll be missing out on a golden opportunity to keep more traffic contained within the site itself and will lose out on a huge amount of traffic to external sources like LSF. The issues with LSF are things that I don’t see going away anytime soon, a worry that their new ruleset seems to reinforce. So, for the sake of streamers mental health, and the sites continued growth, I really hope that Twitch creates their own clip hub for creators and viewers alike to enjoy. 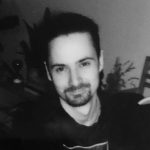