What was The Binding of Isaac About, Anyway? 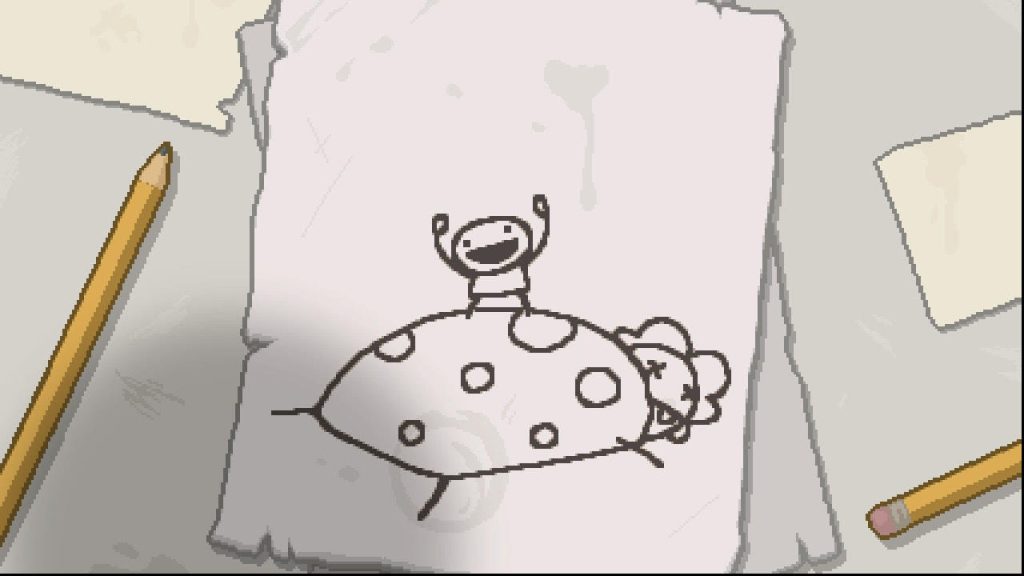 The Binding of Isaac is a story from the Hebrew Bible, in which God commands Abraham to sacrifice his son Isaac on a mountaintop. Abraham submits, travelling with Isaac to Moriah, where he binds the boy with rope and prepares for the ritual. A messenger of God appears and says that Abraham has passed the test – Abraham has learned to fear and submit to God, and he and Isaac are blessed for following the Lord. It is an important text in Judaism, Christianity, and Islam and debate within those Abrahamic religions around the meaning and resonance of the story continues.

Edmund McMillen makes video games for a living. His work on Super Meat Boy (2010) earned him a certain status in indie gaming, and a year later he solidified his fame with The Binding of Isaac. Its fast-paced roguelike gameplay, cartoon gore, and toilet humour made it a smash hit at the start of the last decade, and it was a staple of Let’s Play culture at the time. It was nominated at the 2011 Spike Video Game Awards for Best Independent Game, and lost to Minecraft. You play as Isaac, a boy fighting through the monster-filled basement under his house. He fights foul creatures and gigantic insects. Around every corner there’s blood, guts, and poop – seriously, there’s so much poop. The game has a brutal rhythm of play. Both Isaac and the enemies he fights are glass cannons; it only takes a few hits to kill an enemy, but it takes even less hits to kill the player. Once you die, the game wipes itself clean and you’re back at square one. In equal parts, The Binding of Isaac is frustrating and exhilarating. Once you start getting to grips with the game, there’s nothing else quite like it.

How do these two elements relate, though? Aside from it just being a cool title, what does the Binding of Isaac have to do with The Binding of Isaac? McMillen grew up in a devoutly Christian household in the 1980s, and he’s no stranger to the Satanic panic of the era. In a 2012 article for Game Developer, Edmund says “I was many times told I was going to hell for playing Dungeons & Dragons” and that, particularly his father’s side of the family, “generally condemned [him] for [his] sins”. McMillen’s troubled relationship with his religious family is clear in the game’s presentation and aesthetics – in 2012, he told Eurogamer that his “really weird stuff” is a pushback against his ‘alcoholic-turned-born-again-Christian’ family. As a teenager, he would draw comics to instigate proselytising reactions, involving imagery such as faeces and dead babies. The throughline from this to the game is clear.

I think that The Binding of Isaac goes much deeper, however. Between the story frame that allows the gameplay, the small nuggets of background and development that are intermittently offered, and the general brutal nature of the game, there sits a compelling portrait of Isaac as one of the best video game characters out there. Isaac’s mother, for instance, is a bad parent. A devout Christian, she hears a voice which she believes is God, who tells her that Isaac must be saved from sin. She steals his toys, his art supplies, and even his clothes. She locks him in his room to protect him from evil. The voice ultimately tells her that Isaac must be sacrificed, and she bursts into his room with a knife just as he escapes into the basement, where the game takes place. The reference to the story of Abraham and Isaac makes sense now, but McMillen’s removal of any deity – other than how Isaac views his mother as an all-powerful and vindictive figure in the form is a disembodied high heel – removes any vindication or salvation. The Biblical story doesn’t give much thought to how Isaac feels about his potential sacrifice.

Between levels, as the game generates itself, there plays a short clip of Isaac crying on the floor. His thoughts, or perhaps his dreams, are shown to the player. They play with imagery of dismissal and humiliation. In one of them, Isaac’s mother gifts him a dress, and his peers laugh at him as he wears it. In another, Isaac speaks to a girl and his penis falls off. The game evokes such a sense of personal and interpersonal rejection – in that Game Developer article, McMillen notes that “I wanted [The Binding of Isaac] to show the positive and negative effects [religion] had on me as a child – the self-hate and isolation it instilled in me, but also the dark creativity it inspired”. Even the character selection screen (there are other unlockable player characters) asks “Who am I?”. It’s certainly one of the most suggestive character selection processes I’ve ever gone through.

That “dark creativity” also circles back around to the poop. Here’s Isaac, a naked kid running around a basement filled with blood and faeces. It might be intentionally edgy, still trying to get a rise out of conservative Christians, but that level of taboo-breaking makes The Binding of Isaac quite stark. Your primary weapon is Isaac’s tears. There are power-ups and tarot cards that Isaac can use to make himself more powerful in his fight towards, and then against, his mother. One of those power-ups is ‘Mom’s Handbag’, and it simply gives the player a selection of brightly-coloured pills to choose from for a temporary status effect. Another power-up, Daddy Longlegs, stomps on enemies for a massively-overpowered 20 damage points. In my experience, it completely alters the difficulty of the game, and the power the player derives from Isaac having a father figure (it’s called Daddy Longlegs for a reason) as a protector can’t be understated.

The Binding of Isaac is hard – even harder is the 2014 rerelease subtitled Rebirth – and that difficulty makes all of this more compelling. By the time that Isaac reaches the final boss, Mom, he must be so utterly deformed by these power-ups in order to stand a chance. Maybe he’s crying blood, or covered in tumours which increase his maximum health. Or he’s orbited by Demon Baby, a small gargoyle which increases the player’s DPS – but it doesn’t seem like a good idea to be hanging around with a demon, does it? In all likelihoods, Isaac will need all of these status effects and more in order to fight Mom effectively. “I’m not scared of monsters anymore, and there’s a part of me that really hates that,” McMillen told Eurogamer. But it seems to me that the monsters were only ever part of the horror.