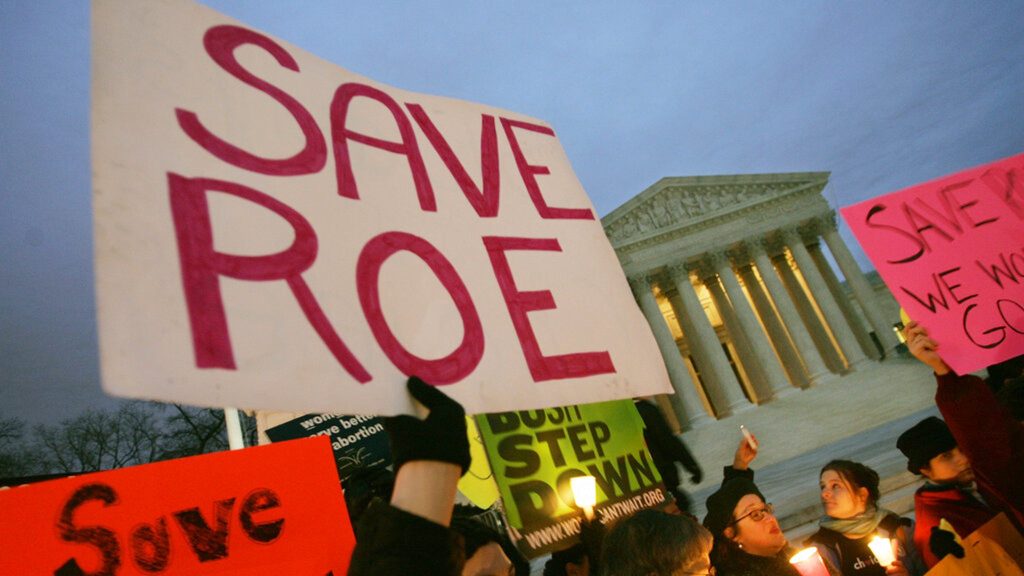 This article discusses topics such as sexual assault and termination of pregnancies. Some readers may find it difficult to read, proceed with caution. If anything in this article affects you, please make use of the support lines provided or reach out to a professional.

Abortions. A battle between pro-life or pro-choice. A battle for freedom and control over your own body. A battle to make life-changing decisions that will determine your future.

As a woman I must say that I am pro-choice, I always have been and I always will be. When it comes to abortions, I believe it is absurd that people without a uterus are making the laws.

I have personally come across some men who do not wish to use protection but are against abortions. It appears some politicians also seem to have a similar stance. Blake Masters, who is part of the Republican Party, has been focusing on the case that gave the right to access birth control. Attempting to ban forms of contraception whilst ensuring abortions are illegal. I personally feel this is contradictory, if you wish to eradicate abortions then access to birth control should be the focus. Either way I am pro-choice and believe it is a human right everyone should be entitled to. You can only ban safe abortions but not ban them full stop.

Abortions are a life-changing decision, and I truly believe it should be down to the individual to make that choice. I feel privileged to be able to live in a country (England) where abortions are legal. My heart honestly breaks for those who do not get the same freedom to make that choice should they need to.

An abortion is a procedure to end a pregnancy. It’s also sometimes known as a termination of pregnancy. The pregnancy is ended either by taking medicines or having a surgical procedure.

Definition taken from the NHS

Abortions have been taking place for hundreds of years, through methods that often put the woman in great danger. Many who underwent the procedure often died or became severely ill from it. One of the methods used, to abort a baby, was by using a metal coat hanger.

Fact: Unsafe and illegal abortions were often referred to as ‘backstreet’ abortions. This is due to the way they were carried out, often in unsanitary environments and by friends or family members with little or no medical background.

Back in 1970 abortions were legal in very few states, one of those being New York. However, illegal and dangerous abortions were continuing to take place across the country. Pro-choice supporters were fighting for it to be legalised, acknowledging a need for change. Fast-forward 3 years and a major change in history is about to take place.

In 1973 the Supreme Court made a major decision to enforce Roe v Wade. This meant a woman’s right to have an abortion was nationally protected across the USA. For many this provided a right to privacy when it came to their bodies and terminating pregnancies. It massively eradicated the risk associated with abortions and would begin to make them more accessible. The legalisation of abortions would give women a huge sense of freedom to make choices when it came to their future (in regards to motherhood).

It is now just under 50 years later and this ground-breaking step is under threat of being overturned.

What would happen if Roe v Wade were overturned?

This would be a huge step backwards for human rights. I say human rights as abortions also affect those in the transgender community, not just women. Abortions are not limited to just women, and therefore it is a step back in time for all those who may be affected.

The Rise of Unsafe Abortions

‘Abortion is a safe medical procedure when it is performed by a doctor in a clean and well-equipped clinic.’ However, when not carried out correctly the risks can be potentially fatal.

In many cases, those who cannot attain an abortion, end up keeping the child and raising it. If people are not able to terminate their pregnancy, this may result in an influx of children in the care system or children who are neglected.

A nationwide Turnaway Study at the University of California, San Francisco explored the effects of denying women abortions. They found that it caused lasting economic hardships such as an increase in household poverty.

Other results from the study showed:

Abortion is not a choice that just affects the person for the duration of the pregnancy, but could also have negative impacts way into the future.

This section discusses sexual assault and trauma. If you have been affected by anything you read today, please reach out to a professional.

The Trauma of Sexual Assault

When it comes to abortions there are several reasons why someone may choose to go through with the procedure. One of these reasons may be due to sexual assault, resulting in an unwanted and potentially traumatic pregnancy.

If abortions are made illegal, this will force victims to deal with the consequences of their abusers, resulting in the victim being forced to go through with the pregnancy or be put at risk by seeking out an abortion.

Many victims of sexual assault often are not of an age where having a child would be viable. I think about the young girls who have had to experience such horrors. No child should be made to carry a child for 9 months.

I think about those in abusive relationships and having to carry potential reminders of their trauma.

If Roe v Wade is overturned, then many people will suffer both mentally and physically. Backstreet abortions, cloak hangers and such. Don’t you think it’s a bit much?

Whatever the reason, abortions should remain legal in my eyes and should be a human right that individuals are entitled to. It is a topic that is important to me and I hope people’s voices and choices will be heard.

You can’t ban abortions, only safe abortions. Are you pro-choice or pro-life?