Devising Scares: A Guide to Horror 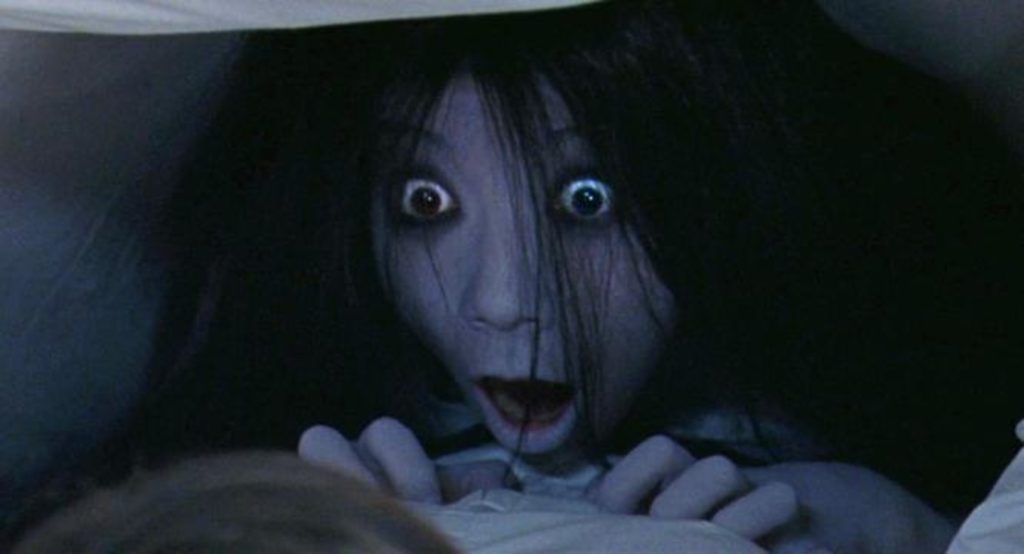 Horror is one of the most popular forms of art out there. From books to video games, TV series to films, non-fiction to sci-fi – horror transcends being defined within one, single genre. Whichever your favourite form of horror, there are ways to make it efficiently, and ways to make it, well, not. As an avid follower of all things horror, as well as a practising amateur writer of it myself, I thought I’d give my unprompted advice on the topic. You’re so welcome.

Well, first and foremost, how are you creating your horror? Chances are, you need to write it first. Think of your inspirations and what you actively enjoy most. Perhaps it’s authors such as Stephen King or Lovecraft, Clive Barker or Shirley Jackson. Perhaps it’s a director, like Romero, Carpenter or Cronenberg. Every creator has their own style, but no one is exceptionally unique. Ask any creative mind and they’ll tell you each and every person before them that has influenced their work, and where traces of older works can be found in their own.

Personally, and perhaps most strangely, I find it difficult to narrow myself down to a style, or that I’m influenced by anyone in particular – you subconsciously pick up ideas from everything you see, making it hard to trace them back to someone especially. It’s difficult to define these things in words, and I think by containing yourself within the parameters and specifications of a single genre, you jeopardise your opportunity to grow as you write. A key component of horror is subverting the audience’s expectations, which draws upon what Lovecraft called the ‘strongest fear’: the fear of the unknown. Of course, you can stay purely within a single, general idea, but don’t be afraid to experiment and find what you want to write at that moment. You’ll never be perfectly content with your first draft.

If you’re not intending to make a trashy, low-budget horror flick with an incomprehensible plot, you’re going to need to put down some serious ideas. When you think of the greatest horrors, it’s clear what plays with something real and possible and what doesn’t. A good example is The Babadook (2014), where the titular creature haunting the mother and child has been widely interpreted as an analogy for grief at the loss of the father, and the harm it causes when it’s repressed.

A lot of horror comes down to human emotion, and actions that become twisted to a horrifying extent. Finding a middle ground – between allowing the audience to know what the creature or antagonist is, yet keeping some mystery – is difficult. There’s no real guidance as to where you draw the line; a lot of popular horror is forthright in what the adversary is – think Alien or Jaws. Other stories have the horror slowly unveiled as you progress, perhaps not even being apparent at all until a dramatic revelation – think Oldboy. Whatever you decide, there are several things to consider.

Which leads us first to characters. It’s certainly possible to create a horror with two, or perhaps even one character. In fact, I’d say the fewer people involved, the easier it is to develop your story. With fewer characters, you obviously get more time to properly flesh out the focused protagonist and create someone that the audience actually cares about. How many horror movies have you seen with a 90–minute runtime, about 10 characters that die one after another, and a boring protagonist that you can barely remember the name of by the end? It’s safe to say that most of the audience aren’t going to care about the characters that aren’t the demon or ghost or whatever other malevolent creature is attacking them. But you can make them care.

A good tutorial is The Haunting of Hill House, a series I consider to be apex horror. The Crain family has seven members, yet they devote an episode, around 45 minutes, to understanding each of them. Key moments from their past that defined their fears, their experiences, and their personal ghosts; how it’s shaped them into adults and still manifests in the present timeline. By seeing them one by one, we get individual pieces of the full story that slot into each other, like a puzzle. It’s in this way that characters are instrumental to horror – play off of real fears, something the audience can relate to, and you’ll make the story instantly that much better.

Creating atmosphere in a scene 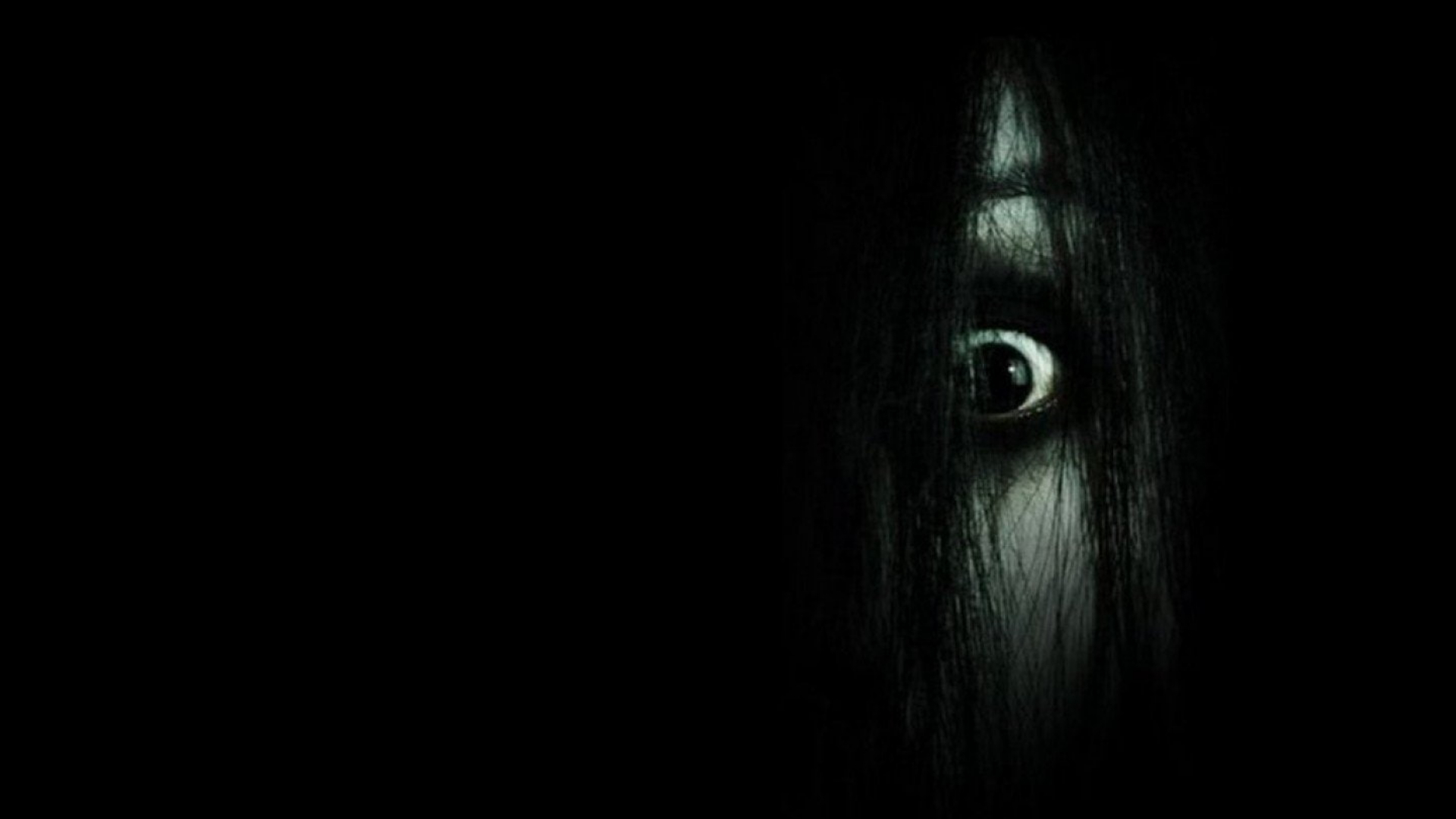 The absolute most vital aspect of horror is atmosphere. Creating suspense is in every horror story, no matter how bad it is. The slow, tense build-up, as the character moves towards a sound that they’re suspicious of, all music and noise reaching a crescendo – then nothing. Brief moment of respite, make them think nothing happened. Then a jumpscare. My, how original, how do you do it? All kidding aside, it’s a classic formula that’ll work time and time again – but it’s so boring. Real fear is from terror, where everything points to something about to happen, everything is so eminently tense, that your own mind begins to make the horror for you. For everything you don’t visually see, your mind crafts imagery of what is possibly there – prompted by subtle suggestions that don’t fully reveal anything.

Of course, it’s easier said than done. Realistically, it would take years of practice to perfect this style – and let’s be honest, we’re not that patient. Start with an extremely vague scenario, where the area is dark or otherwise obscured, and work your way outwards from there. Draw focus to one single object or space, and suggest that the frightening moment will approach, all the while providing only the basic ideas needed for the audience’s mind to create the rest of the horror themselves. At that point, it’s up to your discretion whether or not there will be a scare – but that moment where the audience is lingering onto the fear that something might happen? It’s unlike anything else.

This isn’t the only way to derive real fear from your audience however, sometimes something simple is best. Two scenes come to mind for me, Kayako’s descent down the stairs in Ju-On: The Grudge and the walking ghost from Kairo. In the scene from Ju-On, the moment begins when the woman hears a thud upstairs, soon followed by sopping wet sounds, interspersed with her own gasps of terror, and the slightly ajar door being pushed all the way open. Then, an odd rattling sound, which could easily be confused for the door, or perhaps the floorboards, as something crawls across them. It becomes more guttural and humanlike as the camera pans to the top of the stairs, so that we might see what is producing the noise. The woman is now silent in fear, while a harsh piercing note is the only piece of music accompanying the scene. Kayako’s face is first to appear from behind the wall, ghostly pale and bloodied.

She maintains a deathly glare towards the camera, as if peering into the watcher’s own eyes while she wretchedly wails; her bones crack as if her broken corpse was writhing against her own will. The moist sounds of blood join the assault on the audience’s ears, wanting them to fall backwards uncomfortably as she crawls closer. The woman in fact does; making small cries as Kayako approaches. As they come face to face, Kayako reaches out desperately, tears glistening in her dead eyes – the wailing grows louder as the music begins once more. The most fearful moment here is the woman’s realisation that Kayako means her no harm but is tearfully warning her to leave – that there’s something besides her here.

In Kairo, it begins when the man walks through the dimly lit hallway, reaching the wall that slowly illuminates. Singing, a ghostly wailing not unlike Kayako’s. He turns and notices a woman’s figure standing on the opposite end. She takes a slow, long step out of the shadows, revealing her utterly inhuman movements – erratic and awkward. The scene is silent, and at one step she seems to fall, then leans down like some beast ready to run forwards; crouching as if to pounce. But she doesn’t. She stands up again and takes the same ghastly strides forwards. The man falls backwards, not a sound emerges from his mouth. He desperately scrambles behind the chair to hide, obviously in futility. Glancing under, he sees the woman’s legs are no longer in front of him – just as the singing resumes and her hands slowly edge over the seat above him. The ghost peers down and he screams.

They’re both fairly different and fairly similar. Being so used to Western, cheap horror conditions you into thinking there’ll be some simple jumpscare – but there isn’t. Subvert your audience’s expectations, show them only enough to keep them confused and enthralled, yet afraid, and you’ll keep them coming back for more.