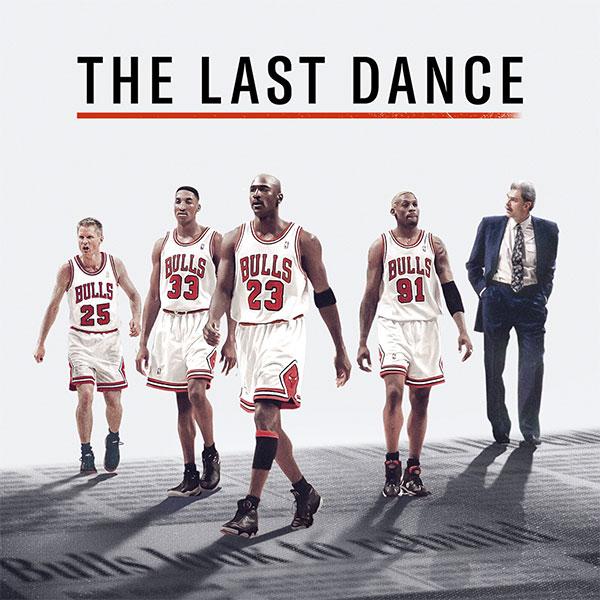 Documentaries are not my favourite genre or type of media, but when done right it is immensely interesting and cannot be matched by fiction. Some things could not have been made up or thought up, this story and documentary is one of them. For this article I rewatched the miniseries and again fell in love with the story and the legend of the great Michael Jordan. While not born a basketball fan, in recent years the sport has drawn me in, not just with great supplementary media like this show but because of the actual sport. I grew up a footballer and fanatic football fan, but over the years I never have and never will lose the love of playing the sport. Watching it for me has gotten considerably stale whereas basketball is fast and insanely entertaining as a spectator sport.

This documentary introduced me to the great Michael Jordan, while obviously I knew who he was and his brand, I didn’t truly know how good of a player he was.

Ups of the show

The documentary is unsurprisingly shot and done to the absolute highest possible level. You can tell from watching the effort and care put into it – not just from ESPN who made it, but from all the athletes, teammates, pundits, celebrities and more who make an appearance on the show. It truly shows the impact he had on the lives around him for better or worse. The doc also does a great job of showing the viewer how great he really was, it showed how his teammates and his opponents perceived and feared him as well as showing how he got to that point. How a rookie getting bullied his first week at the Bulls turned into not just a basketball icon, but a fashion and pop culture one too. It shows in tremendous detail his meteoric rise to the top of the world, and not just the NBA. It is a testament to how famous he was that everyone in the 80s and 90s knew him before the internet really took off. To put it frankly he was viral before viral was a thing. If he was in the age we live today he would be the most famous person ever, and even though he wasn’t, he still kind of is. 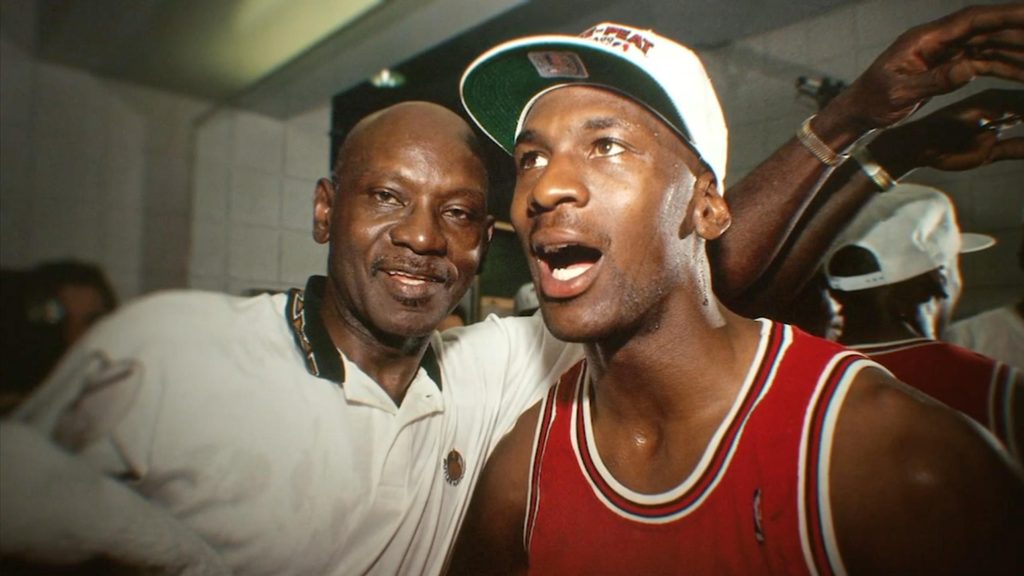 Another great part of the show is the real and raw interviews everyone gave, no one held back since being allowed to use profanities and loose language to best convey their feelings. These interviews gave the show such an authentic feeling which just added to the drama and obstacles Michael and his Bulls had to face over the years. And to their credit it was not all positive. They could have easily made a nice wholesome doc about how great he was and how much everyone loved him, but that would have been a lie. Many people disliked and even hated Jordan throughout his career and even now. His talent, intensity and greatness are sure to rub opponents and teammates the wrong way and soured some of his relationships. This duality of how he is perceived just adds to his air of excellence. He demanded 1000% from his teammates and in true leader fashion would never ask a colleague to put in more than him. He would always make sure he was working harder than anyone else and going farther than anyone else. This drive did lead his team mates to despise him at the time, he challenged, pushed, made them play they’re absolute hardest when they played with him. Which again made them resent him and his methods but after they all saw what it made them and what it helped them achieve, they understood why he did it and have come to appreciate it. This drive and intensity in life is what made him a winner in every facet of his life.

The show goes through every important step of Michael’s life, all the way through his playing career not missing out anything of any importance. For example, his father’s mysterious disappearance and death. This was surely an insanely tough time for him, and it is greatly commendable how open he was while filming scenes and interviews about it and other controversial topics. I feel most people would gloss over certain things if put in the same situation but not Jordan. He never backed down from any controversy or any challenge, he accepted it all and took it all on his back throughout the years. If anything, this documentary shows how different he is to normal people. A normal person is content and ok with not excelling and being the best at something but not Michael. He was a winner and wanted to win everything he possibly could, this mentality drove him to become a person many didn’t like but he undoubtably made himself the best basketball player of all time. 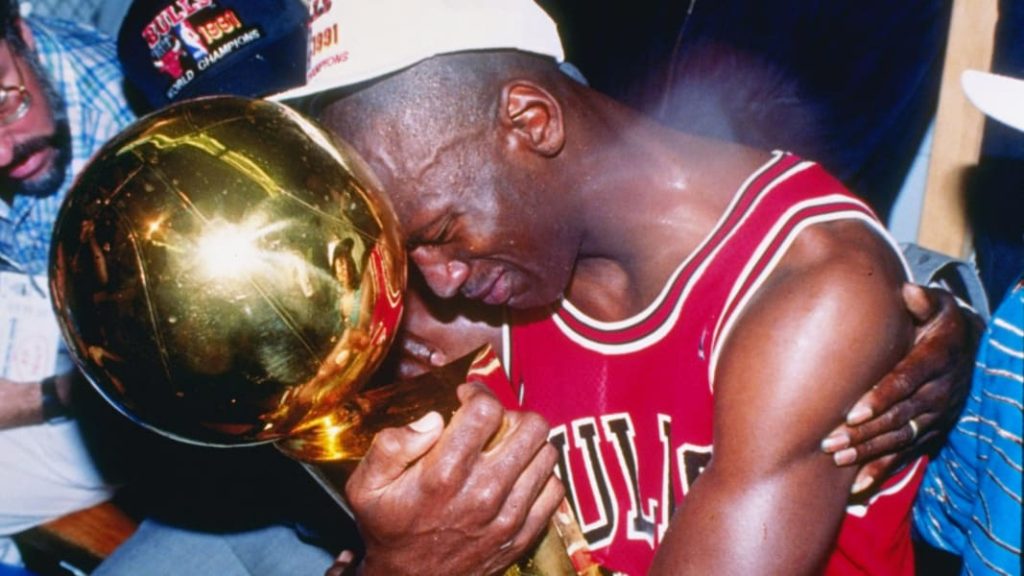 The documentary showed how he became not only a sporting icon but an icon in fashion and pop culture. His launch of the Jordan brand with Nike started the greatest sport sponsorship ever, his shoes and his clothes even still are some of the most anticipated and sought-after clothing in the world. He became a star to everyone, even if you have never seen him or anyone play basketball for that matter, he is without a doubt the most famous and recognisable sports star in history. 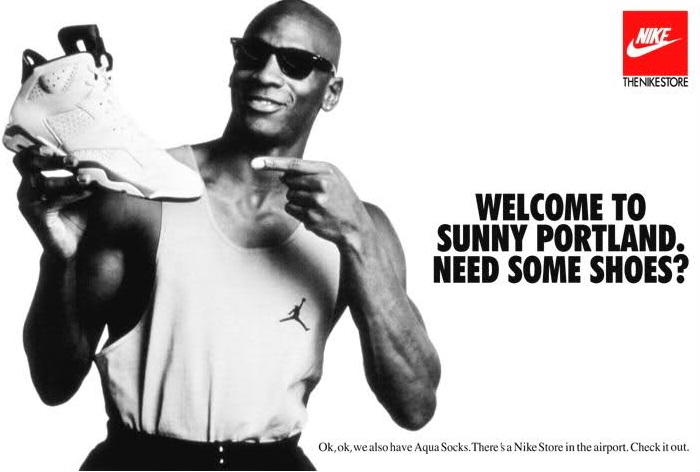 The interviews used for the doc are amazing, his old teammates and opponents giving their 2 cents about him, and many parts of the story really added to the overall product. It showed the viewers how feared and how great he must have been to incite such reactions from multiple people, and it also has loads of game footage to show his many awe-inspiring plays and sequences. While he was outstanding, I can’t help but say the defending back then, while it was a lot harder and aggressive, was near as good as it is now. I’m in no way discrediting anything but just something I wanted to add, because no question if MJ played today, he would still be considered one of the best.

My few criticisms of the show

My main criticism of the documentary is how it was edited and laid out. Instead of bringing us on a one-way line through Michael’s life and career “The Last Dance” chose to do it in a very muddled and at times confusing way. It jumps backwards and forwards in time telling his story in a very convoluted and jarring way. It is in no way a deal breaker; it is just very weird they chose to do it in this way. While I have not seen boat loads of documentaries, I have never seen one edited and laid out in such a bizarre way. Finally, my last and honestly quite small criticism is how the Bulls General Manager Jerry Krause was portrayed. While many blame him for most bad things that happened along the journey, without him the best wouldn’t have happened as he was the brains behind all of it. But in the doc, he is credited with a lot and his importance is not fully downplayed. It is accompanied with his villainous portrayal. Even in the intro of the show it uses an out of context clip of him to make him look as bad as possible. First time watching this I didn’t much care or notice it but now after a second viewing it is undeniable that they used him as a scapegoat.

While it was not perfect, this documentary is truly the best I have ever seen and will take some beating even with my criticism. Its importance is severely understated. For someone born right after his reign in the NBA this doc is the only thing that truly describes and shows his dominance and legacy. For my and every future generation this documentary will show you the greatness and what the man behind the famous Jordan logo was really like. He was not liked by many, feared by most and hated by opposition, he is one of the most polarising figures in sport history and with good reason. His talent was unattainable for most and without a doubt with my limited knowledge of the sport he was the greatest of all time. He was unbeaten in the finals, something no one has done six times like him and even with food poisoning was the best man on the court.