Trailing off: The Problem with Film Trailers 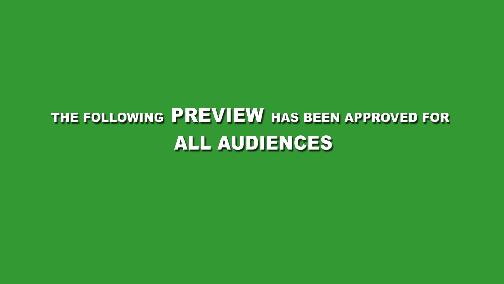 You take your seat at the cinema and try to relax alongside the cacophony of crunches and slurps. It isn’t too long until you are given the strong desire to tear your eyes and ears out at the most patronising, saccharine and downright boring advertisements- I’ve already paid for the damn tickets.  Although, if you were smart (neurotic even) like me you would know the exact length of such horrors and come at the opportune moment: as soon as the trailers begin. Whether it’s the next cowardly superhero venture, another horror sequel or an outlier alternative picture, the trailers treat you to a miniature film before yours even begins. Isn’t that great? Even when you get home, you can watch them again and again, leave an eloquent review of predictions, loathe casting, protest them, even break them down on your hackneyed YouTube channel or Twitter page. The trailer is a short-form cultural phenomenon that predates the internet, but what is it that makes a trailer so important and, most crucially, how can you tell a good one from bad?

The first thing to note about trailers is that there are a lot of them. Almost every release requires a trailer, from slick blockbuster to indie darling. To totally analyse the medium may almost take a library as large as one dedicated to film studies itself.  Every era has its own conventions as does every genre, it’s a language that audiences can understand, and something they need to be eased into before they commit their hard earned dough and idle time. As the medium has advanced some conventions have disappeared with them, such as the humble voice over. But the crucial difference now is how trailers are consumed. Trailers are consistently some of the most viewed content on the internet, often going viral. Unlike days of yore, when cinemagoers would have to cough and gasp at the silver screen to show their love or contempt, now audiences have a direct channel to respond to producers and filmmakers which has not only been instrumental as to how other people look at films but how productions look at themselves. One only has to look back on the famous case of 2019’s Sonic the Hedgehog. When the trailer starring our blue remembered chum dashed onto screens, audiences noticed something was a little odd. The usually cartoonish hedgehog had become a realistic, teeth and all, ugly version of the beloved racing rogue. A torrent of abuse, memes and laughter ensued causing Paramount to panic. The film was consequently delayed and Sonic was given a facelift and the later trailer garnered a much more favourable response.

A similar campaign was levied onto Tom Hooper’s disastrous Cats that seemed doomed even before its release from a deluge of negative responses, stemming from the uncanny addition of CGI tails on an already creepy cast. Despite a re-upload, sans tails, the memory stayed and the film was a flop. It begs the question of how far studios are willing to go in order to ensure they can reap the rewards of a beloved cash cow. What if a particular character looked displeasing to an audience, would they cut them from the film entirely? We have seen this with the infamous example of Ridley Scott’s J Paul Getty biopic All the Money in the World, where leading man Kevin Spacey was replaced in post-production with all of his scenes re-shot and performed by the late-Christopher Plummer. The power to critique and democratise a film before it even comes out has the potential to weave great power.

It is no secret that making a film is a ginormous financial risk, studios are investing millions upon millions, and then some, in the hopes they get millions and millions back. For independent filmmakers the stakes are even higher, with a ruling between a success and swift change in career. So the trailer has to be right, on a conventional studio film the marketing can approximate almost the same as the entire budget for production. So what do studios do to avert financial risk? Well, it’s to tell the entire film in under three minutes in a gloriously conventional three-act structure. I remember this being so shamelessly adopted for future best picture winner Coda. In the three-minutes of the Coda trailer, I see the first scene, the setup, the act 2 journey, its low point and pretty much the conclusion

However, to my surprise, the squeezing in of the entire film is not a modern invention. Perusing trailers of old is almost like watching a best of album, taking the assumed ‘best’ moments, stringing them chronologically, and using them to lure in their audience. If we look at the James Bond classic Goldfinger (1964) we see this as the case. Not only are some of the most thrilling moments of action and sex revealed to us, but in mostly chronological order too. I feel I’ve seen it all! After 50 years this method remains gospel when watching the trailer for recent Bond installation No Time to Die (2021) where the most thrilling stunt in the film is shown to us immediately in the trailer. Wouldn’t it be better for the spectacle to be revealed in the cinema? Word of mouth is at its most powerful with social media. But maybe this is what is ruining the surprise, with viewers even being able to read the entire story before watching the film through forums or hundreds of hot takes, has the element of surprise been lost to us?  I have the same grievance with ‘re-caps’ of TV episodes where the different narrative threads are edited in such a way to give importance to particular plot points, making it easy to guess what’s to come. But that’s a different argument.

So, what makes a good trailer? In short: atmosphere. While obviously it’s crucial for some narrative elements to be included in order for audiences to know what the damn thing is about, can’t they be left with some surprises? I think of the fabulous trailers of director Paul Thomas Anderson, who famously cuts his own rather than by an outsourced trailer editor. A particular favourite is his Inherent Vice from 2017. What is so startlingly good about the Inherent Vice trailer is its conveyance to the audience of aesthetic, premise and genre. The trailer, in two minutes, gives us the premise in under 20 seconds and then proceeds to flash various enticing cherry picked moments, cast members and tonal shifts with the thumping sound of Sly and the Family Stone to give us an aural reminder of the period. I know what the story is but I am left to guess how it reaches its conclusion, as well as what the conclusion is. No structure, no plot spoilers and a reliance on the audience making up their own mind.

However, with the average online viewer’s attention span slowly shrinking could anybody even bother to sit through three minutes of an upcoming film? Why bother watching films at all when they are neatly available in clip format online? This may well be what marketing companies and flippant Tik Tok duds, who bemoan that 2 hours of watching one singular thing is too long, would have you believe. The notion that our concentration levels are so depleted by technology and therefore require us to be continually spoon-fed is an entirely erroneous one. The problem with trailers, and indeed the short trailer before the trailer that we see more and more, is the lack of faith in the audience. To even conceive that a condensed version of the film needs a further condensed version like a cinematic nesting doll is almost absurd. Yet it’s become commonplace for big blockbuster films to take all the spoiling thrills from the extended trailer into this new-fangled pre-trailer amuse bouche. The studios churn this all out in an attempt to create more content, more dollars at the expense of insulting their viewer’s (consumer’s) intelligence. So despite the new ways to dissect, consume and critique trailers, they aren’t going to go away any time soon. But what if they were better? Rather than relying on methods of old and ensuring that they become exercises in spoiling audiences with expectation, they should excite them, challenge them. Sure, we can have old reliable crowd pleasing genre film where viewers know what they’re going to get. But why can’t they be excited for them, be given the opportunity to wait, to imagine for themselves? Give the people something magical; for even while the future looks gloomy, where even the bread is in shortage, it is the circus that gets us through.