Constellations: Ancient History of the Stars 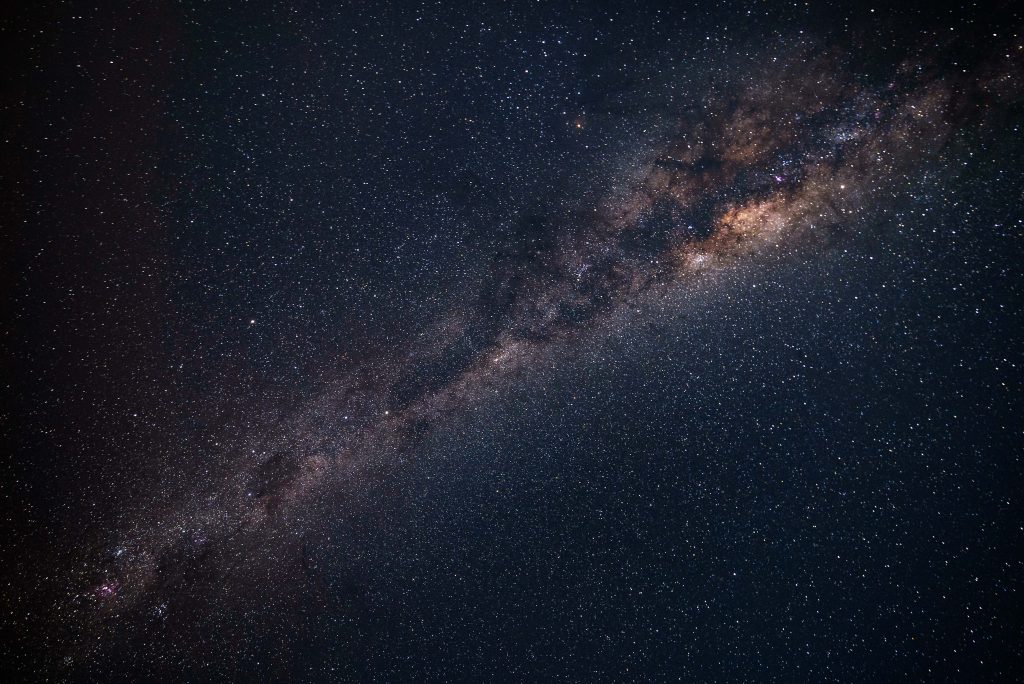 So, with such an ancient subject studied for countless years, there must be some fascinating stories to go along with them. And where better to start than with the twelve constellations along the zodiac?

Aries the ram is based on the ‘Chrysomallos’, the flying ram that had a golden fleece. Most famous for being in the story of Jason and the Argonauts; the ram, a child of Poseidon and the nymph Theophane, granddaughter of the sun-god Helios, rescued the children of another nymph named Nephele from their jealous stepmother. One child died, and the surviving child was taken away – where he sacrificed the ram to the gods and returned it to his father Poseidon, who placed him among the stars to become Aries. The brightest star is Hamal.

Taurus the bull is one of the oldest depictions of the constellation, having its own story within Babylonian mythology as the ‘Bull of Heaven’ sent by goddess Inanna/Ishtar to kill the hero Gilgamesh for rejecting her proposal to become her consort. For the Egyptians, Taurus was regarded as sacred and brought life and spring. Even cultures such as the Druids, Buddhists and Inuit have their own stories and meanings for the bull. In Greek mythology, sometimes Taurus represents Zeus’ form of a white bull that abducted the beautiful princess Europa. It may also be the form of Io, one of Zeus’ many lovers, who he transformed into a cow to hide from his vengeful wife, Hera. The brightest star is Aldebaran. 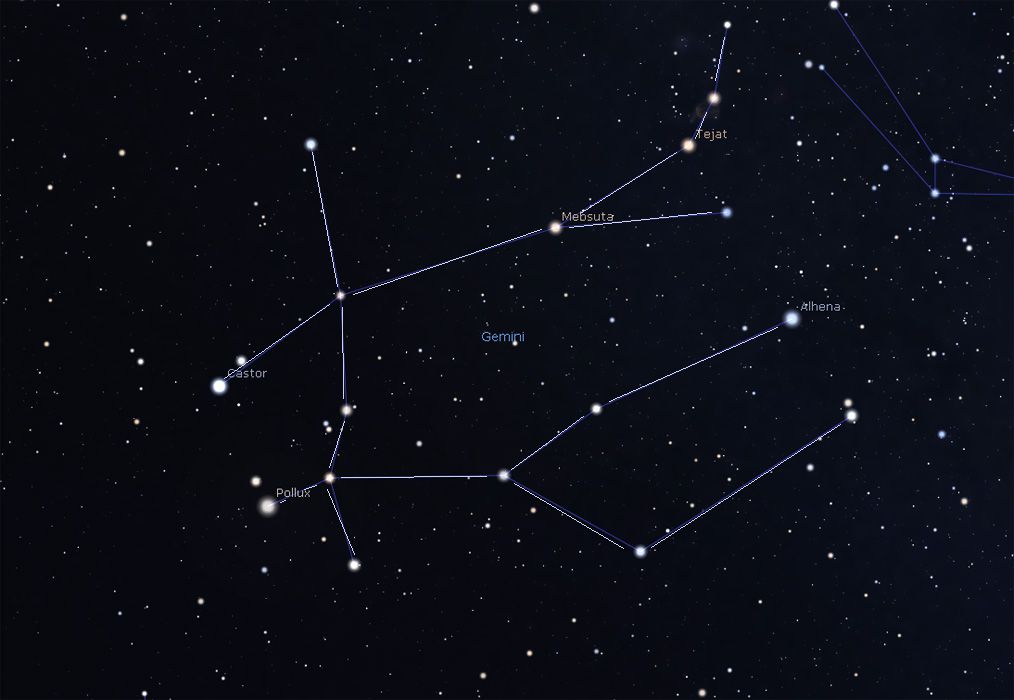 Gemini the twins also has roots in both Babylonian and Greek mythology. They were known as the ‘Great Twins’ in Babylonian, and associated with the god Nergal, king of the underworld. In Greek mythology however, the twins are Castor and Pollux, children of Leda. Castor was a mortal son of Spartan king Tyndareus, while Pollux was the demigod son of Zeus, who famously took the form of a swan whilst seducing Leda. When Castor was grievously wounded, Pollux begged his father for his immortality to be shared with his twin, to which Zeus agreed and united them amongst the stars. The brightest star is Pollux (and, naturally, the second is Castor.)

Cancer the crab has many origins as well and didn’t always mean a crab. In Mesopotamia it represented a turtle, while in Egypt it appeared to be a scarab, and in both cases, it was the initiator of the summer solstice. Known as ‘Karkinos’, the giant crab of Greek mythology was sent by Hera to aid the Hydra whilst battling Herakles during his second labour. Karkinos, rather insignificantly, pinched or bit Herakles on the foot, which subsequently led to the hero crushing the crab with his foot. For his valiant effort, Hera placed him in the stars. The brightest star is Beta Cancri.

Leo the lion is simply associated with the Nemean Lion, Herakles’ first labour. The Nemean lion is supposedly either the offspring of Orthus, the two-headed brother of Cerberus, or the child of Typhon, king and progenitor of all monsters. Its golden fur is said to be impervious to all weapons, leading to Herakles having to strangle it to death with his own hands. The brightest star is Regulus. 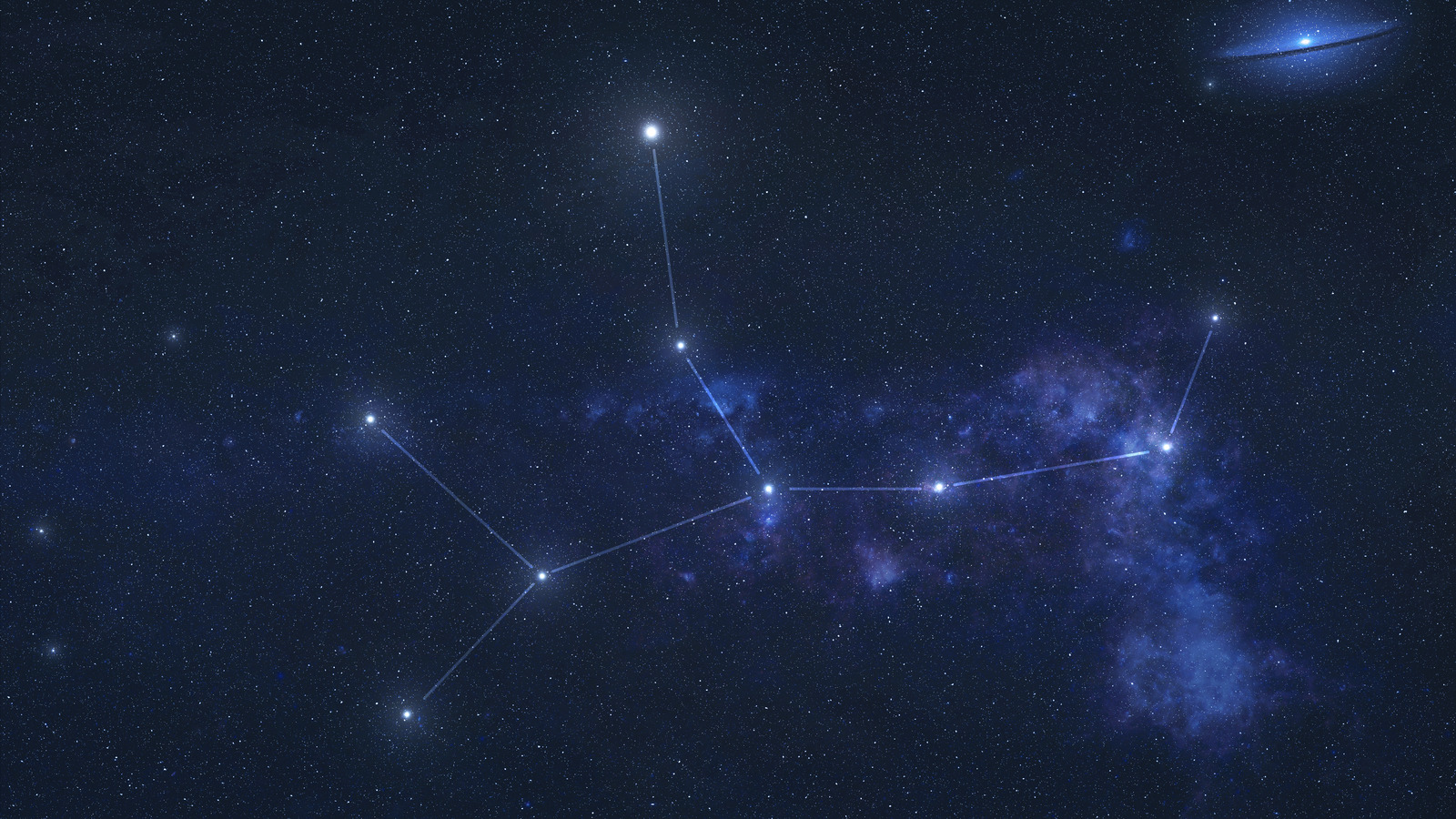 Virgo the maiden has several origins even within Greco-Roman mythology, most often being related to Demeter, goddess of harvest – most myths do associate the constellation with wheat. One such legend tells of Erigone, the daughter of Icarius, a man that was taught about wine by Dionysus. He gave wine to some shepherds, who, upon getting drunk, believed to have been poisoned and killed Icarius. Erigone and her dog, Maera, discovered her father’s corpse and both killed themselves out of grief. Dionysus took pity on them and placed Erigone as Virgo, Icarius as Bootes and Maera as Canis Minor. The symbol of Virgo comes from Astraea, a virgin goddess of justice and innocence who was the last immortal god to have left Earth. She is said to have held a scale that joined her in the heavens, leading to the next constellation. The brightest star is Spica.

Libra the scales was known both in Babylonian and Greek mythology as the ‘Claws of the Scorpion’, where in the former the scales were related to Utu/Shamash, a sun god of truth and justice. These days, Libra has been associated with law and fairness; it also pertains to the Greek titan-goddess Themis, daughter of Gaia and Uranus, who is too a goddess of divine law and order, now depicted in modern times as ‘Lady Justice’. The brightest star is Beta Librae.

Scorpio the scorpion, known as Scorpius as a constellation, has numerous myths that relate it directly to Orion the hunter. One story is that Artemis and Leto sent a scorpion to kill Orion after he boasted that he would hunt and kill every animal in the world. As Orion fought the scorpion, they caught the attention of Zeus, who sent them both into the sky to remind mortals to keep their pride in check. The brightest star is Antares. 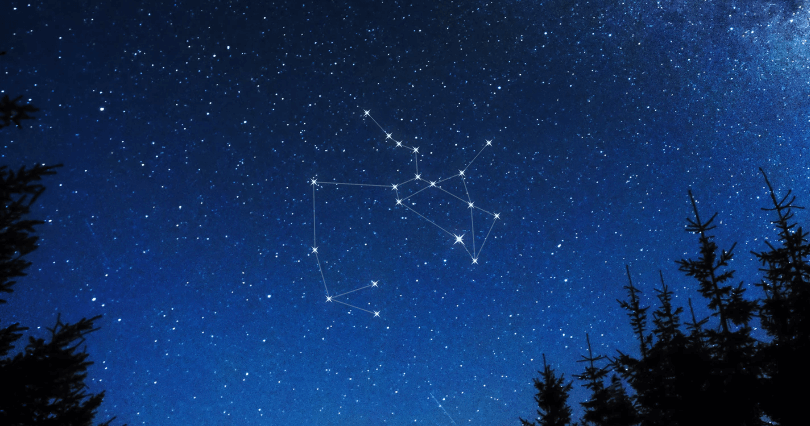 Sagittarius the archer is always represented with a centaur, and is typically thought of as Chiron, the wisest of his kind. Chiron was honoured as a healer and oracle, as well as a tutor to many heroes such as: Achilles, Theseus, Jason and Perseus. He is said to have been taught by both Apollo and Artemis, in the arts of music and medicine, and hunting and archery respectively. On a more astronomical side, Sagittarius is nearest to the densest part of the Milky Way, the centre of our galaxy. Images have recently been released of Sagittarius A*, the supermassive black hole at the centre. The brightest star of Sagittarius is Epsilon Sagittarii.

Capricorn the sea goat, or Capricornus for the constellation, is perhaps one of the more peculiar signs. The smallest constellation on the zodiac, its depiction as a hybrid of a goat and fish have existed since the Babylonians used it as a symbol of the god Enki/Ea. In Greek mythology however, the goat is often identified as the foster mother of Zeus, Amalthea, when he was in hiding from being devoured by his father Cronus. The brightest star is Delta Capricorni.

Aquarius the water-bearer too has a few tales, the oldest known one being a representation of the aforementioned god of water Enki/Ea, holding an overflowing vase. Aquarius had negative connotations, as Babylonians believed it to be associated with the frequent floods they experienced. The Greek mythology typically likens the constellation to Ganymede, said to be the most beautiful youth of all the mortals. In one variation of the story, Zeus falls in love with him and either becomes or sends an eagle to abduct him, bringing him to Olympus to be a cup-bearer for the gods. Another variation tells of the goddess of dawn, Eos, cursed by Aphrodite to have an insatiable lust for mortal men, kidnapping Ganymede, where Zeus then stole him from her himself. The neighbouring constellation Aquila is said to represent the eagle that stole Ganymede. The brightest star is Beta Aquarii.

Pisces the two fish, the final constellation along the zodiac, has associations with several gods – Inanna/Ishtar, Vishnu, Typhon, Eros, and Aphrodite to name a few. In one myth, Pisces represents the fish that Aphrodite and her son Eros transformed into while escaping the monstrous Typhon, who had been sent to attack the gods by the primordial earth deity Gaia. In other myths, it relates to the river Euphrates, one of the most important rivers for Babylonian culture and history – thus explaining the link to the central Sumerian goddess Inanna. The brightest star is Alpherg.

Whether you enjoy the astrological or astronomical side of the constellations, or perhaps the mythological origins of their stories like me, the stars offer something for everyone to enjoy. Look out for the next part of this, where I explore the history of constellations beyond the twelve zodiac signs.