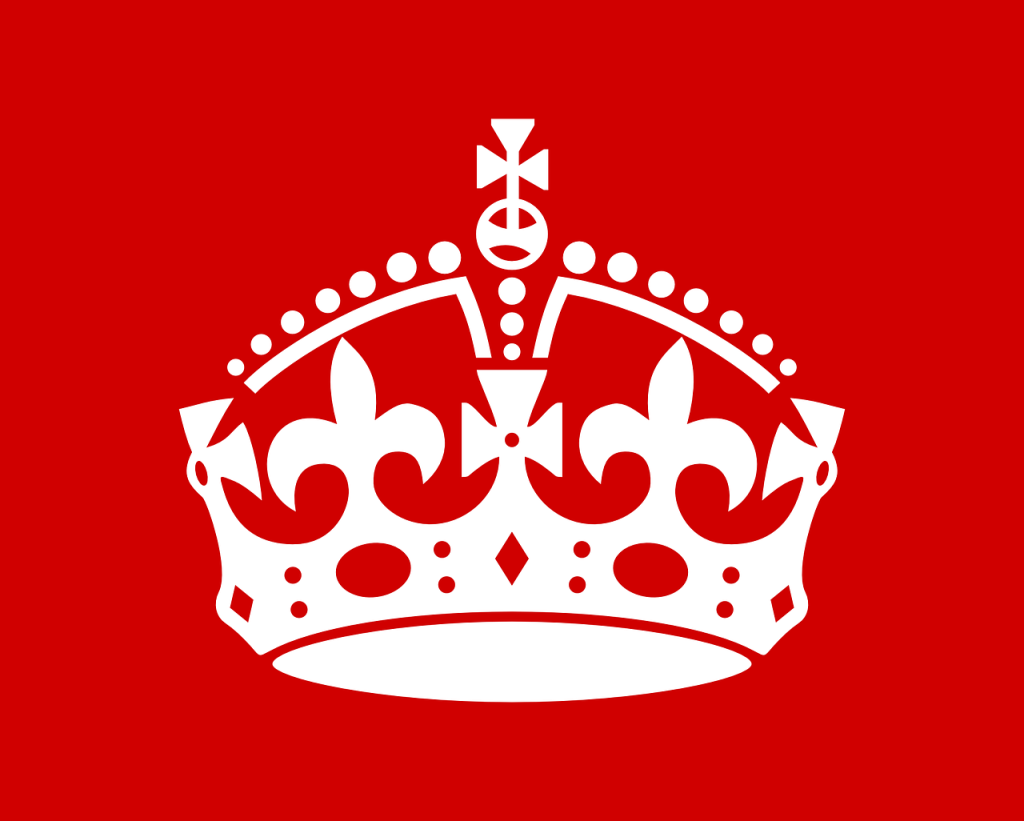 Just this past week several people across the country celebrated Queen Elizabeth’s Platinum Jubilee. From street parties to collectable memorabilia, celebrations were in full swing. The Sovereign’s 70-year reign was marked by a four-day weekend, and there was a range of merchandise available.

With the celebrations done and dusted, the question of whether to keep or abolish the monarchy has been weighing heavily on my mind. After Queen Elizabeth’s passing, I respectfully feel that it is time to bid farewell to the monarchy. In the past I would have said this opinion was unpopular. However, I have seen the frustration of a lot of people surrounding the monarchy. 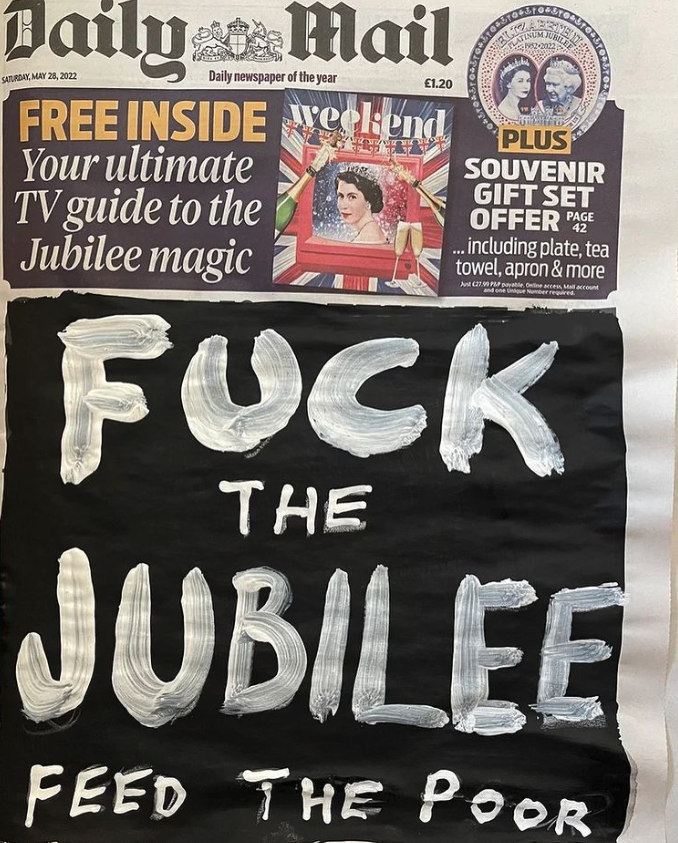 I stumbled upon this piece of artwork created by Mark McGowan (@the_artist_taxidriver), and I think it captures how many people across the UK were feeling. With the cost of inflation at a historic peak (of 9%), and the government choosing to spend a lot of money on a grand celebration, understandably people are angry.

Not only are artists taking sides, Republic, which is an anti-monarchy group, sparked fury for putting up billboards. Initially introduced in July 2021, they resurfaced a few days prior to the Platinum Jubilee. The billboards were paid for by a crowd fund, which amounted to over £40,000. 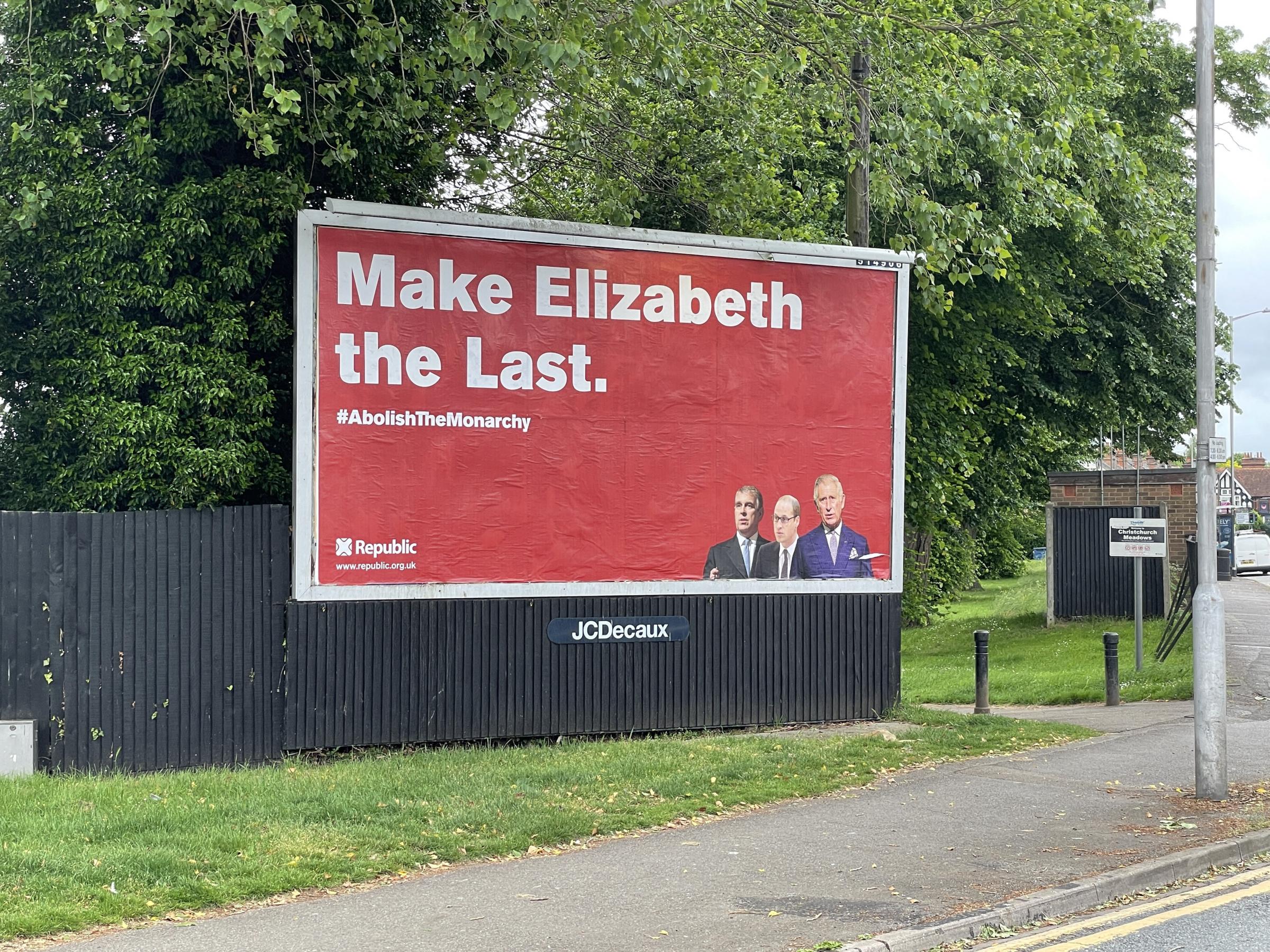 It is all part of a campaign titled ‘#AbolishTheMonarchy’ and they are also selling merchandise that makes a mockery of the monarchy.

There was also a lot of satirical commentary that I came across on Twitter poking fun at the grand day.

I'm going to celebrate by doing absolutely fuck all, just like the royal family do when I have an anniversary. https://t.co/sZOjJeuLGz

It seems that many did not feel the urge to celebrate someone who has managed to live a privileged lifestyle for 70 years. One woman referred to the Queen as ‘someone who was born into a guaranteed, well-paid job’. 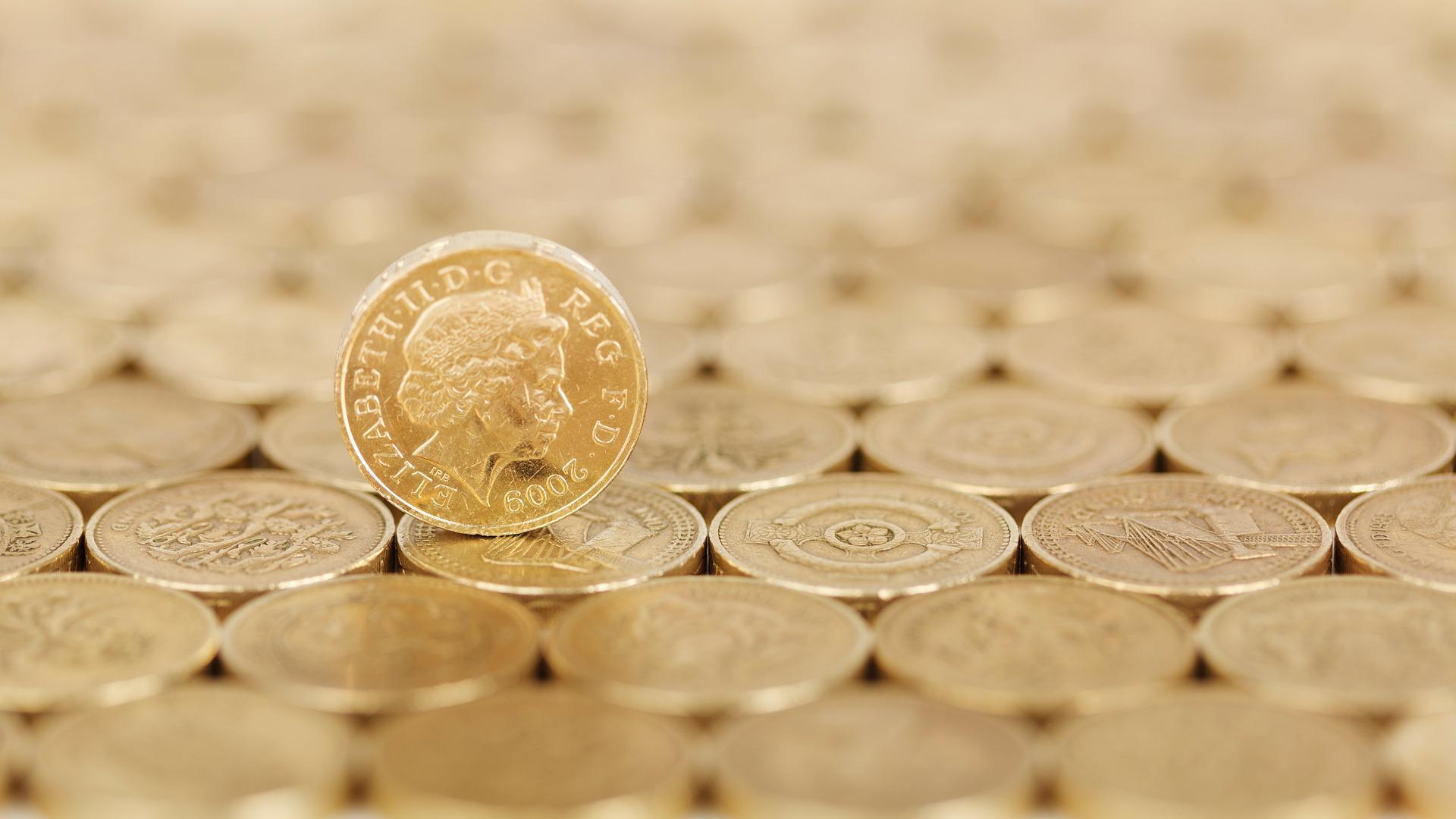 According to the annual financial statement (The Sovereign Grant Report) for 2020 – 21, published by The Royal Household, it shows the monarchy cost £87.5 million that year. This is a huge increase, the previous year the total cost was £69.4 million. Some of this is funded by the taxpayer’s money and is equivalent to £1.29 per person in the U.K.

‘The Sovereign Grant Report is the funding provided to support the official duties of The Queen and maintain the Occupied Royal Palaces. It also includes a dedicated amount to fund the ten-year Re-servicing of Buckingham Palace, a major overhaul of essential building services including electrical wiring, pipework, boilers and generators.’

For the full report and more about the financial reports of the royal family click here.

In March 2021, Chancellor Rishi Sunak released the budget detailing how money would be spent. In this report it stated that £28 million would be used to fund the Queen’s Platinum Jubilee celebrations. This would be in order to deliver a major celebration for the UK. In an era of inflation, this is an outrageous amount of money to spend on celebrating one privileged family.

Furthermore, with big events comes huge crowds that require police control along with paramedics to be on stand-by. It is estimated that millions of people attended celebrations across the country, which placed a greater strain on the NHS and the Metropolitan Police. The NHS County Durham published a statement before the event encouraging people to #DoYourBit.

In planning this big celebration, I wonder if the government considered the aftermath and further costs

Admittedly the monarchy brings in tourism, which generates money for our economy. However, at what expense of the nation and to what detriment. Many countries no longer have monarchies but still have a booming tourism industry. I believe that the tourism industry would still thrive even if the monarchy was abolished. Furthermore, there would be a greater amount of money to spend on other areas. The amount of money set aside for the monarchy seems absurd, especially when sectors, such as the NHS, are clearly underfunded and struggling. 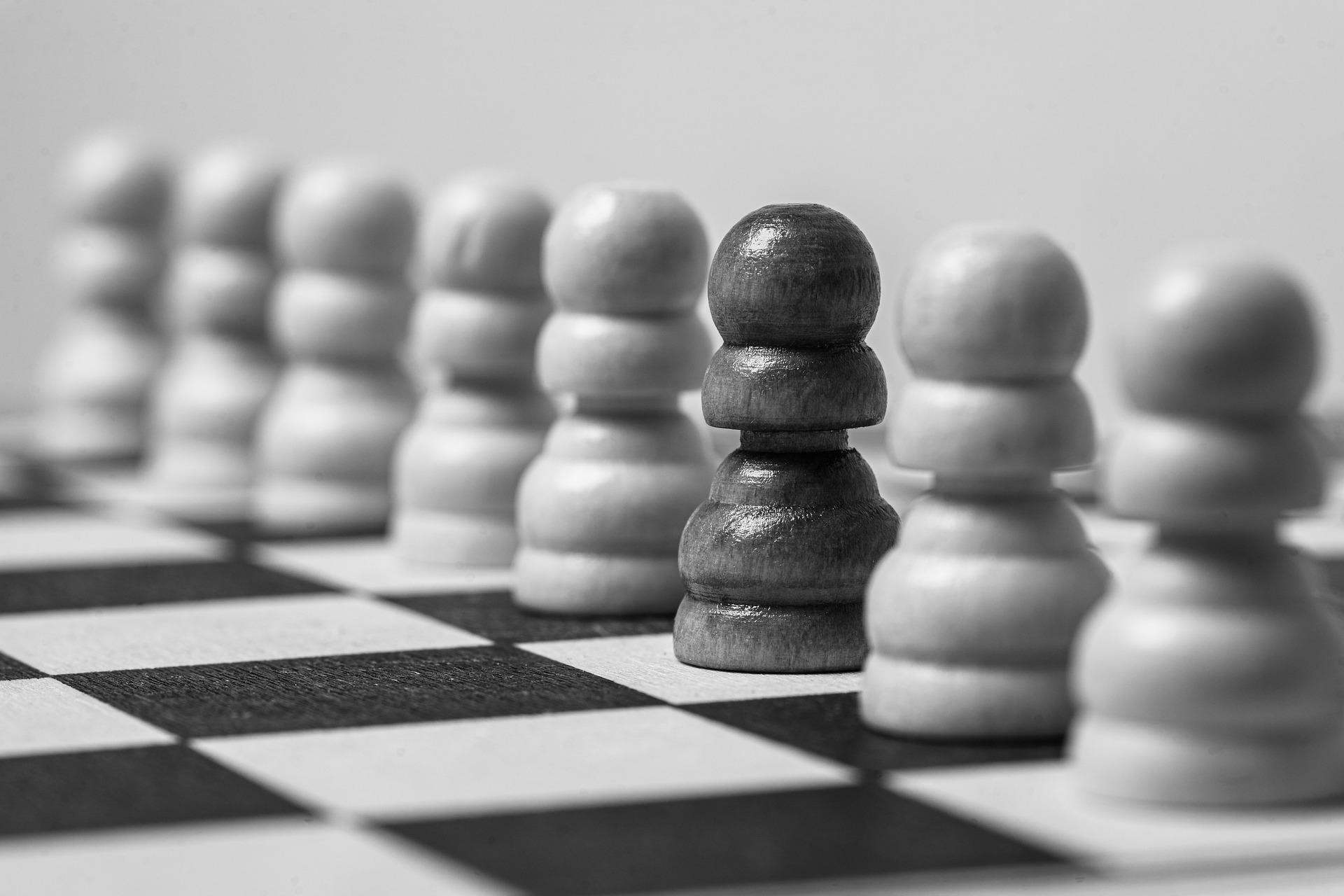 There is a history of racism embedded in the grounds of the British Royal Monarchy. Their involvement in the slave trade and banning ethnic minorities from office roles are just a few examples. However, it seems they never accept responsibility and shy away from the issues surrounding racism.

An example of this is when The Guardian uncovered documents revealing a disgusting reality in June last year. They were discovered at the National Archives as part of the Guardian’s ongoing investigation into the royal family. The documents revealed that up until the late 1960’s ‘coloured immigrants or foreigners’ were banned from serving in clerical roles. However, it was perfectly fine to hire immigrants and foreigners to be domestic servants.

It also showed how Buckingham Palace negotiated clauses that are still in place today. The terms provide the Queen and her household an exemption from laws that prevent race and sex discrimination. Essentially this means if anyone feels they have been discriminated against for their race or sex, they are not able to complain. 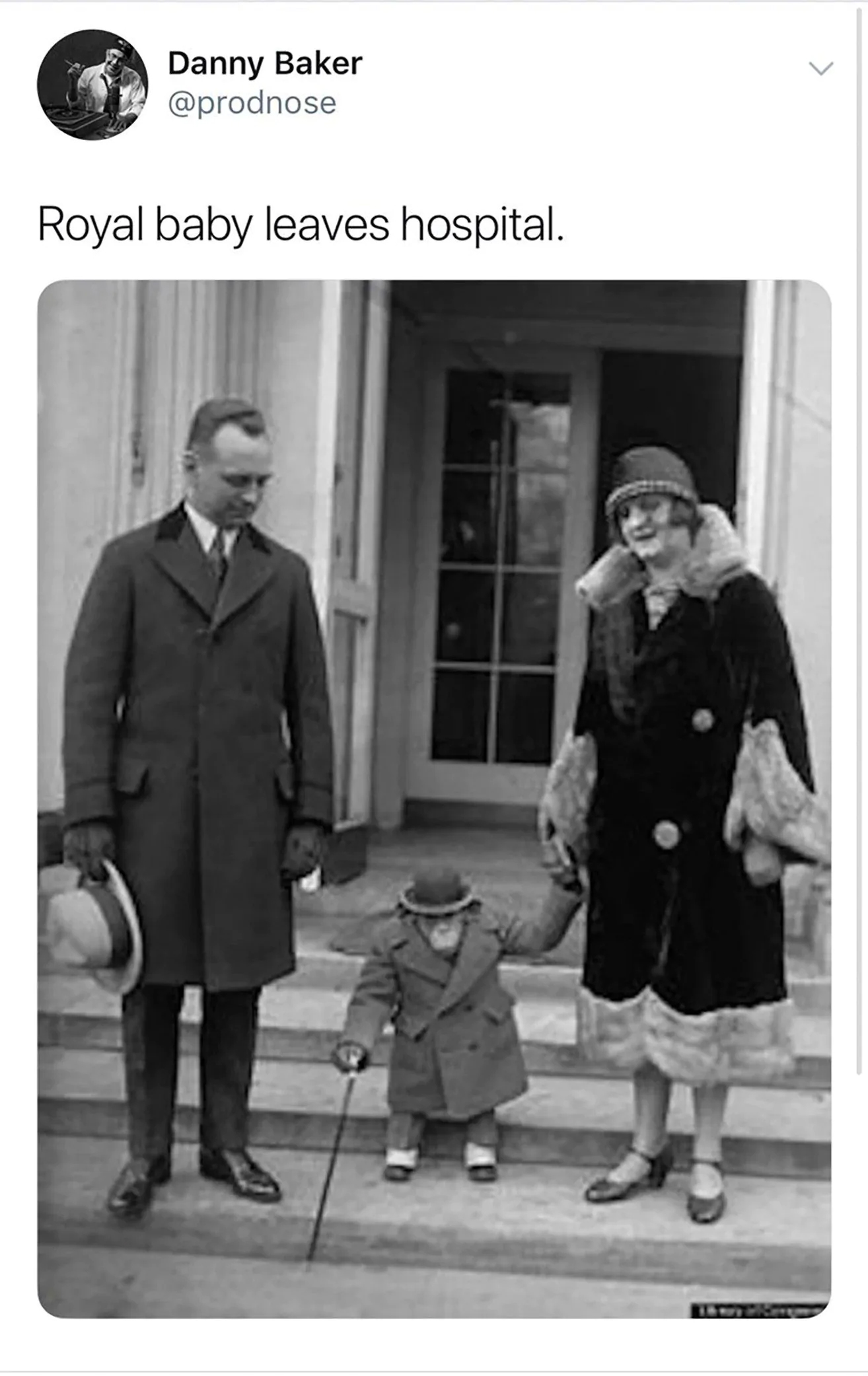 After Harry and Meghan welcomed their first child, trolls were quick to comment. Comedian Danny Baker posted a photo of a woman holding a monkey’s hand with the caption: ‘Royal baby leaves the hospital’. Although this attitude does not speak for the royal family, it certainly suggests a belief that POC are not welcome within the institution.

The Queen and her predecessors are simply made head of state due to genetics. They happened to be born into a life of luxury which has warranted them to have the position of Queen or King. It does not matter if they are suitable or worthy of the role or not. If Britain claims to be a democracy, then no one family should be above others and have their lives funded by the people. Surely if we are a democracy we should be voting for our head of state, just like we do when it comes to our Prime Ministers. 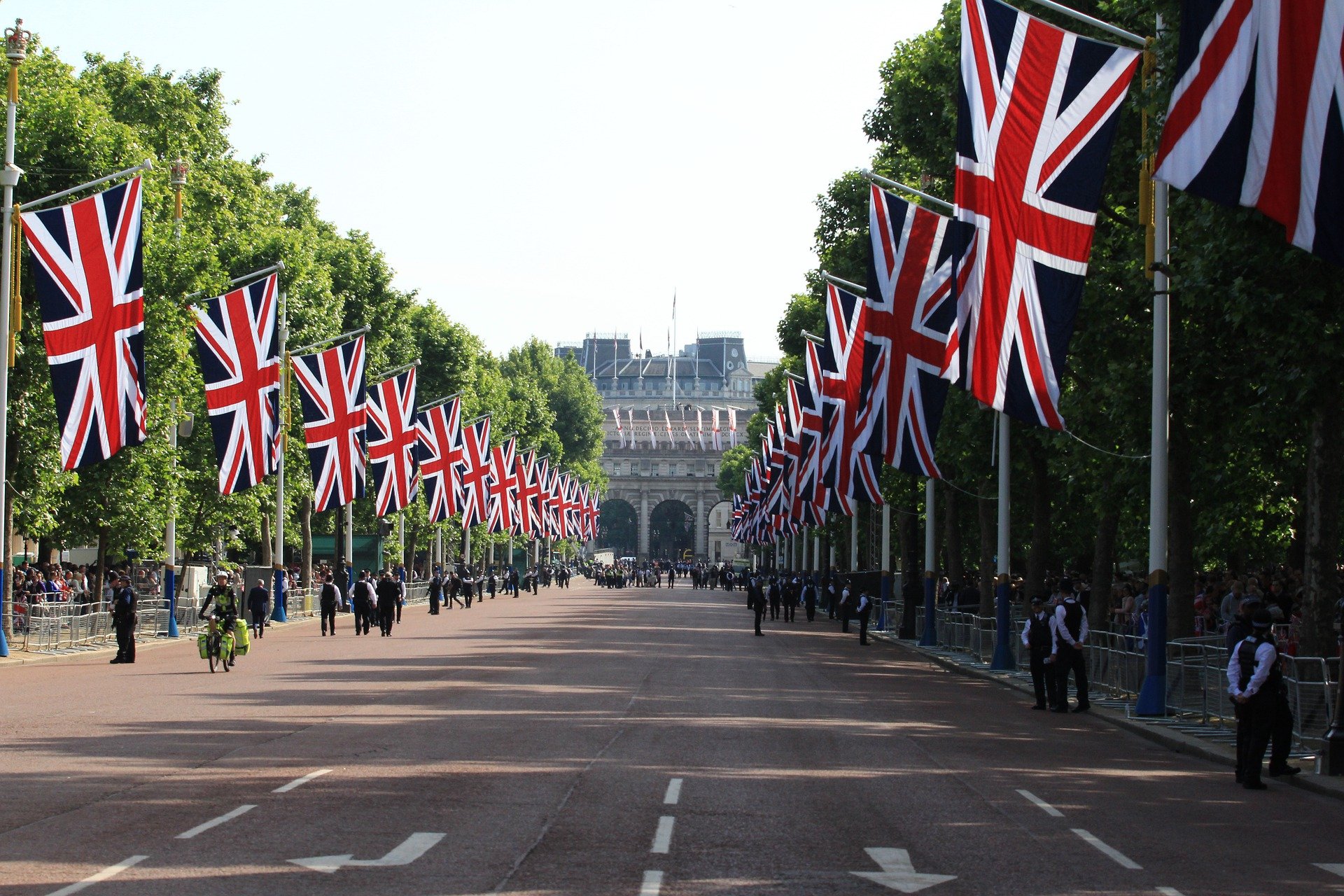 The British National Anthem can be dated back to the seventeenth century. ‘God Save The King’ was a patriotic song which was first performed publicly in London, 1745.

Currently we have a Queen, so that is substituted for ‘King’ when the anthem is sung. The anthem is made up of two verses, on official occasions only the first verse is sung. The words of the National Anthem are as follows:

God save our gracious Queen!

God save the Queen!

Long to reign over us,

God save our Queen.

I personally feel that the National Anthem is now outdated and lacks relevance. A national anthem should be about more than just the head of state. It should include the people of the nation. Essentially, it’s a big f**k you, as long as the Queen and her family are living lavishly who cares about the people.

I personally feel that the National Anthem is now outdated and lacks relevance. A national anthem should be about more than just the head of state. It should include the people of the nation. Essentially, it’s a big f**k you, as long as the Queen and her family are living lavishly who cares about the people.

The question whether the monarchy should or shouldn’t be abolished, opens a huge can of worms. There are many other reasons we could explore, we’d be here all day, from public scandals to the long history it’s built upon. As a whole I do feel it has run its course and served its purpose. In our modern society the monarchy does not serve a political purpose, instead it leeches off the people. The Queen is just a figurehead representing our country, essentially now here to look pretty like a decorative ornament. Abolishing the monarchy is not a change that can happen overnight, it would take some time. However, I think now is the time to assess the value the monarchy holds to the country and make a change.