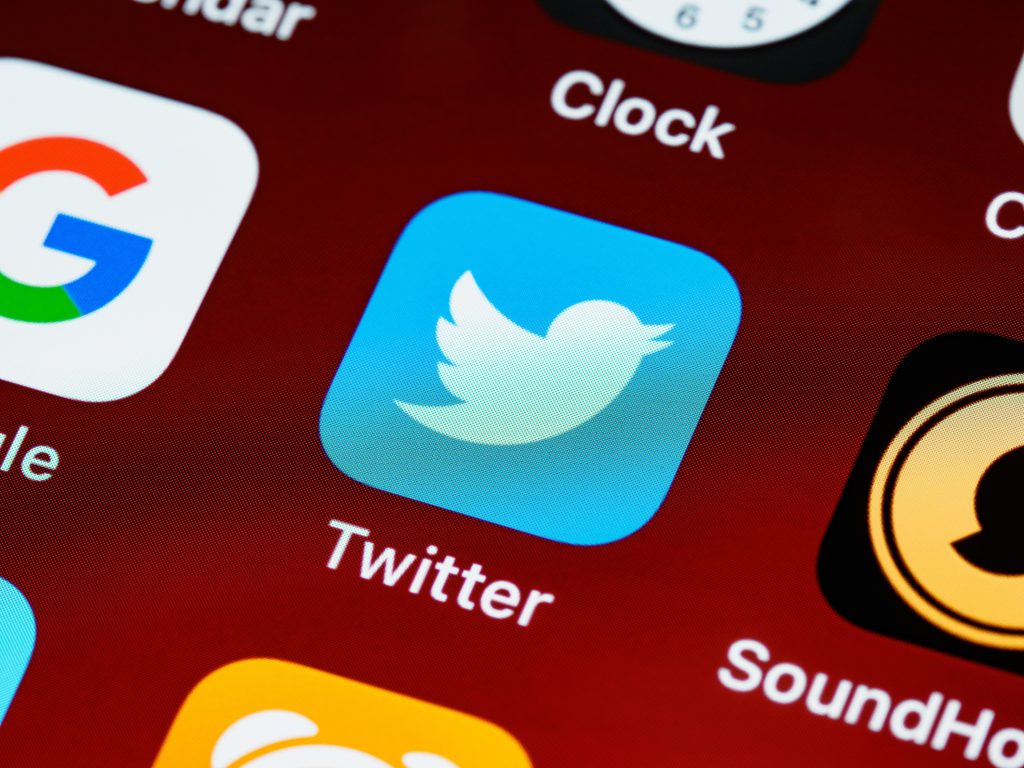 Thinking about getting on Twitter? I’m pleased to mention you’re unlikely to be saved. Nevertheless, there are ways to enhance your Twitter experience, and I’m here to help you with that. For those not acquainted with the hit social media platform, it’s the online equivalent of being stuck on a bus surrounded by the most vile, annoying personalities to be found amongst humanity. The bus, rather than meandering through the bowels of London somewhere, is instead slowly heading towards a cliff – all the while the driver makes frequent announcements of our impending apocalyptic fate; the passengers tut and mutter under their breath about whose fault it is and how we should ring the bell to stop the bus and get off to save ourselves, but no one actually does or says anything of purpose.

Sounds interesting? Great! You’re one step closer to being deeply immersed in the worst culture of vitriol, abuse, and downright awful people that could barely qualify as human beings. Of course, it’s not all bad. You’ll likely find someone nice enough, some funny tweets, some cute pictures of cats – something that makes you think, “Wow, this site sure is great. I hope I don’t look at the replies of this harmless meme and find an infestation of racist MAGA morons, transphobic assholes, Elon Musk ass-kissers and American gun lovers more concerned that a Black person could be seen anywhere in the world or that women might have autonomy over their own bodies than the fact that their children are being shot to death every other day at school.”

Whoops, got a little side-tracked, but don’t worry! These are only a fraction of the terrible people you’ll meet on Twitter. Not only can you experience racist and sexist abuse for free, but you can also venture into the nihilistic trending section – covering every awful event happening in the world all at once, and if you don’t inform yourself on every single bad thing happening at every hour, remember, it’s all your fault. That’s right folks, by signing up to Twitter you become personally responsible for the steady progression to the demise of our planet, so you better start sharing all these appalling events to your innocent followers to increase your and their levels of depression and anxiety – but it’s all for the good of the world!

Even if you manage to avoid all the horrible stuff, you’ll have a fantastically dreadful time trying to find a community focused around something you enjoy without finding people more obsessed with whining and complaining about that very subject. Enjoy Star Wars? Good luck going one tweet without seeing someone that hates Black people showing up in their shows or movies and in fact spends all day tweeting about how Disney has done the equivalent of murdering their family in front of them by making a few films. Enjoy anime? Have fun finding people that aren’t sexist, creepy perverts that simultaneously judge every other user for their tastes as if their enjoyment of specific anime in particular makes them superior beings.

Oh, you enjoy music? Great! I don’t even need to tell you about the rabid zealots that’ll soon show up in the replies of every tweet with their irrelevant fancams, childish insults towards other artists, and obsessive need to tell you to stream their favourite artist – who even if you already enjoyed, you’ll suddenly never want to listen to them again. I hope you also love seeing just the absolute worst copy-pasted dogsh*t digital art be regurgitated all over the place – yes, NFTs! How exciting, and definitely not an utter pyramid scheme of scams and stealing actual art and repurposing it under the premise of freedom for artists. That’s right, you too could buy literally the receipt of the worst art you’ve ever seen, destroy the planet, and get scammed out of all your money all at once!

If you’re still interested in hopping on the good ol’ bird app, don’t worry! We’ve also got incessant coverage of every single action a celebrity does throughout their daily lives. Including, but not limited to: invasive photos of them with their partners, every single sighting of them in public from the day they were born, and a complete record of everything they’ve ever said or done in case it needs to be brought up to cancel them should they differ from the norms of internet society. And speaking of, be extra careful you don’t state your opinion on any subject, no matter how small, you will be misconstrued and persecuted on the miniscule chance of you meaning something completely opposite to what you said. See below for the prime example! 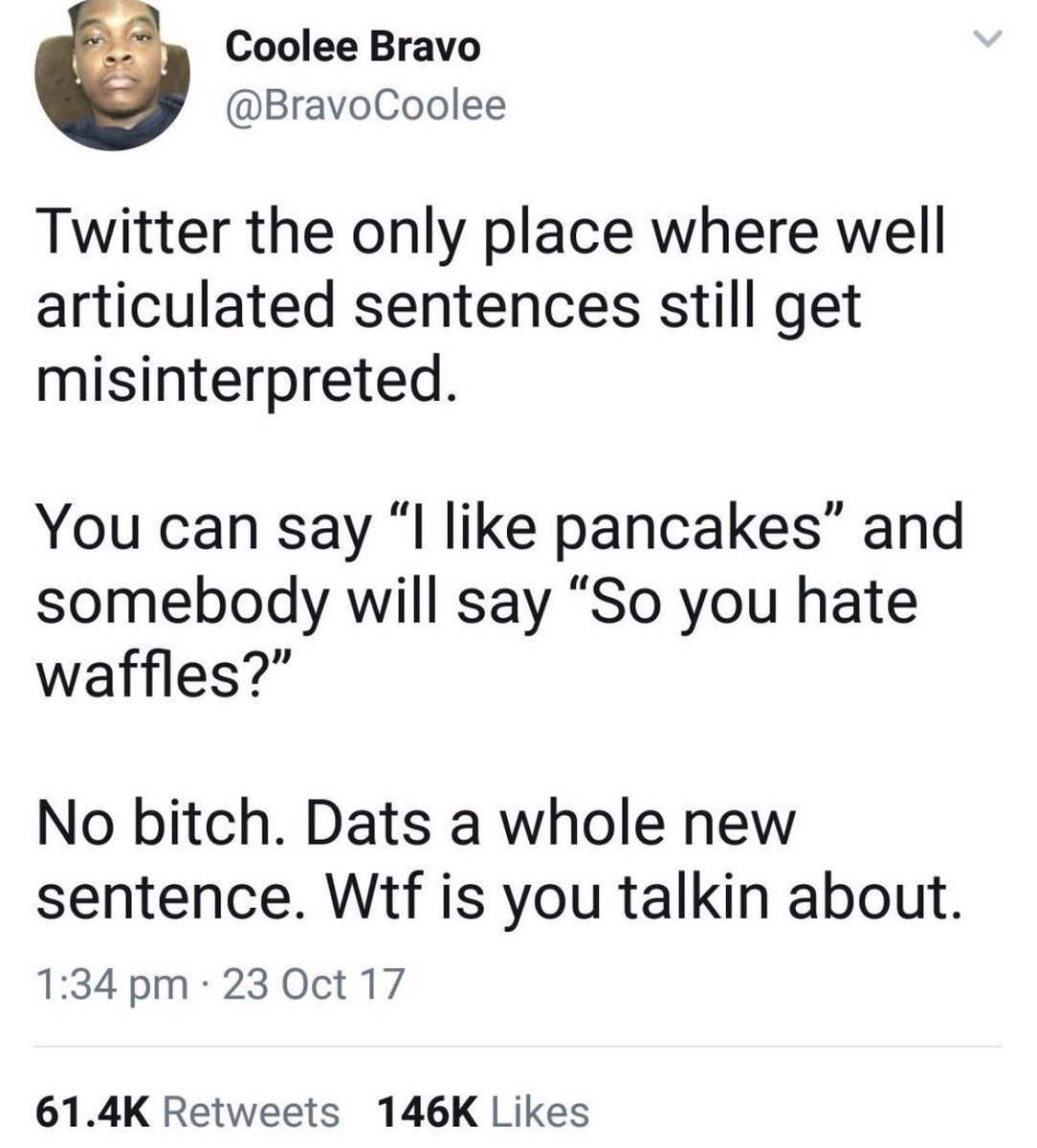 So, if you truly want the best Twitter experience possible, here’s my recommendations. First of all, delete the app. Failing that, liberally, and I mean as freely as the US is trying to oppress women, minorities and LGBT communities, use the block button. If someone so much as seems off to you, delete them from your digital plane of existence. There’s very little purpose in reporting people or tweets, as evidenced from the numerous emails I receive telling me that someone literally identifying as a Nazi in their account bio and regularly using the N word against other users is in fact not breaking any of their rules.

No matter how safe and fun a community may seem, you will need to use the block button sooner or later, and you’d much rather just remove all annoyances as soon as possible. Some users seem to think that they win whatever made up argument in their head when you block them, but the reality is often that I couldn’t even be bothered to be annoyed at them – and that is how truly worthless their sad life is. Deprive the fool of the attention they desire and they’ll simply become nobody again.

In some degree of seriousness, Twitter truly isn’t an enjoyable place to spend your free time. You can cultivate it to be nice and funny, to block out all the scum of the internet, but all the terrible parts seep into your space eventually. The most irritating part is that you often find yourself returning to it, for no particular reason at all. You’ll open it, check some stuff, close it, then open it 20 seconds later like it’s a fridge. If you are still using the app, like myself, being the hypocrite that I am, stick to your own timeline, don’t ever go into the replies of a popular tweet, and don’t even touch the trending page. As a wise man once said, “You will never find a more wretched hive of scum and villainy.” I mean, the quote may as well have been about Twitter.