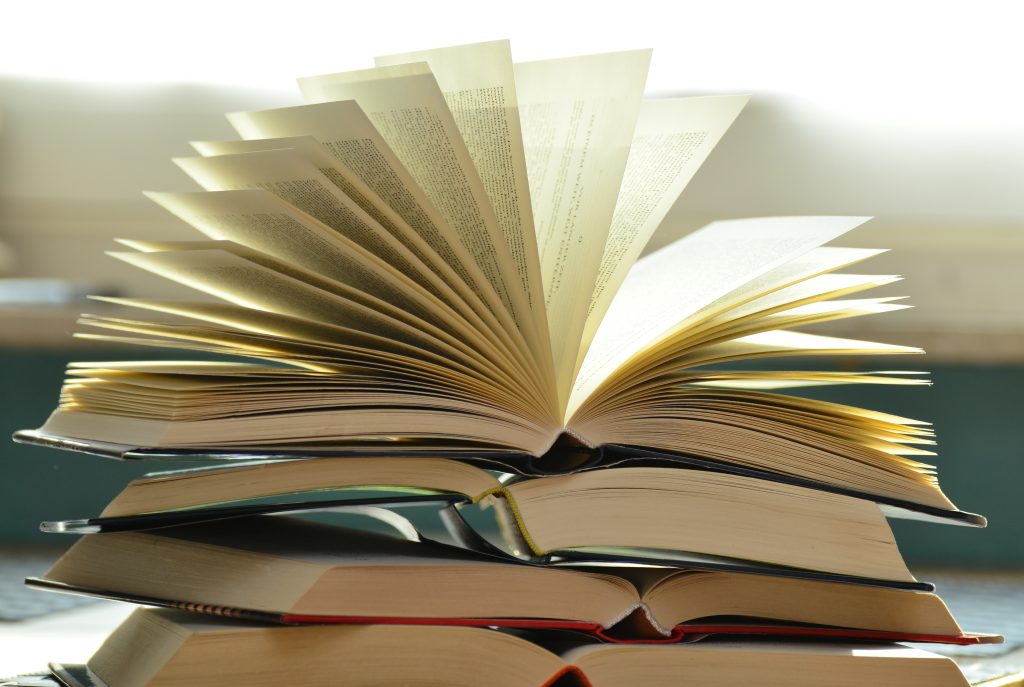 (Minor spoilers especially for the beginning)

A River Enchanted is a recently released adult fantasy novel written by Rebecca Ross and is the first book of The Elements of Cadence duology. The author is known for usually writing YA (Young Adult) fiction, with titles such as Dreams Lie Beneath, The Queen’s Rising and Sisters of the Winter Wood.  Her experience in writing is evident in A River Enchanted, her most recent work and adult fiction debut, where she aims to renew classic tropes, and entangles fantasy with political intrigue and a sense of mystery throughout the story. A River Enchanted has a Scottish-inspired setting and the charming, but slightly familiar, culture aids to tell the story of the fantastical island Cadence whose people have been cursed, leaving the land torn in two.

The Isle of Cadence has been split into two controlling clans: The Breccans of the West and The Tamerlaines of the East who live in different realities.  The Breccans wield magic themselves, but the land and spirits are hostile towards them, making their day-to-day lives harder. Tamerlaines on the other hand weave magic into objects at the cost of their well-being and health but they, unlike the Breccans, have a bountiful land and mostly friendly relationship with the spirits.

Jack was sent away from Cadence by the Tamerlaines when he was 11 years old, consequentially training as a bard at a regular university. After a decade, he makes the dangerous journey back home after receiving a letter from the ‘Laird of the East’, who turns out to be his childhood rival Adaira, the laird’s daughter. There are strange things happening on the island and the spirits have kidnapped two young girls, and they need to find out where they are and why they were taken. The spirits only answer to a Bard’s song, so Adaira is hoping Jack will be able to help her draw them out and convince them into returning the girls. As Jack and Adaira work alongside one another, their rivalry turns to friendship and slowly becomes something more. As they investigate the mystery it becomes clearly apparent that the troubles the island is facing are more sinister than expected, and a secret about the isle of Cadence could mean the end of them all.

This novel, as most are for me, was a mix between good and bad. There were parts I liked and parts where I felt the story under-delivered. First with the good.

Rebecca’s writing style and prose are delightful and enchanting, her descriptions of settings and characters and actions have to be the best part of the novel for me. She’s able to balance simplicity with detail perfectly allowing the story to give off a sense of magic whilst being easy to understand. Her writing really helps with the overall whimsical but slightly frightening feel of the story which perfectly matches the tone of the Scottish folklore that she’s referencing: beautiful but dangerous. The magic system was also great. It was interesting to see magically enchanted songs, items and clothing being seamlessly incorporated into the world and story. The magic system leans more towards a ‘hard magic system’ where doing certain enchantments has a very clear cost that the characters have to work out. Using too much magic for the Tamerlaines has a physical cost and it’s interesting to see Jack have to deal with being physically weakened every time he plays a song to the spirits. The mystery part was also done well. There were certain predictable parts, which in my opinion is good for a mystery to give the reader the gleeful feeling of being right, and a certain twist that I didn’t see coming at all and got me quite intrigued to read the next book.

Now for the not-so-good. This story has some pacing issues. When I read that this book was going to be a mystery and have an enemies-to-lovers romance, I was prepared for a slow-paced story. But certain things in the book like relationships and character growth can feel fast-paced which awkwardly contrasts with the slowness of the plot. For example, at the beginning of the story, Jack has a complicated relationship with the isle of Cadence and his mother since he was sent away and has a whole life back on the mainland, but this complicated feeling is all but mostly reconciled by the first few chapters. It would have been better if he had kept these emotions throughout at least half or most of the story, as it would’ve helped make his relationship with Adaira and the isle more complex and matched the slow pace of the rest of the plot. Also, the relationship in this story, although cute and romantic, was somewhat underwhelming due to some set expectations. The book sells that it’s an ‘enemies-to-lovers’ romance, but it isn’t really in my opinion. Jack and Adaira were more like competitive rivals as kids rather than sworn enemies and all they did was tease each other. When they reunite, they go back and forth with some banter which very quickly turns into a romance. For me, enemies-to-lovers has to be a bit more extreme, as in the two characters have opposing views, morals and goals making them actual enemies. An extraordinary circumstance may bring them to see eye to eye and the resulting partnership slowly grows from mild tolerance to romance. But even in the beginning, Jack and Adaira did not really clash with each other in such an intense way and their romance was pretty fast-paced, especially when compared to most enemies-to-lovers cases where the trope kind of necessitates a ‘slow-burn’ build-up. There’s also a secondary romance plot between two other characters, Torin who’s the chief warrior of the East, and Sidra who’s a local healer. Their relationship is pretty one-dimensional and didn’t add much to the story at all. But it does have the potential to get more interesting in the second book due to a secret that Sidra is hiding. I think this novel could’ve been shorter and some scenes could’ve been cut out which would’ve helped fix some of its pacing issues whilst still telling the same story.

Overall, I’d highly recommend this book to people who are big fans of whimsical magical tones and good prose. It has an interesting and mysterious world and a great magic system, but the relationships can fall a bit flat, and it does have some pacing issues. I rate A River Enchanted a good 6/10.