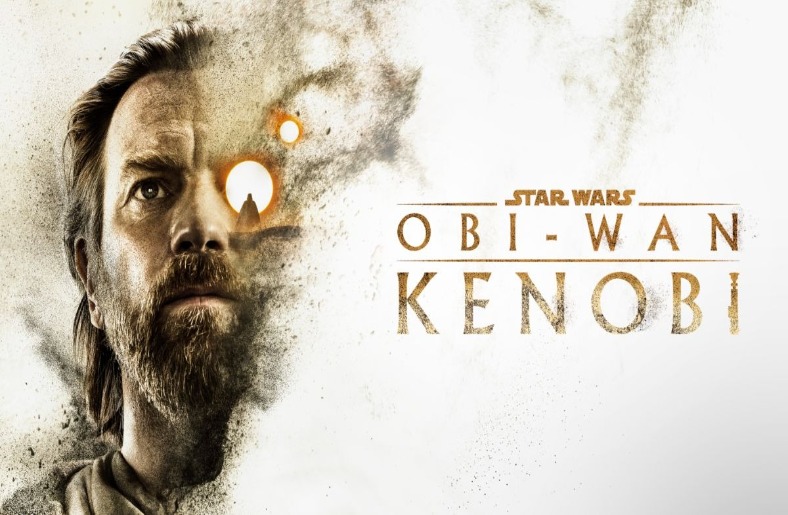 After another great year for Star Wars and the fanbase it was finally time to watch and digest one of the most anticipated shows of the year. Personally, after the trainwreck that was The Book of Boba Fett, I felt this had a lot riding on it. While I have been a fan of the films and any media around Star Wars practically my whole life, I feel at this moment in time it is being mishandled and this to me was a prime example. This article contains major spoilers for the show so if you haven’t already, please go watch it.

What I felt worked

The overall premise of the series was fine, and the moment-to-moment action and story flowed nicely which helped add to the blockbuster presentation. There were great action scenes throughout, many including Obi Wan and Darth Vader. Like the prequel trilogy, the fights are very well choreographed and line up perfectly with what was used, regarding lightsaber combat.

It was also amazing to finally see the return of Ewan McGregor and Hayden Christensen as their iconic characters, but for that reason I shall elaborate on something that felt off later. Ewan really gave it all being back in the role as the titular hero, which really shone through, with the change of his character being in hiding and not the commander we once knew. Really gave him and the story time to get him back to where he was previously.

Haden Christensen surprisingly to me was great, both in flashbacks as Anakin as well as when he is suited up as Darth Vader. This is the first time he got the chance to fully play the role and I feel it was done with justice. James Earl Jones also came back to reprise his role as the voice of Vader, which I feel was the only option. Because if it was another voice, it would just sound wrong and to some extent would hurt the final product to long-time fans. Bail Organa also played a decent role in the series being played again by Jimmy Smits, which with the other actors coming back really helped connect the movies and the characters to this show.

The show, while being quite stingy with it, gave us flashbacks on more than one occasion. Showing us glimpses of things we only wished to see in the series. While I admit during the wait, I thought for certain there would be a scene or two showing flashbacks to the clone wars, but unfortunately that was not the case. Instead, we got flashbacks to order 66 specifically from the Jedi temple. If you are a Star Wars fan you know where this is going, but it was amazing to see Anakin’s attack on the temple again from a different view. While it is a senseless and brutal scene, it was weirdly nostalgic and comforting to see, I guess because it was a call back being used in a smart way or just because it was something from my childhood. Either way this scene worked great.

There is also an episode where its plot follows and mirrors a fight that Obi Wan and Anakin had years prior. At multiple times during the episode, it will flashback to this training fight at times where the plot aligns. For example, Anakin in both has Obi wan cornered and due to his arrogance lets his guard down and loses the upper hand. Showing Obi Wan’s mentality then and even now is the only thing that helped defeat Anakin. Proving to him and the audience anger, arrogance and violence can only get you so far.

During the 6-episode run they also got plenty of chances to throw in many references and Easter eggs which helped to weld this new media with the old films. There were many big and small Easter eggs and there were bound to be many I missed, but my personal highlights were, seeing C3PO for a second, the distress beacon used is like the one Leia appeared on in the original trilogy, a reference to many other Jedi, the best being the comment about Quinlan Vos, and many more. While many were missed, these were the few. I realised just by watching through normally, which for even less enthusiastic fans, would cause a smile.

What I had a problem with

While watching the show I couldn’t help feeling like something was off or missing, but now with more time to think about it I realise there were many issues with the show. While none are out right deal breakers, they all combine to cause more than a little problem for me and to be honest could have been changed or easily avoided.

Mainly being the overuse of Leia. In the original trilogy Leia is a main character and is honestly one of the best in the trilogy. She is brave and doesn’t shy away from danger, but in the show, this is turned up to a million. While only being 10 in the show she is way too over useful leading to her being involved in most of the solutions for the various problems. While many may not mind this, I find it baffling, due to there being no previous mention of any of her antics in the proceeding adventures, all that she does here feels like a retcon. While yes, she was always resourceful but here it’s too much too soon. And on the flipside, Luke’s involvement is next to none. He is a major part of the narrative but only serves as the target or for the heroes as someone to hide and defend. I feel both could have played next to no role in the show’s narrative and I believe it would have benefited greatly. To me they were added in to appease and cater to fans of the original trilogy.

Overall, the show from the jump has amazing production values and is shot and edited to perfection but for some reason it didn’t scratch the itch I hoped it would. Like I said previously, to see Ewan back as Obi Wan is almost a dream come true, and something I and many others have been waiting on for years. But personally, I just feel there is something missing. When I started watching I was so hyped and excited but as I watched and got through it my initial feelings faded. I became more bored and for some reason weirdly frustrated and to be frank, I don’t really have any idea why. The only thing it could possibly be is just me raising the bar and standard. I expected it to be higher than it should be, ballooning my expectations for the show and to be honest I don’t see myself being the only one.

Growing up with Star Wars and specifically the prequel era, this show had such an opportunity to show us more of that era, but hardly gave us anything but what we have already seen. As I said earlier it was great to see the temple attack again but at most it felt like just a new angle. I feel as if the show was obligated to show us a tiny amount of the clone wars but to mine and probably many others’ disappointment, nothing was here. Which I feel is the reason I felt dissatisfied and left asking for more. The way it ended also tied up the story nicely, so we are likely to never get another season to flesh out the period it was set, leaving me empty handed and frankly slightly let down.

After being excited and let down twice in a row with Boba Fett and now this, it has really made me sceptical and question the quality and care put into the upcoming Ahsoka series. Making me honestly quite nervous to see how they will treat one of my favourite Star Wars characters. Which in turn makes me question anything Star Wars related in the future. The latest trilogy and these last 2 shows really show the weakest side of Star Wars even when it comes to their most popular characters such as Obi Wan. Proving no one is safe and that you shouldn’t expect too much of any Disney Star Wars product for the foreseeable future.

Somehow even though I have said more negative than positive please understand I really enjoyed the show, it just didn’t hit the mark I expected it to. And to be honest I can’t decide if I put too much on it, or if it truly was bad or if I’m just getting old of Star Wars, truly I do not know. But I do know that I love these characters and would love to see them done right and used correctly, but unfortunately with how Disney treated Boba Fett, the future does not look bright at all. Please if you enjoyed and disagree completely feel free to let me know.