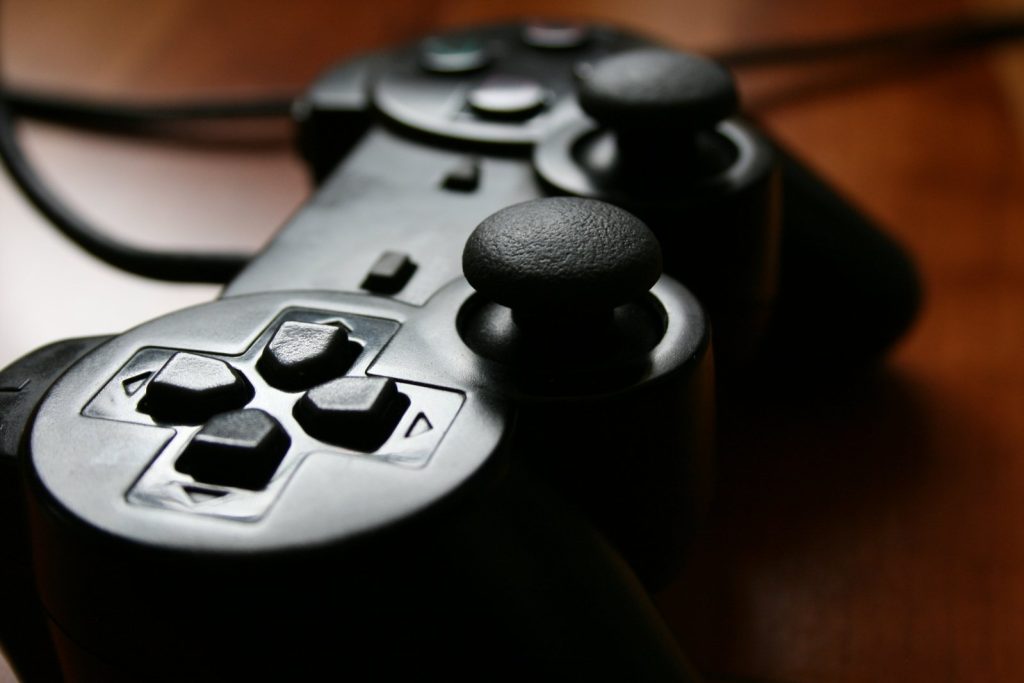 Most people born in the latter half of the 90s and the early 2000s that played games often will probably tell stories of their favourite PS2 games. Grand Theft Auto, Final Fantasy, Metal Gear Solid, Kingdom Hearts, God of War – all fantastically popular game series, but none of which I actually played. Well, perhaps a few attempts at San Andreas as a kid, but my preferred game library was away from what I thought to be popular. Much of that is thanks to my older brother, who owned basically 90% of all our PS2 games, meanwhile, I’d occasionally get one new game as a birthday or Christmas present.

I think we’re spoiled with choice in games now, but that old recognisable joy of revisiting your childhood games is unbeatable. Back then, with one or two new games you received a year, you had to savour your favourite games over and over, making it quite impossible to ever get tired of them. Nowadays, I’ll finish a game and then won’t feel like playing it ever again – if I do finish it in the first place.

But I digress, we’re not here to complain about the new, but to cherish the old. 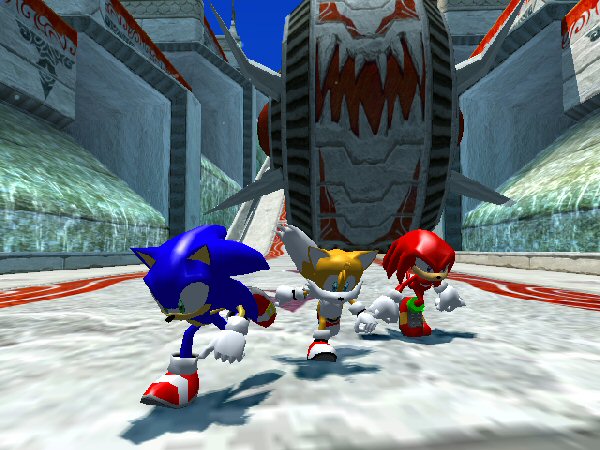 Where else to start than with such a cherished game within the massive Sonic franchise. I can sadly say that the game doesn’t quite hold up as much as I’d like it to now. For one, the controls are infamously slippery, leading to the slightest flick of your joystick hurtling your favourite anthropomorphic characters off a cliff or into a face full of spikes. One–quarter of the game (Team Chaotix, as opposed to teams Sonic, Dark and Rose) has you doing either overly difficult or very tedious missions, rather than the typical goal of ‘get to the end as quickly as possible’.

Having said that, the game is unapologetically nostalgic and so much fun for me. My smooth tiny pea brain is very easily pleased you see, and Sonic Heroes is no exception. I still listen to the soundtrack to this day (all of which is on Spotify, you’re welcome) and just bask in the cheesy goodness. It feels just like yesterday that the summer holidays had started, when I’d boot up the PS2 and pop in the disc, watch the authentic intro, get straight into the first level and just listen to this track. That was the life. 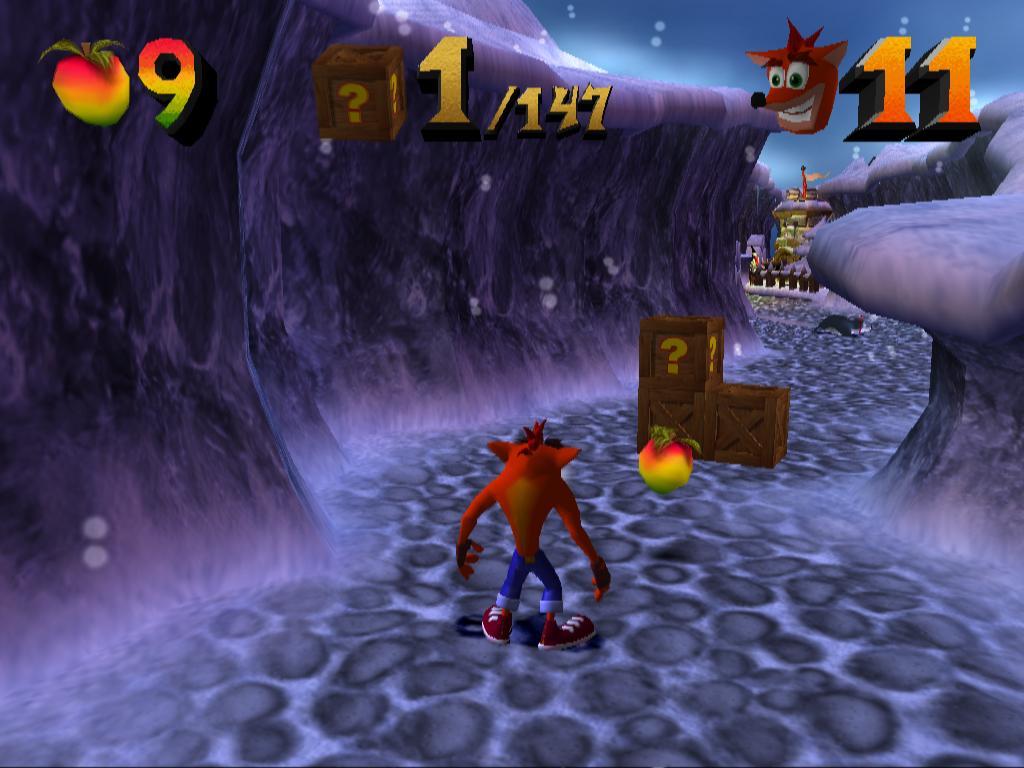 Looking back on my selections, I’m wondering if I’m picking games for their gameplay or soundtracks. Needless to say, this game was fantastically fun and frustrating as hell. It’s amazing how much content these old games had, and while I never played the Crash Bandicoot trilogy before this game, I imagine they have just as much to play. Most memorable to me were the boss battles and the other masks introduced, all of which were pretty hilarious as a kid. And as I said before, the soundtrack is phenomenal and certainly the highest highlight of the game for me – that title track is wonderfully addictive in particular. 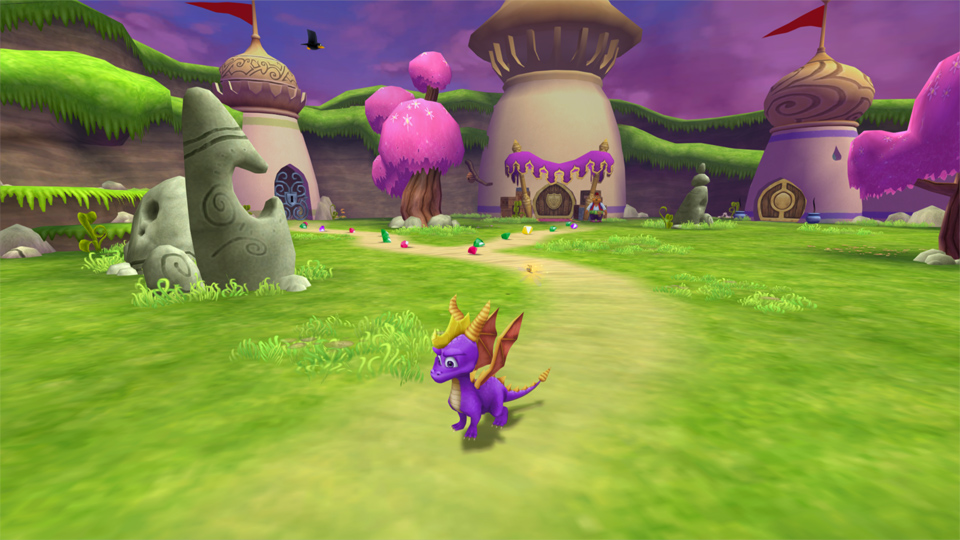 We were all waiting for a Spyro entry, weren’t we? Hopefully? It’s far too difficult to pick a favourite Spyro game, and much too great a task to talk about the games within the confines of a single article – another article to talk about the series is a much greater possibility. A Hero’s Tail comes after the mess of Enter the Dragonfly, a game so unremarkable that even as a child I recognised how unfun it was. So this sequel felt even more amazing than it was. Rather than the separate levels and realms of past games, this world was all connected, and allowed the player to freely explore as much as they had progressed.

The gameplay was reminiscent of the classic games, and yet inventive and provided so much more – even minigames and sections allowing you to play as other characters. As always, the dialogue with miscellaneous characters is particularly funny, complementing the overall charm of our favourite purple dragon. And yes, of course, the soundtrack is spectacular. Did you expect anything less from a Spyro game though? Apparently, this game’s OST was created in the six weeks leading up to the release of the game, to replace the in-place one the studio thought wasn’t good enough. Pretty amazing. 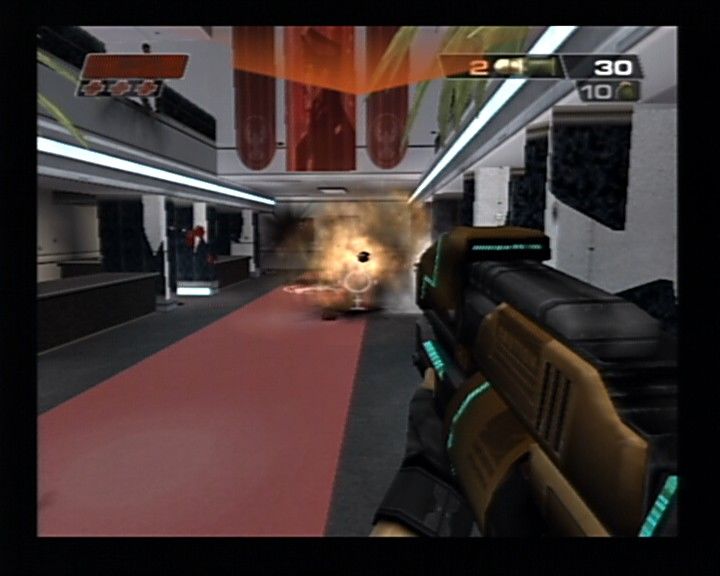 “The world has abandoned us. We fight alone, against an insidious enemy, an enemy who would destroy the commonwealth!

The title screen’s speech is pretty much embedded in my mind forever, but I never understood it as a kid – and for good reason; the story and themes of this game were much more mature than anything I’d played. Red Faction II holds a lot of significance to me, as the first FPS game I ever played, it remains my favourite to this day for the countless hours my siblings and I put into the multiplayer. The guns were fascinating, the destructible environments felt completely innovative, and of course, the multiplayer maps were endlessly fun.

Unlike the other entries on this list, the entire Red Faction series is readily available on Steam and modern consoles, and this entry holds up fantastically well, with a lot of added silly fun from cheat codes in the campaign. God, remember cheat codes? 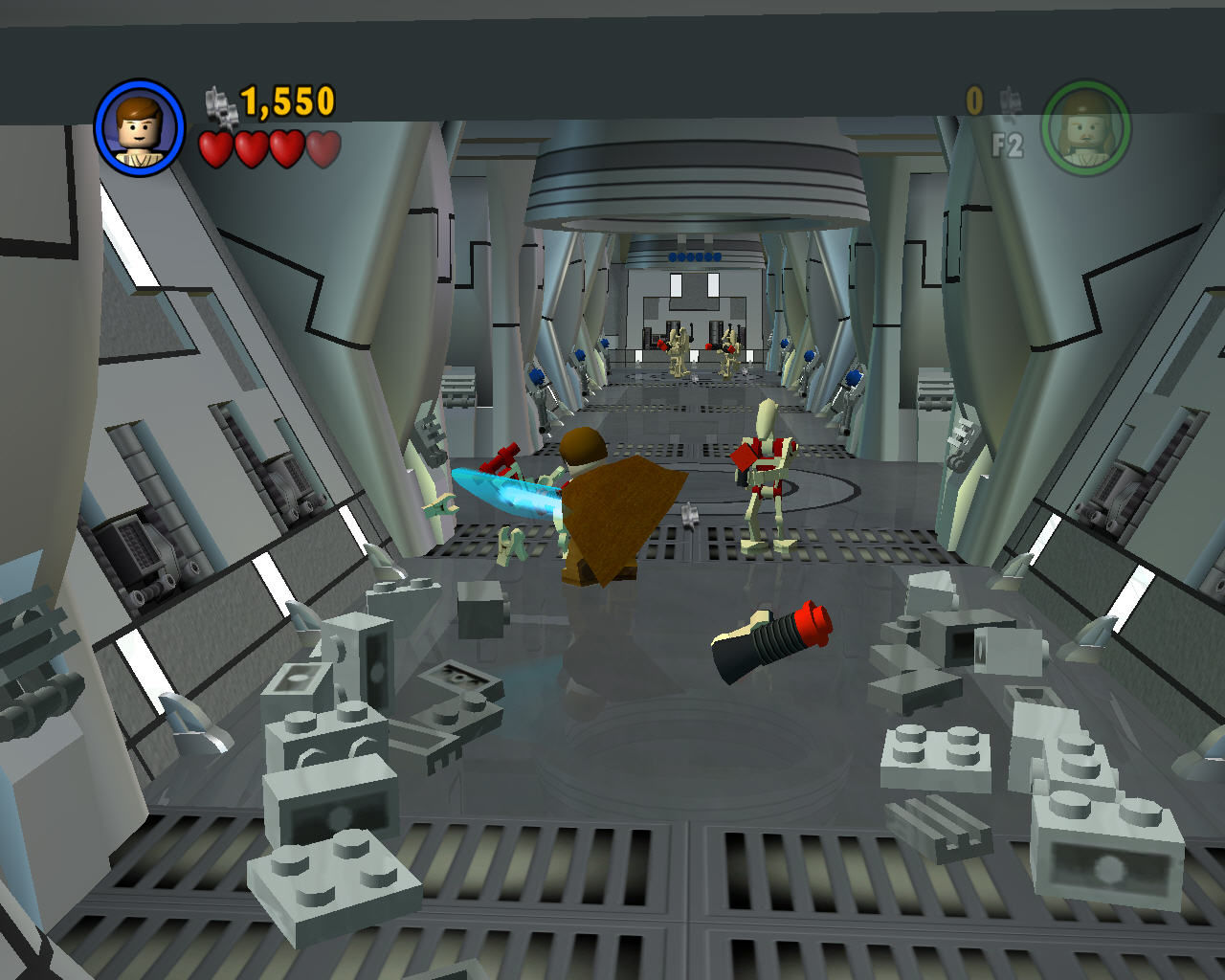 I couldn’t choose just one of the two games, and I never played The Complete Saga on PS2, so that felt like cheating a bit. Lego Star Wars: The Video Game and The Original Trilogy were some of the most fun I’d ever had playing games. I know those two games inside and out, every little puzzle and collectible, what to do at every step of every level. I would recreationally 100% complete these games even as a kid.

The Skywalker Saga’s release earlier this year was so highly anticipated, and even though it blew all my expectations out the water, there’s something so simple and perfect about its progenitors that makes me appreciate them more. The Lego game formula is timeless, and I truly believe even in 30 years these games will still hold up monumentally well. 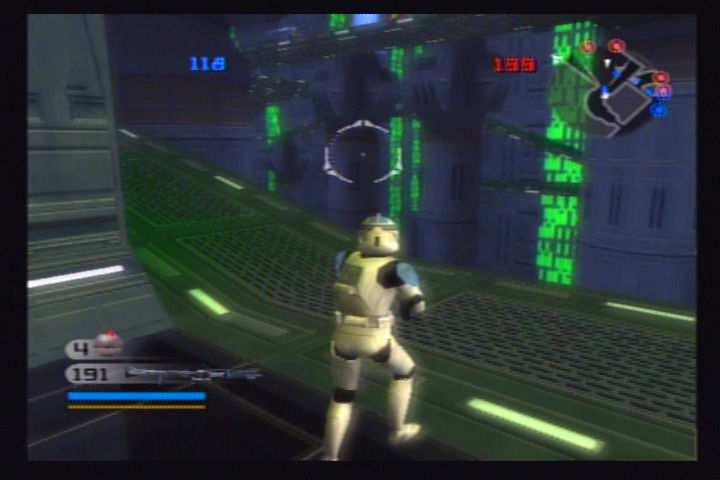 I think it’s safe to assume that if you’re a Star Wars fan, like me, you’ve probably either heard of or played this game yourself. It’s frankly legendary, and there’s not much I can say about the game other than that it has been, and quite remains one of my favourite games of all time. Battlefront II is a 3rd person shooter that was released alongside Episode III, with the game’s campaign having you play as the clones of the 501st Legion, fighting iconic battles seen throughout the many worlds of Revenge of the Sith. Halfway through the campaign, you experience the pivotal betrayal of the Jedi and assault the Jedi Temple, from then on playing as Imperial Stormtroopers.

There are 4 main classes and two special units for each of the 4 factions, being the Republic’s clones, the Separatists’ droids, the Alliance’s rebels and the Empire’s Stormtroopers. Each faction has their own multitude of land vehicles and tanks, as well as 4 unique starships in space combat. There are numerous heroes and villains for each side also, with powerful Jedi and Sith such as Luke Skywalker and Darth Maul, to ranged heroes such as Han Solo and Jango Fett.

Put simply, this had everything I could have ever wanted from a Star Wars game, and more. The famed Galactic Conquest mode had you traversing the galaxy against an opponent, invading and fighting for control over different planets, engaging in battles in space that you personally command and experience first-hand – it’s unlike any other Star Wars game out there to this day. Running to the hangar of your capital ship, getting in a bomber ship and unleashing havoc on the defences of your enemy’s fleet, before landing inside their hangar and sabotaging it from the inside? That’s unmatched even by the 2017 reboot. Becoming a Jedi or Sith and pushing them gradually back while you conquer each post, until you have them with their backs to a wall and finally claim victory? Priceless.

This game isn’t without flaws, like any other, but it’s a perfect experience to me. Above all other entries, this one will persist as my favourite game of all time.