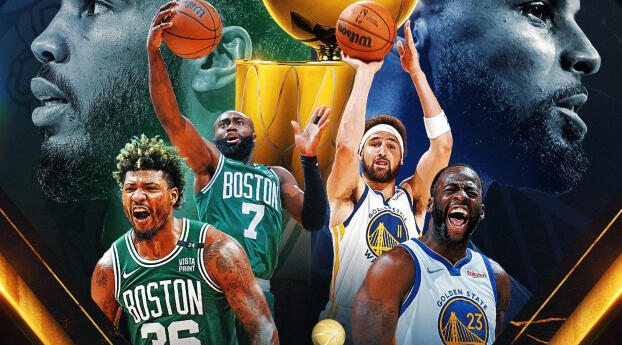 This year marked the 75th anniversary of the NBA, which is a truly historic landmark for any organisation. While being a great season, the play offs really came with a fury this year, making for some of the most entertaining play offs and finals to date. My team, the Charlotte Hornets, were knocked out in the play ins, leaving me to support the Mavericks and the Bucks. Which were both, unfortunately, getting bounced before the finals.

How they got to the finals

Boston on their way to the finals swept the early favourites in the Brooklyn Nets, before knocking out the reigning champion Milwaukee Bucks. After beating the champs, Boston found a way to beat the very good Jimmy Butler-led Miami Heat in 7. Cementing them as the team to beat in the play offs, and arguably with no real competition to face to get the championship.

Meanwhile, Golden State were not among the favourites at all, but they were determined to prove everyone wrong. The Warriors eased past Jokic and the Nuggets in the first round which then matched them against the Grizzlies. They got past them winning 4-2 but suffered an embarrassing blow out defeat without star Ja Morant on the court. Despite one set back they managed to brush past Dallas and their star man Luka Doncic without much trouble. This to me was an absolute shock, Dallas just knocked out the best team in the league this season in a gruelling and entertaining 7 game series just to be brushed aside by, on paper, a much worse team. After this, I was sure that Boston would easily make their way through the Warriors to get their first championship in over a decade. But damn was I wrong about that. 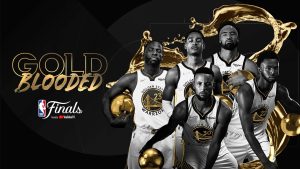 Boston took game 1 in San Francisco to give them a great chance and sense of hope, meaning they only needed 3 more to win the whole thing. They used a 17-point run in the 4th quarter to earn the impressive road win. Al Horford led them getting 26 points, 6 rebounds, 3 assists and a steal in only 32 minutes, followed by Jaylen Brown scoring 24 and Jaysun Tatum only scoring 12 but getting 13 assists. While not a big win, it was a great win on the road for the Bostonians and really gave them something to fight for. Warriors understandably were annoyed with the loss, especially with Curry playing extremely well, scoring 34, getting 5 rebounds, 5 assists and 3 steals which somehow was not enough to help get his team the win, which ended 120-108.

After game 1, the Warriors were desperate to not lose another on their home court and win they did. While close at half time, the Warriors went off in the 3rd quarter going on a 25-2 run and winning the quarter 35-14. This really took the steam out of the Celtics and helped Golden State to close out the game. The Warriors shot a great 45% from the field, while Boston only managed below 38%, but it wasn’t just the scoring that helped the Warriors win. It was their work in the turnover battle, they had 12 while Boston turned the ball over 18 times. Which was helped by the 15 steals they recorded. They also outscored Boston 40-24 in the paint which added to the all-round outclassing of the Boston Celtics ending in an 88-107 win for the Warriors.

Game 3 was in Boston and was due to be a great game. The Celtics got the win in the end winning 116-100 led by a great Jaylen Brown performance. He scored 27 while rebounding 9 and getting 5 assists, which was also backed by a great all-round showing from Jaysun Tatum, putting up 26 points, 6 rebounds and 9 assists. This really helped get the Celtics the win and helped them take the driving seat in the series making it theirs to lose. Despite losing, Stephen Curry and Klay Thompson had amazing games scoring 31 and 25 respectively, but ultimately didn’t get the support from their team to get the win. While not being down and out, Golden State had a lot to do to get their hands on the legendary trophy.

After the loss in the previous game, Steph Curry and his Warriors came out fighting. While Boston was winning at half time 54-49, Golden State showed their character by staying in the game and getting a late run to win the game. Curry had an amazing game getting himself another 30 plus playoff game and a double-double, scoring 43, getting 10 rebounds and 4 assists. Which helped bring the team back from being down at half time to win the game and tie the series 2 games apiece, leaving the series perfectly poised. Jaysun Tatum and Jaylen Brown also played great games but simply couldn’t do enough to get another win past the underdog Warriors. 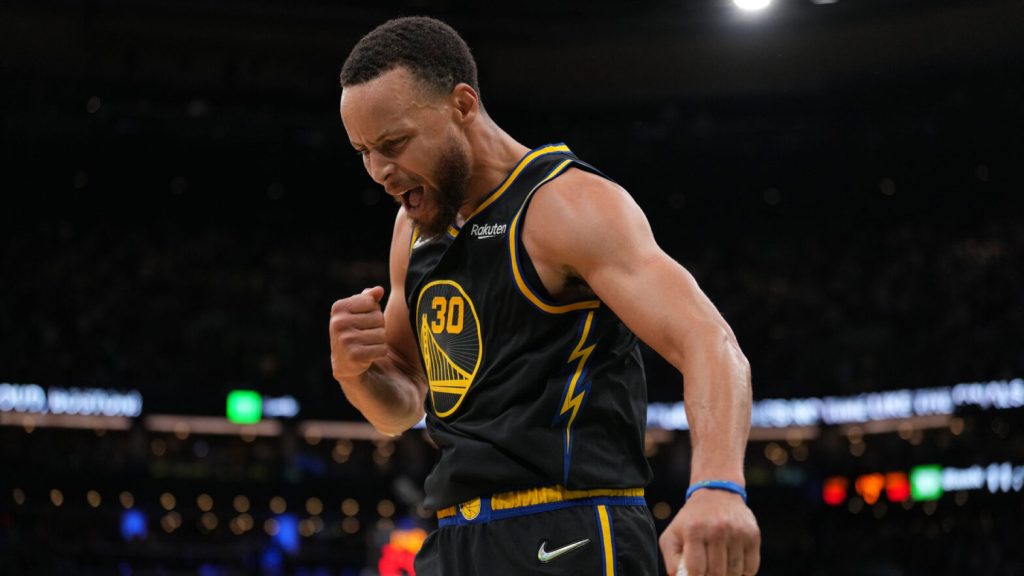 Game 5 was back in San Francisco, so was in the Warriors’ hands to take the lead and after the first quarter, they were 11 up 27-16. But by the 3rd quarter, the game was tied up again and was due to be an amazing 4th quarter to end the game, but early in the quarter, the Warriors leapt out to a 10-0 run and never gave Boston a chance to get back into it. Jaysun Tatum did everything he could to inspire the team to win, scoring 26, rebounded 10 and assisted 4, but the Celtics just didn’t have the steam to keep up with the late onslaught of the Warriors. Steph Curry also had an uncharacteristically bad game, shooting 0/9 from 3pt range and only managing to put up 16 points but getting 3 rebounds, 8 assists and a steal. While not amazing, it was enough to help get the win, Wiggins also chipped in big scoring 26 and getting 13 rebounds which really helped secure the win at home for the Warriors.

The Warriors then went to Boston to close out the series and put a bow on their underdog run to the finals. Me and everyone else doubted them the whole way. Especially against the Mavericks and the Celtics, on paper, they have the worse team for definite but on the days, they really showed up and proved their worth and their legacy of being a title-winning team. They clinched the finals in a great game 6, with the Celtics giving it their all but coming up just short. Jaylen Brown really popped off in the final game scoring 34, rebounding 7 and assisting 3, but Tatum shrunk from the occasion only scoring 13 and assisting 7. He really did not appear when called upon and let himself and a great season down by ending on a subpar performance. But it just was not meant to be. Curry again went off scoring 34, picked up 7 rebounds, and got 7 assists ending off an amazing finals series. Curry, after winning, was overcome with emotion, winning his 4 ring out of the last 8 years cementing his position among the greatest of all time. He is undoubtedly the greatest shooter of all time, but now is also one of the greatest championship winners ever. He won finals MVP for his outstanding series adding to his almost endless individual accolades. Making him, without a doubt, one of the most decorated players of all time.

Again, I was shocked to see the Warriors win but in the context of where they were only 2 years ago, it is quite an amazing turn around. They were one of, if not the worst team in the league, but a couple seasons later they are once again at the top of the game. With great picks and great trades helping bolster their already great team, it helped Steve Kerr and his Warriors to another ring. This truly is the greatest comeback of an NBA team ever, from where they were only a couple seasons ago to be on top of the entire league today. Which is an almost impossible and awesome feat.

This year truly shows how unpredictable the NBA is, and no matter how long or as much you have watched you can never predict it. The Nets who were odds on favourites at the start of the year to win got swept in the first round. The Warriors were among people’s lowest pick to win the finals. This year was a historic and great year for basketball and I and many other fans can’t wait for the next season to get under way.

How Yellowjackets Tricked Me Into Caring