The Boys: Brilliant but unwaveringly Brutal 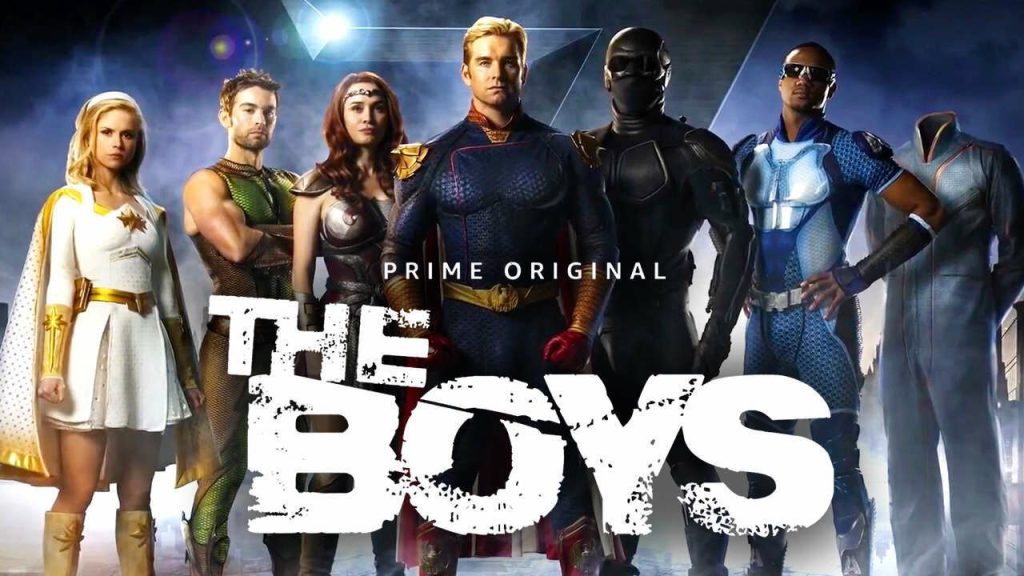 The franchise and this article contain very gruesome and possibly offensive content. Consider this your trigger warning.

Before going any further, this article is an overview of The Boys series in its entirety, which includes the comic book series, the TV show and the animated spinoff show. So, consider this your spoiler warning as I will be talking about a lot of major events and storylines in the series. You have been warned.

The Boys is an American comic book series written by Garth Ennis and co-created, designed and illustrated by Darick Robertson. It was originally published by Wildstorm and debuted in October 2006. While being an amazing series it only had a brief 6 year run concluding with its 72nd issue in November 2012, ending one of the most sick and twisted amalgamation of heroes and stories to be published as comics.

The story follows a group of normal people trying to fight back against the superpowered and the company that controls them. They all had a run in or had someone they love killed or maimed by a supe causing them to hate and push back against them and the Vought organisation. While being very much so inspired by other comic book companies and characters, The Boys really stands out from the rest due to its extremely adult storylines, its use of gratuitous and sickening gore and its ability to shock anyone with its tone and delivery. I feel I am desensitised to gore and adult content, but The Boys has shown me that even I have things that disgust and make me uncomfortable. I know by how I described it, it sounds like a sick and demented series of comics and be aware it can be, but I think this is such a positive for it. It helps it stand out from any of its contemporaries, making it truly one of a kind.

The comic really isn’t for the weak stomached individuals, but really delivers to those who can put up with the very controversial content. Before going any further, the series tackles very hard and controversial topics such as racism, sexism, rape, abuse and much more. I know it may sound depraved, but I feel tackling such shocking subjects shines a light on these issues, even if at times it’s handled poorly. When they were adapting the comic for the silver screen most things had to be cut or changed because they simply would not get away with doing it in live action. For example, Black Noir in the comics is much worse than he is in the show and is pretty much a completely different character.

In the comics, Black Noir is a clone of Homelander and is the one to blame for all the terrible things Homelander is being blamed for, while in the show Homelander is to blame for his own actions. Them doing these changes how most of the major plot points turn out, but as of now everything in the show has worked to perfection. Some things that Black Noir or “Homelander” do in the comics are understandably left out of the show and most noticeably, the time Black Noir eats kids for fun. Yes, you read that right, or the time he sexually assaulted Hughy. In short yes, the show is grotesque at times but is nothing when being compared to its inspiration.

The show debuted on 26th July 2019 to a great reception and has steadily been getting better and more popular as it has gone on. With season 3 almost at an end it is great to see how far the show and the franchise in general has come. While the comic had its fans, me and many other comics book fans had never heard of it until the show came around. Which, to be honest, was a shame because there is truly nothing quite like it. It takes itself uber serious and not serious at all at the same time but somehow makes it work perfectly.

With the show coming out in the modern age there were plenty of changes and references to keep it closer to the world we live in today. Social media, live streaming, advertisements everywhere etc, the world is very similar to ours but very different in other ways. Like how there are so many superheroes, most comic books have a handful of superpowered characters. But The Boys seemingly has hundreds and hundreds more left to see, which is another way it differentiates itself from its competitors. The show is also very on the nose with references, real world events, political commentary etc which added to the connection we feel to it, and deepened the fictional world being created.

The show like the comics is uncompromisingly brutal, but now in live action the gore and more visceral moments are multiplied by a million. Overly bloody and very uncomfortable scenes like Starlight’s rape, lead to very tense and hard to watch moments but in the end, it helps to create a deeper connection to the show and the characters and leads to the watcher wanting the bad guys to get what they deserve. But just like in real life, the worst of us don’t always end up with the worst punishments.

Homelander in the show is very different from his comic book portrayal, while in the comics he does go mad and ends up becoming the villain due to the atrocities Black Noir performs while impersonating him. In the show Black Noir isn’t even a clone of Homelander making him a mostly original character. Which to be honest works perfectly well. The show also has many changes from the comic, most prevalent being Stormfront was a man in the comics, Becca Butcher dies in childbirth and a lot of gruesome and questionable things that wouldn’t be able to be translated to live action due to their very messed up source material. Usually, I despise changes to source material when something is being adapted but I feel here they made all the changes to make it a better product. Not just to change things for the sake of it or to appease anyone, which is something I feel most people do these days.

Season 3 also saw the adaptation of the infamous Herogasm storyline. An annual orgy where supes go to get their rocks off, but like most other these supes have many disturbing kinks and have no regard for the humans they hurt and maim. While not being a nice walk in the park I feel this episode could have been a bit darker. With all that happens in the comics and even in the show up until now I just felt it wasn’t as messed up as they planned it to be. Either I’m getting so desensitised to such violent and sick content or it just really wasn’t that extra or over the top. Especially compared to what I was expecting to see.

The Boys now wrapping its 3rd season is as popular as ever and due to its increasing popularity, which in turn is helping them justify branching out into other media. And on 4th March 2022 we got the first and possibly only season of the animated show Diabolical.

Which is described as an “Anthology of emotionally shocking and irrelevant stories set within the superhero universe of The Boys”, which I feel sells it a bit short. Because while being sold as irrelevant stories, one has Billy Butcher playing a main role which is great to see more of him and another shows Homelander’s introduction to the Seven and the world. Both episodes I feel flush and fill out the world that tiny bit more which I feel is more than worth the entry fee. The other episodes, while not adding anything to the overall story of the show or the comic, are just great extra pieces of media for fans of the franchise.

Every episode of Diabolical also has a different animation style which is a very weird decision, but I feel it shows the disjointed and not as important vibe of the show. Making sure they are all distinct from each other helps get that feeling it’s not all connected or important which I feel was done intentionally. The 2nd episode was also animated by the same folks as Rick and Morty, even sharing some voice actors which I thought was very cool because I am a huge fan of that show.

In conclusion The Boys isn’t like your normal superhero comic or show, it’s brutal, bloody, at times disgusting and always uncompromising. If that sounds like something you’d enjoy, then start reading and watching. I look forward to the last episode of the season and whatever the future holds for the franchise.