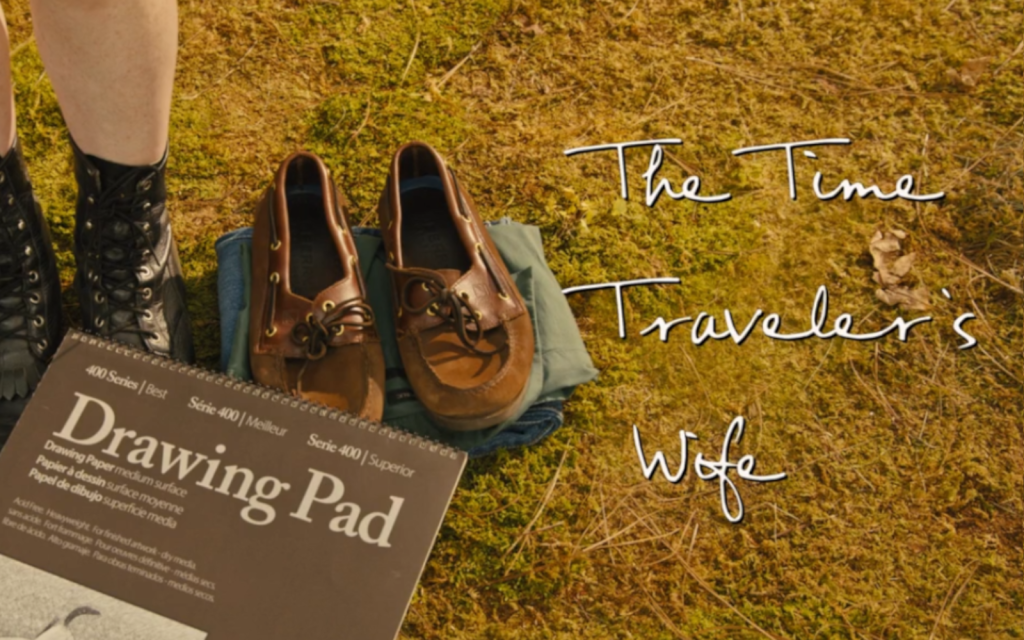 If there’s one thing that separates HBO Max from other streaming services, it’s that their original programming is released in a traditional weekly format and shuns the binge culture popularised by Netflix. Shows such as Chernobyl (2019) hold a grasp on the cultural discussion for longer than most do these days. What makes this strange is that Steven Moffat’s recent adaptation of The Time Traveller’s Wife, a series as dense and self-referential as much of his work (Doctor Who, Sherlock), had a release spread over six weeks. Review aggregator Rotten Tomatoes claims that the series “often kills the mood with its overdetermined conceit” but if there ever was a time for a romance drama to be deterministic, it’s when adapting Audrey Niffenegger’s 2003 novel The Time Traveller’s Wife.

A common criticism of the novel is that Niffenegger’s narrative is melodramatic – Henry (here played by Theo James) has a genetic condition in which he periodically disappears through time, and his chronologically-challenged relationship with Clare (Rose Leslie) suffers as a result. Despite both novel and series claiming that this is Clare’s story, she is often relegated to the role of pining for her lover to return. The pair imprint on each other and entwine themselves together – Henry meets regularly with Clare during her childhood and adolescence, whilst Clare meets with Henry during a dark period in his twenties. This is a narrative familiar to Moffat, as he infamously opened his years on Doctor Who with the titular protagonist meeting Amy (Karen Gillan) during her childhood, and his impact on her psyche is a common thread throughout her story.

Watching The Time Traveller’s Wife is not an experience marked by complicated plotting or overly deterministic storytelling, but it’s an exercise in déjà vu. Giving Moffat this particular novel to adapt is both ingenious and bizarre. On the one hand, it’s a perfect pairing of source material and writer. Steven is adept at playing with narrative structure, and he said in a 2017 interview that “I think the timeline of a story is fascinating… When does a story start and when does a story finish, and in what order do you tell it? This is not a matter of sequence. It’s a matter of point of view.” But this is a story that, after removing the spaceships and alien planets, we’ve seen him tell before. Niffenegger’s novel has clearly held a grasp on his imagination for years, as it is imbued in much of his writing. The stories of Amy Pond and River Song in Doctor Who are, in many ways, wholly the same as that of Clare and Henry. Using time travel as a means to explore how people in love can imprint on each other is a notion as natural as breathing to Moffat – with or without the jumbled-up timelines, any love story is simply two people in the right place at the right time of their lives. All The Time Traveller’s Wife does is shine a spotlight on that coincidence.

But the series shines that spotlight effortlessly. Clare and Henry’s interactions are humanistic and funny, and the portrayal of their relationship that occurs within Henry’s condition and not in spite of it makes for intriguing drama. Characters often speak in pithy comments along these lines – “old is what happens to new stuff if you wait around long enough” – and for those familiar with Moffat’s work it’s a particular tic in his writing that grows less effective over time. There’s only a limited number of quotable truisms in every writer. That’s not to say the series is dry or melodramatic like the book. Sometimes it’s a tragedy, other times it’s a sex comedy. Similar to a fantasy that many teenage boys would never admit to, two 16-year-old Henrys once met up and performed fellatio on each other. That’s the story of how Henry ‘came out’ to his father as a time traveller.

Another criticism of Niffenegger’s novel, as well as Moffat’s Doctor Who work, is the downright strange implications of an adult man meeting a young girl, only for them to fall in love once she’s an adult. This is unavoidable for any adaptation, but the 2022 series is brave enough for the characters to admit that their initial meeting was a bit weird, such as when Clare finds a My Little Pony doll and makes a comment about grooming it. Clare is placed into an inherently passive role – Henry is the one who gets to appear naked throughout time, the one who gets to punch people and take their clothes and money. Moffat makes a clear effort to give Clare agency, with a successful career and heaps of wit, and her own sex life outside of waiting for Henry, but living a static life compared to that of a time traveller will always relegate her to a less interesting and less active role. This story is only remarkable because of Henry, and not because of Clare. He’s the time traveller, and she is his wife.

The spectre of Henry’s death – involving huge pools of blood and a pair of phantom dismembered feet – hangs over the series from episode one, and the complete absence of his actual death from the story is another common trope of Moffat’s writing. Moffat is clearly fascinated by death, as the final ending of any character’s story (no matter how jumbled up) and when he allows himself to fully reckon with the subject matter, some of his best writing comes out to play. More often than not, though, he tends to shy away from characters dying in favour of ‘happily ever after’ endings. There are hints at several deaths which are never addressed. It’s a given that all characters will eventually die, and Moffat makes clear the point of view of a time traveller means that someone being dead or alive is a matter of perspective. But from the point of view of the audience, it comes across more clearly as dead ends. Whilst this is a love story and not a tragedy, it’s undeniably strange from a narrative perspective to foreshadow a death that we – as omniscient observers – aren’t shown.

It may seem as though I have issues with The Time Traveller’s Wife, but that’s only because the creative choices being made are interesting enough to talk about. I’d blitzed through the first part of season four of Stranger Things a few days prior to beginning this show, and it was like reading War and Peace after a weekend marathon of Mr. Men. The show is deeply engaging and consistently funny. I’ve only spent so much time comparing it to Moffat’s previous work because he himself is inviting the comparisons. In the Doctor Who episode Blink (2007), one of Moffat’s most famous, the character of Sally ‘speaks’ with the Doctor via a pre-recorded video, because he already has the transcript of their conversation. This is used for horror purposes, because it heightens the sense of isolation for the characters whilst giving them necessary exposition. In the finale of The Time Traveller’s Wife, due to a timeline mishap, a younger Henry watches a video of the wedding that he missed – and an older Henry appears in his place. The older Henry holds a middle finger up to the camera (confusing the camera man) and young Henry is angered – he returns the middle finger, whilst an older Clare comments ‘you’ll remember that’, and the old Henry gives another finger through the screen. These scenes are undeniably similar, but in The Time Traveller’s Wife it’s used solely for comedic purposes – as if Moffat is himself giving a tongue-in-cheek finger to his own writing, his younger self. It’s exactly the scene (and the show) you’d expect from him, and that’s sort of why it’s so fascinating.

The Time Traveller’s Wife is available for streaming on HBO Max.