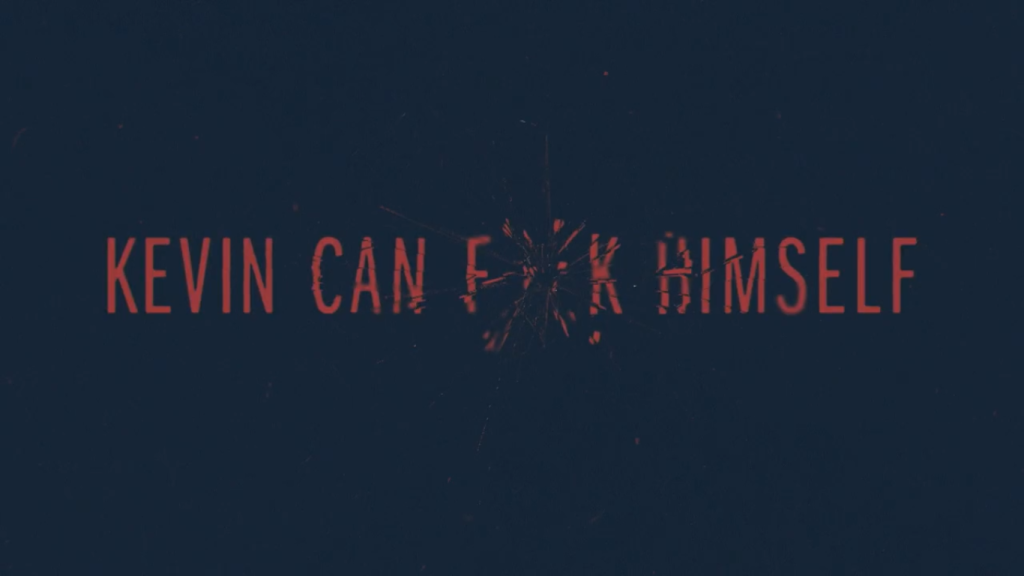 One of the sitcom’s most egregious and outdated tropes is the character of the long-suffering wife. Often a homemaker, this archetype is married to the male protagonist and stands by him through all his hair-brained schemes. From the nagging Marge Simpson (Julie Kavner) of The Simpsons (1989-present) to the overbearing Wanda McCullough (Kellita Smith) in The Bernie Mac Show (2001-06), she often acts as the straight woman, a maligned wet blanket with little agency outside of her eye-rolling courteousness and ability to make good meals. Perhaps the clearest example comes from ABC’s Modern Family (2009-2020) which, despite concentrating on an expanded cast of unconventional ‘modern family’ units, spends a third of its time with the Dunphy household – a white middle-class Protestant family in which Claire Dunphy (Julie Bowen) is introduced as a neurotic, wine-glugging housewife. The question is hardly asked – what are these strait-laced women doing, whilst their comically-useless and insensitive husbands are making the world laugh with their antics?

Though modern sitcoms have generally moved away from the family unit set-up, and the roles of women in scripted comedy have inarguably expanded – take Shrill, which ran from 2019 to 2021 and told the stories of two working Millennial women – the long-suffering wife trope is deconstructed in Valerie Armstrong’s AMC dark comedy Kevin Can F**k Himself (2021). Played by Annie Murphy (Schitt’s Creek), Allison McRoberts struggles to take back her life from the grasp of her idiotic husband, Kevin (Eric Peterson, Shrek The Musical). He’s based on a clear amalgamation of sitcom husbands, from the infamous Married… With Children’s Al Bundy (Ed O’Neill) to the 2017 sitcom Kevin Can Wait’s Kevin Gable (Kevin James). When Allison is around Kevin, her life is shown as a typical multi-camera vapid sitcom, with strong studio lights and canned laughter. Kevin and his reckless friends will constantly spout one-liners, often at her expense. But when she’s away from him, the world is washed-out – akin to a TV crime drama, where the streets are filthy and the local garage doubles up as a place to buy coke.

These dual realities are fascinating to watch from the beginning. Allison, in Kevin’s presence, stands around doing laundry and forcing a smile. In private, she drinks and has an affair with her boss. Everyone tells her how lucky she is to have such a fun and hard-working husband, to finally be settled in life. She wants to own a home, but Kevin spent their savings on a counterfeit sport memorabilia scheme. She dreams of escaping him, only to be woken up by more of his inane (and expensive) nonsense. While her husband is off terrorising the new neighbours with his buddies, she realises she wants to kill him. Because it’s all about Kevin. Everything in life is tied to him – and in the sitcom version of Allison’s reality, the universe is crafted around him. He always gets away with his misdeeds, whilst Allison spends much of her time embroiled in a deadly world of drug dealers and cops. Sometimes the contrast between these styles struggle to adhere together – whilst Allison tries to buy oxy to make him overdose, Kevin is setting up an escape room in their basement. Kevin Can F**K Himself never truly falters, though, in making a stark statement about the nature of sitcom writing. There could’ve been a better intertwining of the two realities, like the melding of storylines in episode 8 where both Kevin and Allison react to a criminal breaking into their home in very typical sitcom and crime drama plotlines.

By the necessity of the sitcom format, Kevin never develops or changes. He consistently treats his wife insensitively, and everything from a neighbourhood feud to the prospect of being a father is just another farcical rush of blood to his head. He, like many sitcom husbands, isn’t a good person. And yet Allison, falling deeper and deeper into her own issues and mistakes, isn’t much better. Kevin’s a terrible husband – but he doesn’t deserve a hit out on him, and it elevates the entire show that Allison’s crime drama is just as stylised and her character is just as reprehensible. The contrast between Kevin’s heightened world, where he can run between two birthday parties at once for maximum farce, and Allison’s harsh reality of extramarital affairs and hired hitmen directly confronts a sexist trope. What does the sitcom wife do all day? Well, while he’s trying to become a rockstar, she’s screwing around with her boss and enacting plans to have her husband killed.

The long-suffering wife has, traditionally, very little of an internal world. Her needs are seen as shallow, her dreams are ridiculed as ‘women stuff’. Wanting to own a home is ridiculous, but getting blackout drunk on your anniversary sounds like a good time. Allison’s wants are consistently shattered by the actions of Kevin, and his bulging eyes and larger-than-life mannerisms shift from cliché to obnoxious to reprehensible the lower Allison sinks. He’s the husband, the hard-drinking joke machine who comes up with a new idiotic scheme every week. Every conversation, as the protagonist of his own show, orbits him because nothing will ever be as important as whatever just popped into his skull. But similarly, Allison’s internal world is one of confusing and often-contradictory motivations. In the style of a grim and overcomplicated crime drama, she veers wildly from wanting to stay with Kevin in a fancy home to wanting him murdered. Simply writing a sitcom wife as a real human wouldn’t have had the same impact as placing her into a completely different genre. The deconstruction isn’t just ‘what do sitcom wives do all day?’, it’s ‘how far could a sitcom wife theoretically go, in the face of a terrible marriage?’

Kevin’s trite wants and behaviours, such as his affinity for baseball memorabilia and chilli cookoffs, are cutesy in a boisterous sitcom setting. But here’s the thing about the Phil Dunphys, Al Bundys and Kevin McRoberts of the world – their childish antics, misanthropic beliefs, or gluttonous indulgences might be funny on a multi-camera set with a laughter track breaking up their rhythms of speech, but in the real world those are the men that whittle away their loved ones’ savings whilst lying to them about it every single day. Outside of the image crafted by teams of writers, when they’re not played by accomplished actors and comedians, these are the men who play games with the women in their lives. The men who will never stop their wandering eyes or think twice about criticising his wife at every opportunity, simultaneously objectifying and disparaging her, just so he can needle his way inside of her brain and get what he wants. The men who joke about marriage being terrible, despite having proposed in the first place. The men who feel, but would never say aloud, that this is all they want from life, and they’ll do whatever they want and they’ll never stop, and that their wives should shut up about it and get back in the kitchen. And to maybe grab him another beer while she’s in there. It was only a matter of time before one of those men found an ice-cold shard of a broken beer bottle in his neck.