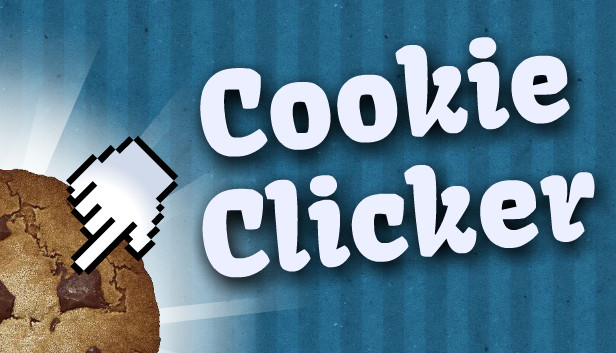 At this very moment, I’m baking over 11 tredecillion (1.15e+43) cookies per second. I have 700 grandmas trapped in indentured servitude, and over 500 of my time machines are retrieving cookies from the past. There are hundreds of planet-sized brains dreaming cookies into existence, and my plethora of interdimensional portals to the ‘Cookieverse’ are making local children “strange and corrupted”. I have discovered far-flung planets with cores of pure, molten chocolate, and entire ecosystems have adapted to the cookie particles present in all living beings, caused by factory run-off pumped into rivers and oceans. Welcome to Cookie Clicker.

Created by French programmer Julien Thiennot in 2013, Cookie Clicker is an idle browser game about clicking a cookie to make more cookies. With enough clicks, you can use cookies to purchase a cursor, which automatically clicks for you. With enough cursors clicking for you, you can afford a grandma to bake more cookies. Chocolate mines, alchemy labs, and antimatter condensers wait in the shadows, allowing for more and more cookies to be baked per second in increasingly ludicrous and frightening ways. That’s the entire game. There is no end, no credits will roll – there’s not even a story, in the traditional sense – and yet after a decade, Cookie Clicker still retains a committed fanbase that discusses playstyles, theories, and compares intimidating mathematic formulae to order to fully maximise how many fictional cookies they can bake.

It’s hard to know, if anything, what Cookier Clicker is about. There’s not much to it, yet clearly, its mechanics and presentation have captivated people for almost 10 years. Part of the appeal is clear, because making numbers go up – which is called vertical progression – has been an integral part of the artform since the origin of games. Even as I write this, I’m alt-tabbing back to the site every fifteen seconds to check up on my bakery. Roisin Kiberd, in a 2016 article for Daily Dot, called the game “a parable about how capitalism will destroy itself “. There is a dark humour to the way everything is presented, with a ‘news ticker’ at the top of the page showing developments in a world increasingly flooded and dominated by your cookie profiteering. “Explain to me again why we need particle accelerators to build cookies”, one fictional headline reads.

But sometimes these news updates are just silly flavour text; “man robs bank, buys cookies”. Then it becomes a bit more ominous, such as a quote from my army of baking grandmas calling me “the nasty little thing”, or the proclamation “you have been chosen, they will come soon”. After just 2 days and a total of 254.276 trillion cookies baked (chicken feed, compared to how my playthrough would end up), the news simply said, “it’s time to stop playing”. But I did not relent.

After almost six days, and angering my grandmas so much that they started the ‘Grandmapocalypse’, my cookie production ground to a halt.  I ‘ascended’ – resetting the game to the beginning with additional legacy perks – after a moment of genuine panic. These perks weren’t as effective as I expected, so being back at square one felt like a real loss. It had only been a week of baking fictional cookies, and yet I felt as though I’d laid my own child in the ground. Weird. It turned out the ticking up of numbers had quickly taken hold of my dopamine, and I began watching the game more closely than ever. Thus continued my endless journey through H. P. Lovecraft’s The Great Cosmic Bake-Off.

Transforming antimatter into cookies, baking cookies out of light, generating cookies from pure chance; it was like a hall of mirrors in my brain, and everyone was baking. If it is a parable about late-capitalist dystopic overproduction, Cookie Clicker definitely makes its point.

With 6,500% additional cookies per second, due to another ascension, the sold intention to bake as many cookies as possible became irrelevant. Cookies came flying in thanks to the added perks, and I returned to my pre-ascension level (which had previously taken two weeks to reach) in under two hours. With a cookie-industrial complex producing infinitely more cookies than the longest possible lifespan of a human in seconds, the game stopped being fun in its initial sense. In a game with no destination, it shouldn’t have been a surprise that the enjoyment came from the eternal journey.

Instead, the aim of the game shifted towards gaining achievements. I’ve never taken completionism seriously as a mode of gameplay, because it encourages a prescriptive mindset for an artform that can uniquely offer choice and expression to its audience. Creating cookies became something of a non-issue, as my production per-second had become a number so stupidly high it was represented as a string of letters and symbols (how many zeros does an undecillion have, anyway?). As a result of the additional legacy perks now giving over +1,000,000% CpS, my attention was shifted over to gaining the total number of upgrades and achievements.

Cookier Clicker, like many games, offers a feeling of simulated achievement and progress. I am quite literally sitting here and planning the next move of my cookie empire. ‘Should I buy 10 fractal engines now, or wait another hour and buy 10 more cursors?’ is a genuine question I have asked myself today, and the flash of self-awareness the thought conjured up was surreal.

Whether the game truly is a commentary on greed and profiteering, and the ongoing weirdness that is the 21st century, doesn’t entirely matter. If it is, then Thiennot was truly ahead of the curve when it comes to satirising the modern world. If not, then he has managed to stumble upon a method of making a point about apocalyptic, profit-driven doom simply by coding strings of numbers and posting it on a message board. You become complicit, either way, in saturating the universe with something so absurdly apocryphal as baked goods. You are the originator of your very own conquest of bread. So, after 500 hours, a grand total of over 13 quindecillion cookies baked, well over a million mouse clicks, and a self-diagnosed case of carpal tunnel syndrome, here’s what I learned – I need to stop playing Cookie Clicker.