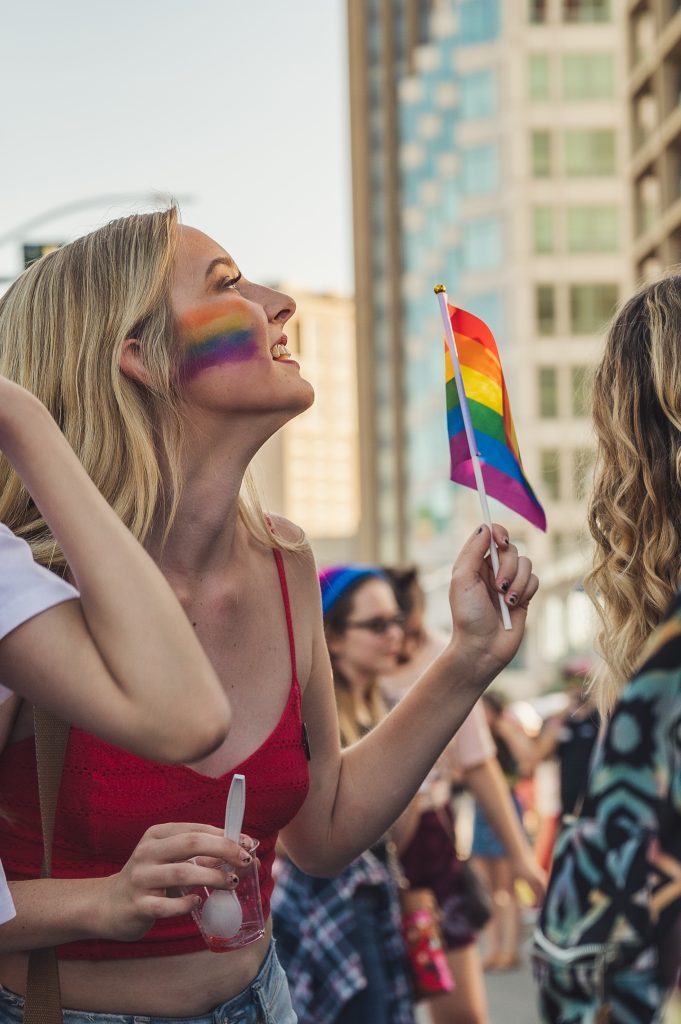 Many words are used to describe sexual orientation and gender identity: gay, straight, bisexual, transgender, and so on. One of the most common words that you may hear is “queer”- and what a queer term that is! How did a word that originally meant “strange” or “odd” become such a crucial and universal term for the LGBT+ community? Why would anyone want to be called queer? Let’s take a look at the meaning and history of queer.

What does queer mean?

In a nutshell, queer means “anyone who is not heterosexual or cisgender” (and “cisgender” means that you identify as the gender you were assigned at birth). It can be used as an umbrella term, as in “the queer community”, or some people identify as queer. Many queer people identify themselves as such because they don’t want to or don’t feel able to put a more specific label on their gender or orientation. In the same vein, queer is a popular umbrella term as it encompasses all non-straight and non-cis identities in one word, and is less of a mouthful than the LGBT+ acronym.

The History of Queer

Queer as an insult

Queer has meant “strange/odd” since the 18th century and was used in several phrases, for example, “being on Queer Street” (to have difficulties, in particular financial difficulties). It wasn’t until the late 19th century that queer took on a new meaning, as a derogatory term for a gay person. One of the first recorded uses of queer in this context was in a letter written in 1894 by the Marquess of Queensbury, who had accused the Prime Minister, Lord Rosebery, of seducing the Marquess’ son, and referred to Rosebery as a “snob queer” (The Marquess would later go to court against Oscar Wilde, having accused Wilde of seducing one of the Marquess’ other sons). Queer became a popular insult for gay men in the early 20th century and is sadly still used by homophobes today. In the 1980s, however, queer activists began to reclaim the word for themselves.

Many queer people decided that they didn’t want or need to fit into the standards of straight society – if they were going to be called queer, then they’d own it! Organisations such as Queer Nation used the term proudly, and people began to self-identify as queer.

When activists chanted “We’re here, we’re queer, get used to it!”, it was intended to shock the average person, who would still consider queer to be a terrible insult, but nowadays, it is a fairly normalised term. The popular Netflix show Queer Eye currently has a 6th season in the works, and many unis offer courses in Queer Studies or Queer Theory. However, despite this progress, queer is still a somewhat controversial term. Some LGBT+ people are understandably uneasy with its use, considering that it is the same term that is used to bully and mock them. Sadly, this is the case with many LGBT+ terms (growing up, I often heard “that’s so gay!”) and there are no easy answers to this. Of course, don’t refer to people as queer if that makes them uncomfortable, and certainly call people out if they use LGBT+ terms in an insulting and derogatory way. No matter how you feel about it, it seems that queer is here to stay.

What do you think?

Do you identify as queer? How do you feel about its usage? Please comment with your thoughts – I would love to hear them!