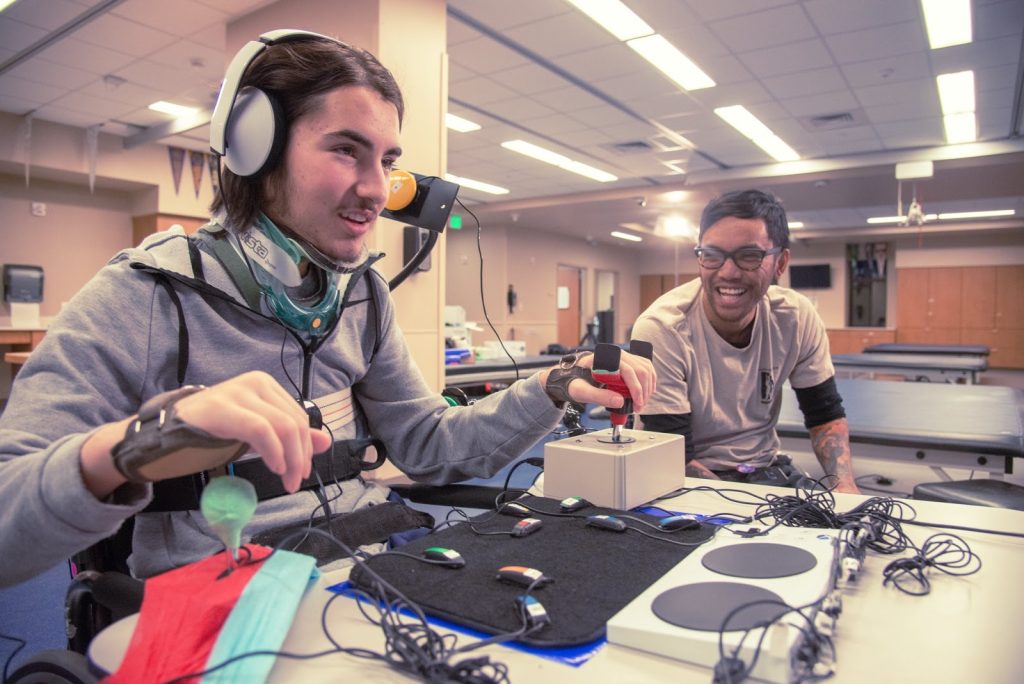 Whether you want to make a one-off donation this Holiday season or you and friends are planning to make a video game fundraising event, there are many fantastic gaming-related charities that are worth fundraising for. These charities positively impact the lives of many people, including disabled and sick children.

SpecialEffect is a UK charity which helps disabled people, specifically children, to have the ability to play video games. The charity works with different manufactures and developers to develop controllers or other devices specifically specialised to make video gaming easier. A technology that SpecialEffect has developed, is an eye-tracking software called EyeMine. EyeMine allows a disabled person who may not have the ability to use their hands or feet, to play a video game like Minecraft with their eye movements.

Along with compatible games like Minecraft, SpecialEffect also have a website called Eye Gaze Games, which contain a selection of free and accessible video games that use eye-tracking software that anyone can play.

TheRockinR is a small UK based charity that was set up in May 2018 as a legacy to Reece Miree, a young boy who sadly lost his battle to brain cancer. The charity provides medical gaming carts to children’s hospitals, so that sick children can play video games while receiving treatment. This is important because video games act as a coping tool for a lot of children and promote interaction with others.

TheRockinR medical gaming carts contain the latest Xbox Series S consoles with at least 20 of the latest age-appropriate games pre-loaded on the console. These medical carts have been designed with mobility in mind to allow the console to be easily wheeled to a patient’s bedside or other areas within the hospital.

The charity’s website suggests the best way to support them is by either donating to them directly or setting up a fundraising event, like a gaming marathon.

Games Done Quick is a semi-annual gaming livestream event where “professional speed runners” speed run through various video games to raise money for charity. In its 9-year history, Games Done Quick has teamed up with other charities like Prevent Cancer Foundation and Doctors Without Borders and raised a total of $34 million to date.

Like SpecialEffect, The AbleGamers Charity provides modified controllers and other technologies like custom-designed gaming setups which assist disabled gamers to play video games. Some of The AbleGamers Charity’s biggest donators consist of companies like Xbox, Humble Bundle and Twitch – donating over $250,000, respectively.

The AbleGamers Charity have a “Level Up” Campaign that allows a donator to sign up to give a monthly recurring donation of an amount of their choosing.

ExtraLife is an annual fundraising event where people sign up to play an entire day of video games, while collecting donations from friends, family, and livestream viewers. The donations go directly to children’s hospitals to help sick and injured kids. Since its inception in 2008, ExtraLife has had over 100,000 “heroes” raise over $87 million for Children’s Miracle Network Hospitals across the United States and Canada.

A few notable fundraisers that made a significant impact for ExtraLife:

St. Jude Play Live gives gamers essential tools like livestream overlays and leader boards for their personal or team video game marathons on Twitch and other livestreaming websites. When you sign up to St. Jude Live, your fundraising donations go directly to the St. Jude Children’s Research Hospital, so children with debilitating illnesses like cancer can be treated. For your fundraising efforts, St. Jude Play Live allows you to earn prizes like t-shirts and other cool swag.