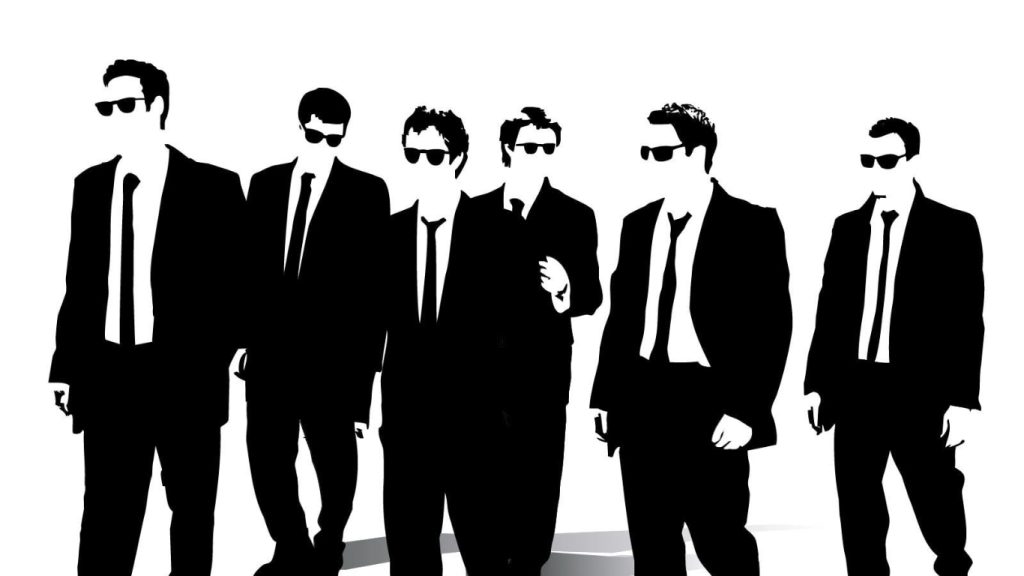 I’m a big fan of crime films and it’s hard to pick which decade has the best ones, but for me personally the 90’s takes the cake. I love the style of storytelling and the advancements of filming in this era, and the rise in new actors is really cool to look back on, so I have narrowed down my favourites to just six and I’d love to know if you agree or disagree!

A 1996 psychological crime film directed by David Fincher, with screenplay written by Andrew Kevin Walker. The story follows Detective William Somerset and Detective David Mills, who investigate a series of murders inspired by the seven deadly sins, each victim representing a sin. After identifying the killer a chase ensues, but is unexpectedly stopped when the killer confesses. He demands both detectives to meet him in a secure location that supposedly holds himself and the last two victims. Once they meet him, it’s revealed that the box he’s holding represents envy, and the killer himself represents wrath.

I really love the originality of this film and the uncertainty that follows throughout. Brad Pitt and Morgan Freeman are a great pairing and really brought the film to life, so to speak.

A 1995 drama crime movie directed by Frank Darabont, based on the 1982 novella Rita Hayworth and Shawshank Redemption by Stephen King. Taking place in 1947, Andy Dufresne is falsely convicted of murdering his wife and her lover and is sentenced to 2 life sentences. In the Shawshank State Prison, he meets Red, an inmate serving one life sentence who helps smuggle in contraband, and the story follows their friendship throughout their time in prison. Andy then asks Red for a Rita Hayworth poster and tiny rock hammer, which help lead to his escape, as revealed later in the film.

I found the story-building in this film really interesting as the audience only discovers Andy’s plan once he’s succeeded, just like how the police find out.

A 1993 crime drama film directed by Brian De Palma based on Judge Edwin Torres’ novels Carlito’s Way and After Hours. Carlito Brigante is an ex-criminal looking to leave the drug business and retire in paradise, however, his lawyer steals $1m from an Italian mob boss. The story then follows Carlito as he tries to stay innocent, whilst also helping his friend after he kills the mob boss. Carlito is offered a deal and freed from the police: he buys train tickets to Miami for himself and his pregnant girlfriend but is chased through the station by the mob boss’s gang.

I love Al Pacino as an actor anyway, so I may be slightly biased, but I really enjoyed this film, especially the foreshadowing of Carlito’s death in the opening scene.

A 1990 biographical crime film directed by Martin Scorsese is an adaptation of the 1985 book Wiseguy by Nicholas Pileggi. The story follows Henry Hill and his life in the mafia between 1955 to 1980. His work in the business starts off as petty crimes, but as he becomes more well-known and closer with existing members of the mafia, his crimes get more violent, leading to killing an associate. After ignoring orders from his boss, Henry and two co-workers plan to smuggle $6m worth of cocaine, leading to Henry’s addiction and arrest.

Goodfellas is one of my all-time favourite films directed by my favourite director, so again I may be slightly biased, but I really loved the narration of Henry telling the story of his slow descent within the job.

A 1992 original crime film written and directed by Quentin Tarantino. Six strangers hired by a crime boss are assigned to pull off an armed robbery at a diamond warehouse. The police show up almost immediately after they arrive, and the members start to panic that there’s an informant amongst the group. The story follows the members trying to figure out who it is, but two are shot in a shootout with the police leaving one dead and one seriously injured, and another flees the scene with a load of diamonds.

Of course, I love the classic violent nature of Tarantino films, my favourite being Inglourious Basterds, but I really like how Reservoir Dogs takes a different turn and focuses more on dialogue and character development.

Silence of the Lambs

A 1991 psychological horror and crime film directed by Jonathan Demme, adapted from the 1988 novel written by Thomas Harris. A young FBI trainee is on the hunt for a serial killer and searches for help from an imprisoned psychiatrist and cannibal, Dr Hannibal Lecter. After the search for the killer begins, another victim is found, which increases the urgency of the investigation. Whilst this is happening, Dr Lecter kills the prison guards and escapes to the Bahamas, taking Dr Chilton (a doctor helping the investigation) captive.

A classic horror crime that keeps you guessing about the severity of Dr Lecter’s crimes. I’m also a big fan of the Hannibal tv-series and to see the inspiration taken from this film in the show is really interesting.